Weird London: From chessboxing to Cosplay, join the city’s oddballs and eccentrics this month

In recent years, these competitive subcultures, linked only by the fact they’re utterly unique (and a bit nuts), have grown to epic proportions.

Tim Woolgar, founder of London Chessboxing, has introduced the sport to over 8000 live spectators in only three years.

“Playing chess demands a lot of attention and focus,” says Woolgar. “Try doing it straight after you’ve been in a boxing ring – it’s intense.”

The sport has become so popular that this week’s fight night at the Royal Albert Hall has sold out, although one lucky TNT reader can win a pair of tickets to the event if they keep an eye on our Facebook page throughout Monday October 8.

The not-so-lucky can watch live streaming of the bouts on London Chessboxing’s website.

But if you’d rather get in the ring than sit on the sidelines, you can have a go at chessboxing yourself at the Islington Boxing Club every Saturday. Sessions run from 10am until noon and include coaching and workouts for just £8.

Woolgar claims the sport brings two “parallel universes” together, and it’s this offbeat marriage that has seen it really take off.

Opponents not only have to out-thump each other, but they also have to out-think each other. He reckons it’s a great spectator sport: “People get as excited about a pawn as they do a punch. It’s stunning and hugely emotional.”

Meanwhile, as left hooks and rooks are flying, cosplayers across town will be beavering away at their costumes to be ready in time for the EuroCosplay Championships. 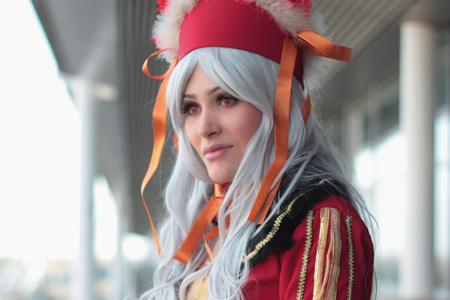 James Funnell has been organising cosplay events in London for three years. This year, 150 entrants will take part at the London ComicCon MCM Expo at ExCel on October 26-28.

Funnell explains that costumes will be rated in categories such as accuracy (to the original character), creativity, quality of materials and performance. “Geek culture has expanded,” says Funnell.

“The recent surge in fantasy films has made what we do cooler, but people still say ‘what the hell?’ because they can’t get their heads around the fact it’s not football or EastEnders.”

Professional cosplaying is expensive stuff. Neil Lockwood, the winner of the EuroCosplay Championships 2011, spent a year working on his costume (of Skeksis Chamberlain from fantasy film Dark Crystal). 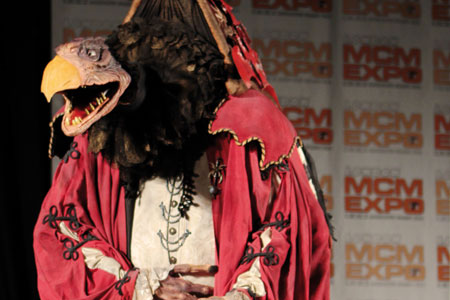 “It would have cost him at least £1000 to make,” estimates Funnell. “He even got tips from the original costume designers of the film. They said his version was better than the one they created in the Eighties.”

While you may mock adults who play fancy dress at the weekend, Funnell simply loves the attention: “We can perform on stage and everyone takes our picture, it’s a real buzz.”

Watching grown-ups parade around in their fantasy finery and chessboxing not weird enough for you? We’ve only just got started. Turn the page to discover more of London’s oddities.

Yay for equality! Young female drivers are now as dangerous as male drivers