A pizza restaurant worker talked a would-be armed robber round, by offering him chicken wings.

The suspect was wearing a hoodie and a bandana across his face as he demanded money at the Papa John’s pizza restaurant in Montana.

As the cashier started to comply, the man broke down in tears, saying he was just trying to provide for his family.

The staff member then offered him a pizza and chicken wings.

The Pirate Party is now  an official political organisation in Australia after passing the necessary Australian Electoral Commission tests.

While it’s easy (and fun) to imagine a country overrun with peg legs and eye patches, the party will in fact focus on whistleblowing and data retention.

“As the prime minister condemns whistleblowers and publishers without trial, the spectre of data retention looms, policy is laundered and Australia’s interests are sidelined by faceless diplomats and bureaucrats through ill-considered trade pacts, there has never been more reason to put pirates in parliament,” party founder Rodney Serkowski said.

If the party is successful, Australians will be able to vote their favourite pirate candidate into parliament at the next Federal Election. 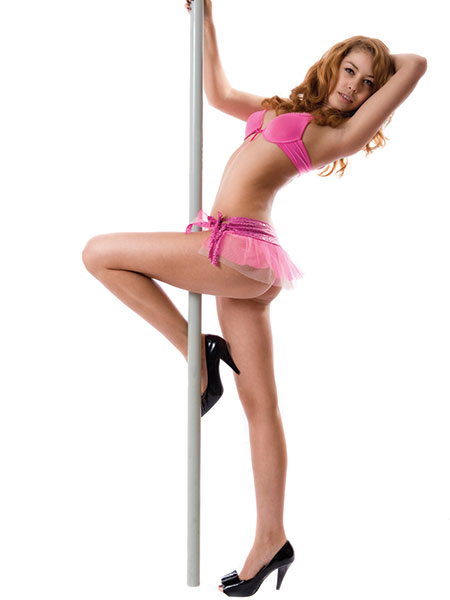 A library is offering free pole-dancing classes in a bid to attract new readers through the door.

Midlothian Council believes it is the first local authority in Scotland to hold such an event.

It will run the session at Mayfield Library in Dalkeith on February 2, which is Love Your Library Day.

Other activities in the area’s libraries include “booky table tennis” in which players use books instead of bats.

There will also be Scottish country dancing, head massages and an Xbox challenge on offer.

“The pole fitness session is a fun and interesting way of encouraging more people into our libraries, and ultimately borrowing more books,” a council spokesman said. 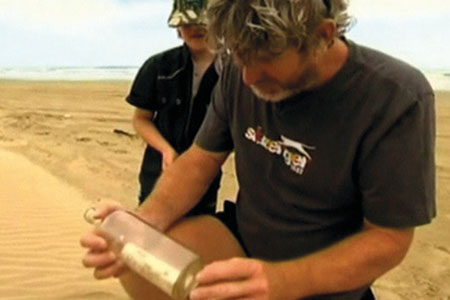 A message in a bottle found floating in the ocean has been returned to the family of the man who wrote it after 76 years.

Geoff Flood was walking on the beach at Ninety Mile Island when he saw the bottle. Inside was a note on P&O headed paper, carrying the ship’s name SS Srathnaver and the name H E Hillbrook.

The message read: “At sea. Would the finder of this bottle kindly forward this note… to undermentioned address.”

After investigating, Flood found Herbert Ernest Hillbrook had passed away in the 1940s.

He contacted Hillbrook’s family, and returned the bottle and message to his grandson Peter, who lives in Perth, Australia.

“The only connection I have to grandfather now is that bottle,” Peter said. 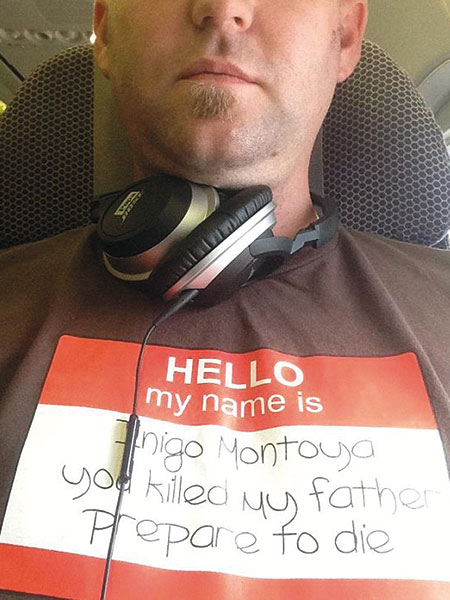 A T-shirt based on a children’s film caused panic on a Qantas flight from Australia to New Zealand.

The tee, pictured above, worn by Wynand Mullins, was based on 1987’s The Princess Bride and read: “Hello, My Name Is Inigo Montoya and I am here to kill you.”However, some passengers failed to see the funny side.

“The flight attendant said to me: ‘Are you able to remove it because some of the passengers are quite intimidated by it?’ I thought it was silly.

The person next to me was laughing, because they knew the movie,” Mullins said.Qantas said there was no record of the incident, but a spokesman added it has standards for “slogans which passengers may find offensive or threatening”.

Kiwis are among the worst performers in the Australian citizenship test.

Figures reveal Kiwis average 72.6 per cent, compared to 97 per cent and up marks from applicants in Europe.Brits are 18th on the list with an average score of 95.6 per cent.

To pass the test, which includes questions such as ‘What do we remember on Anzac Day?’, applicants must correctly answer 75 per cent of the 20 questions.

Hughes in, Marsh out