Being a nice person sometimes does pay off. An elderly lady left her entire estate – worth £8m – to her neighbour who brought her bread and milk, snubbing her family.

Harris, who died aged 95 in 2009, chose to bequeath her worldly possessions to Beatrice Gray, who used to help her out with chores at her Sydney home.

Niece Coralie Hart said Harris was deluded when writing the will. But the judge rejected this, hearing Harris hadn’t spoken to nieces and nephews in 13 years.

An editor is being accused of deliberately deleting words from the Oxford English Dictionary.

Wanganui-born Robert Burchfield, who died in 2004, secretly removed thousands of entries for years because he didn’t approve of their foreign origins.

The deception was uncovered by Sarah Ogilvie, a linguist, lexicographer and former editor on the OED, who reveals them in a new book, Words Of The World.

Examples of Dr Burchfield’s deleted words include balisaur, an Indian badger-like animal; the American English wake-up,
a golden-winged woodpecker; boviander, the name in British Guyana for a person of mixed race living on the river banks and danchi, a Bengali shrub.

“This is really shocking. If a word gets into the OED, it never leaves.

If it becomes obsolete, we put a dagger beside it, it never leaves,” Ogilvie said.

“He said he opened up the dictionary, and put in swearwords for the first time.

The claim is true. In that sense he was the first to bring the dictionary into the 21st century.” 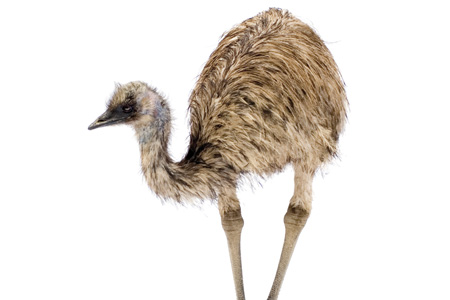 Police in a Flap After Emu Escapes – United Kingdom

An escaped emu has been detained by police after it was spotted walking through a busy town centre during rush-hour.

Devon and Cornwall Police were called to Barnstaple in north Devon after the 1.3m bird was spotted by locals.

Acting Sergeant Zoe Parnell and PCSO Stephen Huxtable found the emu and managed to catch it.

A police spokesman said: “Although the bird was in a state of panic, they managed to coax it into the rear of the police car and call the owner.”

Couples are paying sex advisers up to £150 per hour to watch them copulate in order to give them advice.

The New York fad has really taken off, according to a sex tutor who says he has around 200 clients that he watches while they’re making love.

Therapist Eric Amaranth has also observed semi-famous couples ‘doing-it’ in front of him, sometimes offering them toys and tips during and after the deed.

Amaranth has coached couples on the verge of breaking up, as well as single people who are interested in pleasing themselves.

‘Students’ can choose between virtual sessions via Skype, for £110 an hour, or coaching in the flesh – where he’ll come
to a designated hotel room and watch. 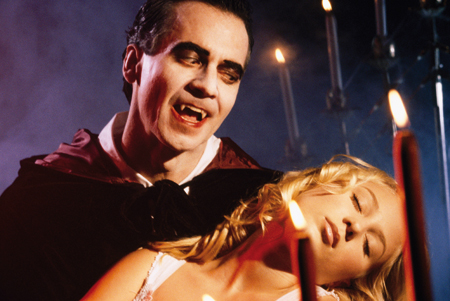 A warning has been issued in Serbia warning residents to beware vampires and to prepare with garlic and crosses. No, it’s not a prank or a belated Halloween story.

The authorities’ concern comes after a mill – home to the nation’s most well-known vampire – collapsed.

Fables claim Sava Savanovic lived on the Rogacica river in Zarozje village, where the building was. Mayor Miodrag Vujetic said: “People are worried, everybody knows the legend of this vampire and the thought that he is now homeless and looking for somewhere else and possibly other victims is terrifying people. We are all frightened.”

Tourism New Zealand’s “100% Pure” marketing campaign is not to be taken literally, the prime minister has said.

The slogan came under fire when international media said it misrepresented the country, but John Key has stood by it.

“Overall, 100% Pure is a marketing campaign. It’s like … McDonald’s ‘I’m Lovin’ It!’ – I’m not sure every time someone’s eating McDonald’s they’re lovin’ it.

He also urged Kiwis not to run the country down with research which “might not be factually correct”.