Where to go for New Year’s Eve? The best party hot spots in Europe to bring in 2013

New Year’s Eve is always one of the most epic nights out of the year.

A blur of champagne and shots, dancing and party poppers and, of course, throwing your arms around your besties (or people you just met a few hours earlier) and telling them you love them.

So how about going one better this year and taking the party overseas?

All across Europe there are seriously banging celebrations going on to usher in 2013, so make this your best NYE yet and choose from one of these fabulous bashes. 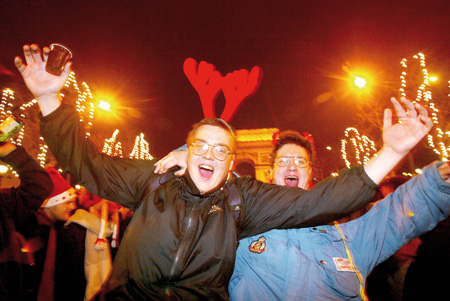 The scene: In Germany, the end of year festivities are called Saint Sylvester’s Day. Berliners hold what might just be the biggest outdoor bash in the world – the ‘party mile’ stretches from the famous Brandenburg Gate to the Victory Column.

Stay along this route and it’s guaranteed you’ll never be more than a few feet away from your next drink.

Midnight: Berlin really goes for hi-tech light shows as well as fireworks at the stroke of midnight.

As the hour approaches, find a place to party in a spot where you can see the Brandenburg Gate, as it will be illuminated with brightly coloured laser beams.

Then all you need to do is make sure you have a glass of Sekt, Germany’s top sparkling wine, in your hand to see in 2013.

After hours: You’ll be spoiled for choice if you want to spend the rest of the night dancing, as Berlin is still Europe’s clubbing capital.

Get your techno head on and pile into one of the huge nightclubs such as Tresor (tresorberlin.com) and, if you think you can take on the infamously tough bouncer, Berghain (berghain.de), until it’s light outside. 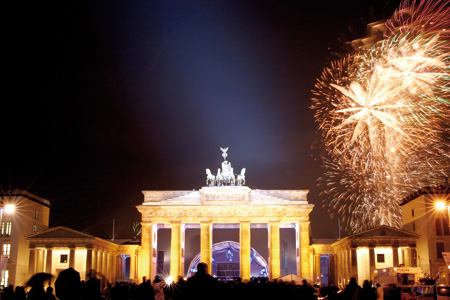 The scene: Celebrations in Paris start early in the evening, usually with an enormous dinner with family and friends. Then everyone heads out for the night and central Paris turns into one giant street party.

Do as the Parisians do – wrap up warm, grab plastic flutes and a few bottles of the nicest bubbles your budget will allow and find yourself somewhere scenic to settle in.

Midnight: Big crowds gather around the Eiffel Tower, the Champs-Elysees and Montmatre, where there are spectacular fireworks displays.

Smooching is big in Paris all year round, obviously, but on NYE the French take it to a whole new level. Grab a stranger, a loved one, or whoever takes your fancy, and pucker up. Bonne année!

After hours: A long night out in clubs is likely to be pretty expensive, so try and get the bulk of your boozing done before you hit the afterparties.

Lots of the biggest clubs around the Champs-Elysees area will have gigantic queues, so make sure you book tickets in advance. 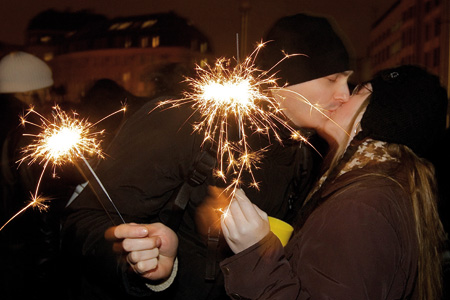 The scene: The biggest “oud en nieuw” (old and new) party in the city in the the Oosterdok area of Amsterdam, with the VOC Ship, Science Center NEMO and Scheepvaartmuseum forming the backdrop for the celebrations. Featuring performances and a spectacular fireworks display, the event kicks off at 23:15 and ends shortly after midnight.

Amsterdammers tend to go in for traditional New Year’s Eve snacks of oliebollen (sugar-coated doughnuts) and appelflappen (apple fritters), and this is the time to get stuck into them – before the serious drinking begins.

Midnight: The best place to watch the official fireworks display over the Amstel River is from the Magere Brug (Skinny Bridge), but there are also big, wilder displays around Niewmarket, Amsterdam’s Chinatown, where firecrackers are let off in gardens and up and down the streets with reckless abandon.

After hours: It’s all about seeing the night through here, so carry on the celebrations in one of the city’s megaclubs, such as the ever-pumping Paradiso ( paradiso.nl).

Bear in mind you’ll need to book party tickets well in advance – and be prepared to shell out as club entrance fees go through the roof. 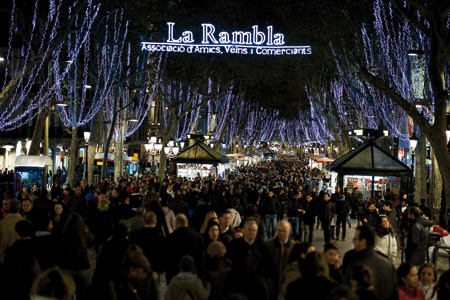 The scene: Barcelona’s celebrations start late, and many people prefer to see in the new year at home with family before heading out to ‘cotillones de nochevieja’ parties – ‘cotillion’ means party gear such as confetti, hats and tooters, so you get the kind of bash we’re talking about. Bring on the cheesy dancing …

Midnight: At each chime of the clock at midnight, Spaniards eat a grape.

The tradition started last century when grape growers in Alicante would gobble down their surplus produce when they’d had a bumper year and now it’s become a good luck tradition for the new year.

Of course, you can always choose to consume your grapes in liquid form instead – swigging some vino is probably a much more fun way to celebrate.

After hours: The areas around Plaça de Catalunya and Las Ramblas go absolutely nuts in the small hours, with people carrying on the festivities in the streets as well as the bars and clubs.

Had enough of the clubs? Head to the beach to see in the first few hours of 2013 while sitting on the sands. 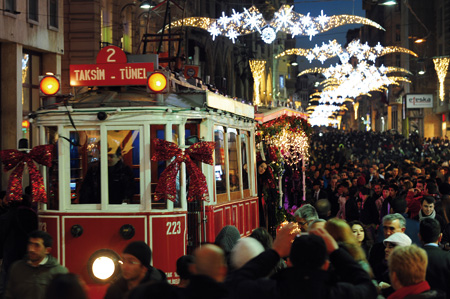 The scene: The New Year’s celebrations in Istanbul seem to grow every year.

Street parties pop up all over the city, but the biggest, complete with DJs, bands and light shows, is at Nisantasi’s Abdi Ipekçi Avenue.

Crowds gather here from about 10pm, armed with plenty of shop-bought booze.

Midnight: The city puts on a sensational fireworks display at midnight, and the most atmospheric place to see the show is at Taksim Square.

Those staying sober lap around the surrounding streets in their cars, beeping their horns in celebration, while everyone in the square cheers, dances the halay and toasts the coming 12 months.

After hours: Time to hit the local bars for shots of raki, dancing, watching whirling dervishes and making merry until the small hours. 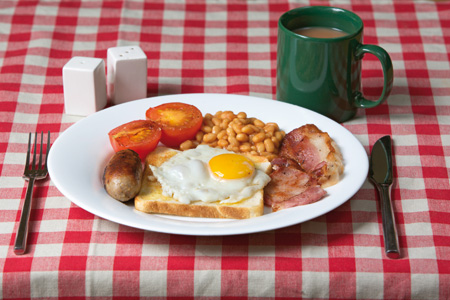 Feel like you need a chisel to get your eyes open? Can’t remember anything after 2am?

You’re going to need one helluva breakfast or remedy to get back on your feet and face the next day, let alone another year – one of these amazing European cures should do the trick.

The effects of these little pills are dubious, but they were apparently originally developed in Russia to keep KGB agents sober while they got their contacts smashed enough to prise secrets out of them.

Now it’s a popular hangover cure, but needs to be taken before or while drinking to prevent the next morning’s nausea and headaches.

Another Russian cure, this time allegedly invented by Tsar Nicholas II, is the Nikolaschka.

Relying heavily on the “hair of the dog” method of recovery, it’s basically a slice of lemon topped with sugar and ground coffee beans eaten in one bite and washed down with vodka or brandy. Only for the strong of stomach.

Poles swear by a hefty bowl of Zurek, or white borscht, to blast away that morning-after fog.

It’s a rye-based sour soup that is traditionally served at the end of a wedding to sober up the guests.

Yes, you read that right. The hardest of the hardcore in Hungary get rid of their hangovers by dropping a handful of sparrow droppings into a glass of brandy and then banging it back. Eww!

The carbs and protein replenish the nutrients lost through drinking, helping to put you back on the road to recovery. It’s tried and tested.

All for a good paws