Wiltshire is surely an epicentre of oddities. From inexplicable crop circles to mysterious prehistoric sites, this quintessential slice of unspoiled England is one of the most baffling and interesting places on the planet.

I’m intrigued by the countless tall tales I’ve heard, and decide the best place to start a tour of weird Wiltshire has got to be Stonehenge.

Theories abound as to how the massive stones – some weighing as much as 50 tonnes – came to be arranged in ancient times. Were they gifts from extraterrestrial beings?

Magically transported through a wave of Merlin’s wizardly wand in the times of King Arthur?

Or simply heaved into place by tough primeval men, for use as an astrological calendar?

However the circle was formed, these mammoth rocks standing on an empty hilltop like the discarded stone lego of giants, are still one of the most imposing sights I’ve ever clapped eyes on. 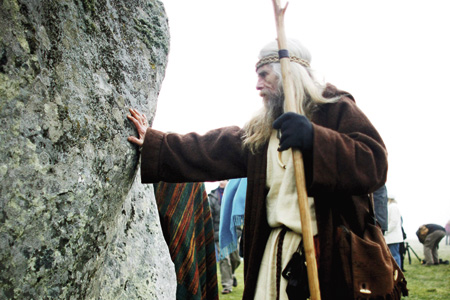 A £7.80 ticket buys you access to the perimeter of the stones, but rather than stump up that cash, I find a signposted National Trust walk, which loops around the surrounding fields.

From here I can still see the famous stone circle and also get a satisfying sense of its place in the ancient landscape of avenues and fields.

A short drive from Stonehenge, through rolling chalky hills, takes me to its lesser-known Stone Age neighbour, Avebury, one of the biggest prehistoric sites in Europe.

Its sprawling inner and outer stone circles were formed for some long-forgotten purpose, and are connected to the nearby town via a grassy ‘avenue’. This is marked by pairs of large grey stones and leads past ramparts, ditches and tombs.

Naturally, such a mystical scene attracts all the nutters, and I pass groups of beardy druid-types hanging around the various rocks, muttering what sound like charms or spells to themselves.

One old hippy tells me a local legend: if you press your ear to a stone you can hear voices from the past. 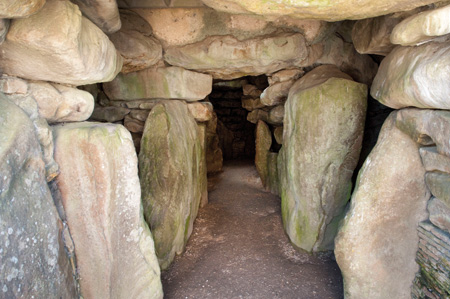 I test his theory and strain to catch a whisper from anyone, a Pagan god perhaps, or just a long-deceased worshipper, but eventually give up – his hearing must be better than mine.

Avebury is a real hotbed of quirky old sites.

A short walk away is Silbury Hill – a chalk lump of 40m high, it’s the tallest man-made mound in Europe, comparable in size and age to some Egyptian pyramids.

Its purpose is again unknown – there’s a definite trend here – but legend has it there’s a man on horseback and covered in gold buried in its heart.

Archaeologists have been tunnelling into the mound for years, though, and haven’t found anything yet.

From one burial site to another, the next place on my list to explore is West Kennet Long Barrow – an underground chambered Neolithic tomb. 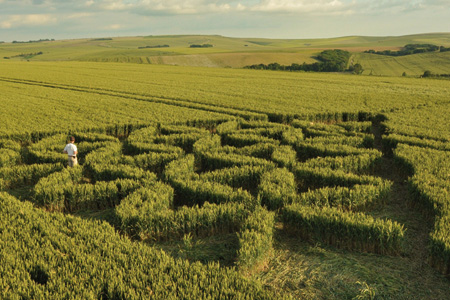 Constructed around 3650BC, this atmospheric chamber was in use for at least 1000 years, until it was sealed with chalk rubble and boulders.

Some archaeologists believe this happened at the same time the stone circles at Avebury were built, indicating a dramatic change in beliefs or religion.

Deep inside the chamber, I can’t resist letting out a ghostly “woooh”, which echoes around the old stones.

I’m quickly shushed by a serious-looking spiritualist kneeling on the ground nearby. Time to call it a day.

The next morning I check out Wiltshire’s eight white horses, landmark figures carved into the side of chalk hills. No mystery here though, they were formed by eccentric landowners just a few hundred years ago.

One of the most spectacular, at Cherhill, was designed in 1780 by Dr Christopher Alsop, known as ‘the mad doctor’, who shouted directions to its makers through a megaphone from the bottom of the hill.

Finally, I clamber to the top of Westbury Hill to get a view of the intricate crop circles in the fields below.

From geometric patterns to swirling circles, some of these appeared as recently as last month, yet as little is known about their origin as about Stonehenge’s.

One thing is clear though – Wiltshire shows no signs of getting any less weird over time. 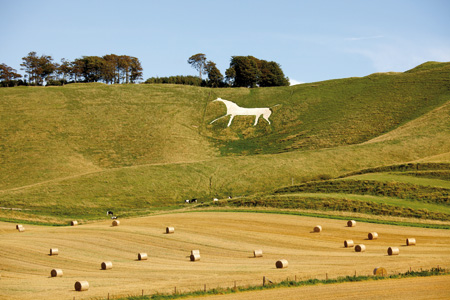 For top-notch veggie fare, head to the Circle Restaurant (High St, Marlborough, tel. 01672 539514). Sandwiches, soups and cream teas are the order of the day. Mains from about £5.

The pub grub is affordable with main courses from £8.89.

For one of the best selections of real ale in the county, visit The Inn With The Well, a pub with plenty of character. Pints from £3.15.

Quaint Tudor wood panelling and roaring fires set the scene at The Sun Inn, where pints start from about £3.

Avebury Life is a budget B&B embracing Wiltshire eccentricity. It advertises to those coming to “experience the strength and energy of the stones” or “connect with the crop circles”. Double room with en suite from £70pn.

Stay in a grand farmhouse a short drive from Avebury at Blounts Court Farm near Devizes. From £35pppn, it’s a bargain.

Take the train from London Paddington to Swindon from £46.30 return. Then take the number 49 bus from Swindon to Avebury (doesn’t run on Sundays).