Wikileaks founder Julian Assange had a profile on dating site OKCupid, under the pseudo name Harry Harrison, it appears, and he would like to tell the world that he is 87% slut.

Despite not using his real name, the pictures on “Harry Harrison’s” page appear to confirm that this really is Julian Assange. The fact that the page hasn’t been accessed since Jan 2007 adds to the likelihood that it’s the real deal.

Poor Julian, it’s all pretty embarrassing when you read through his description on the dating site. Check it out for yourself here.

Take some tests to see if you’re matched to Julian Assange here! 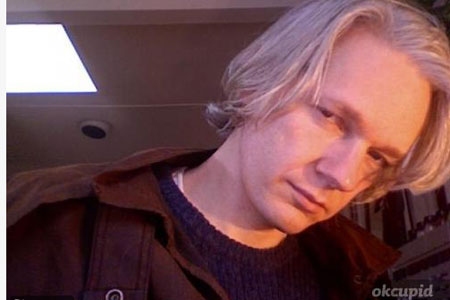 Julian Assange pouts for the camera.

He continues, making things more dramatic with: “I am DANGER, ACHTUNG, and ??????????????!” and warns “Want a regular, down to earth guy? Keep moving. I am not the droid you’re looking for. Save us both while you still can.” 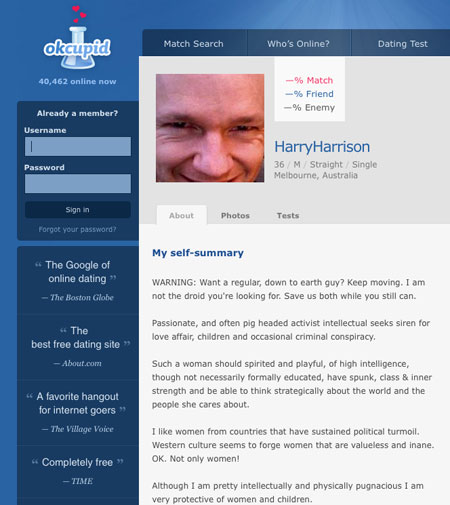 He says that he could live without anything except “the loss of female company and carbon.”

The Shakespeare character Assange most resembles is, apparently, Hamlet. 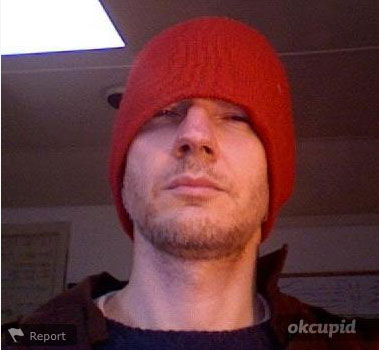 Turn your life around with Lemonade