Wimbledon 2013: 6 reasons why we can’t wait for this tennis tournament to start

Strawberries and cream, the smell of fresh-cut grass, white-only rules and more history than just about any sporting event there is – the Wimbledon Championships are as special as it gets and they begin Monday, June 24, at the All England Lawn Tennis and Croquet Club.

The 2013 event will be the 127th edition of the tournament which began in 1877, with champions Roger Federer and Serena Williams both hoping to defend their crowns on July 6 and 7.

This is what we’re looking forward to during this fab fortnight.

Only Roger Federer could have beaten Andy Murray and left the Scot in tears on his home turf and still remained the most popular bloke on Centre Court – and he did that last year. If he does it again, 10 years since he first won the third Grand Slam of the year in 2003, The Fed will be the first man to win the Wimbledon singles eight times and the most decorated men’s singles player on grass ever.

He’ll have his work cut out though, as this is the first tournament in which we’ll see all of the ‘big four’ at a major since last year here (injury kept Nadal from the US and Australian, and Murray from the French). Novak Djokovic is the world number one for good reason, too, and a former Wimbledon champion. 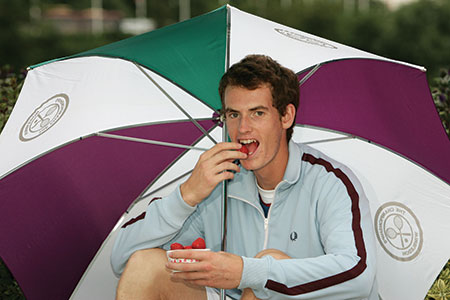 Murray to unleash his happy tears

A lot has happened since Federer rolled the Team GB star in four sets last year. He took the disappointment here and spun it into gold at the Olympics after breaking his Slam duck at the US Open. Despite back woes, on provisional seedings Murray goes into this year’s Wimbledon as the number two, behind Djokovic.

That means last year’s finalists are on the same side of the draw and all going to script they’ll meet in the semis. No one wants to see the big fella blubber again, and his form last week at the Queen’s Club looked mighty promising. 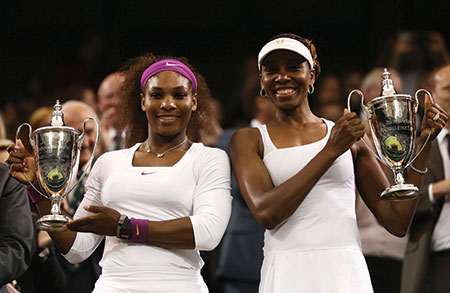 Which Williams will make it six?

As a family, the Williams have 10 All England titles, but a win here for defending champ Serena would break the five-each deadlock with Venus and make it an epic couple of months after her French Open win.

Beware the wounded champion when it comes to older Venus, though. Her form is bad. She took just three games from Maria Sharapova at the Australian Open and went out in the first round of the French Open to Urszula Radwanska (Serena beat her big sister Agnieszka here in last year’s final).

However, if Venus is on a court, she’s a chance. They won the Olympic doubles gold on this court and are defending champions here, too.

Even though it was already considered the mother of all Grand Slams, Wimbledon added to its cache and became the biggest Grand Slam in total prize money for this year as well. The pool is up 40 per cent on last year to £22,560,000 with the winners of the men’s and women’s singles each pocketing £1.6 million.

Whether that changes anything is anyone’s guess, but the party for a first round loser could be substantial – £23,500 can buy a lot of lemonade! 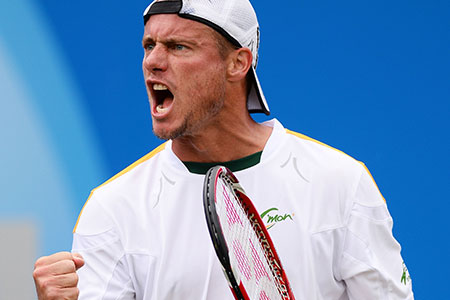 Lleyton to deliver a thriller

An Aussie winner’s an ambitious ask, but Lleyton Hewitt’s always good for a crowd-pleaser. Ranked 86 in the world he cops nasty seeds early on, just like in the French when he went out in a five-set thriller to Giles Simon. It’s easy to forget that before Federer took over the world, Hewitt was world number one and won this event in 2002.

Youngster Bernard Tomic is ranked 61, the highest of anyone from Down Under, and made the quarters here in 2011. The best chance is in the women’s draw, with former US Open champ Sam Stosur having plenty to prove after her early exit from the French saw her drop out of the top 10. She’s never been past the third round at All England, though.

This pairing has been around since players wore long pants, ties and hats on court. The garb has gone but the fruit and dairy combo lives on. It’s only proper to indulge. 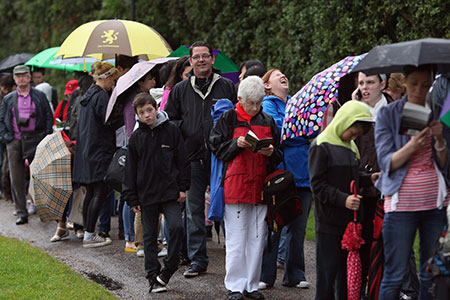 Get in – The Queue

The Brits love to queue. So it stands to reason that the only way left to get tickets to Wimbledon now is on the day and by standing in a rather organised and civilised one. The Queue means you still buy tickets without paying a mint – cash only prices start at £37.

• The Queue opens at 8am from Sunday, June 23 and each day of the tournament after.

• Get there early. Organisers say 6.30am but 4am is more like it. Or go the night before with a sleeping bag. Stewards will wake you from 6am.

• A wristband and queue card proves your place in line.

• There are 500 seats for Centre Court (except the pre-booked-only final four days), 500 for courts one and two, and several thousand for the outside courts.

• Miss out? If you still want to wait, there’s a one in/one out policy for the rest of the day.

• Only one bag per person is allowed, but you can check your overnight gear in at the gate to pick up later.

• Still not in? Try later. The Queue opens again after 5pm for late entry seats for night sessions. 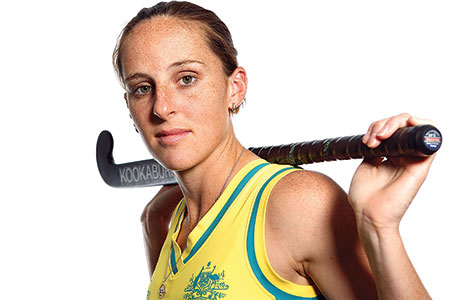 Aussie midfielder Madonna Blyth lines up for her 250th international appearance this week in London when the Hockeyroos take on Spain in their World Hockey League Semi-Finals opener.

From Saturday, eight teams are competing for spots in the 2014 World Cup in the Netherlands and the WHL finals in Argentina later this year. But a sideshow for ‘Donny’ will be this milestone as she join the ranks of Nikki Hudson and Jay Stacey, legends of not just Australian but world hockey.

“I’ve been trying not to think about it too much, but it’s something that I’m hugely proud of,” she tells TNT. “I’ve been really lucky to have had a continuous run since the end of 2004, and I wear the fact I’ve been to two Olympics (Beijing and London) as a badge of honour.”

The Hockeyroos also play rivals South Africa and England in pool B this week. They met in February in South Africa in a tight Investec Challenge, also including the Dutch, when the unfancied hosts snuck into second.

Although beating England 3-1 earlier in the comp, Australia lost on penalties in the third play-off with the Poms. “They’re always close battles,” Blyth says.

Is it about to be made easier for Aussies to stay in the UK?