While they’ll be fierce combatants on the field, vying for a position in the WHL finals in Argentina (November-December) and automatic 2014 World Cup qualification – such are the high stakes of this tournament – these two teams are tight.

None more so than South African striker Dirkie Chamberlain and England midfielder Susannah Townsend, best mates who share sun and sand holidays and, from next season, will playing for the same club at Reading.

When she makes the permanent move, Dirkie will also join Susannah at her High Wickham sharehouse, where she lives with three other England players.

But to the business at hand – tomorrow’s World Hockey League opening match in which the sides will be keen to get off to a flying start in this vital competition. 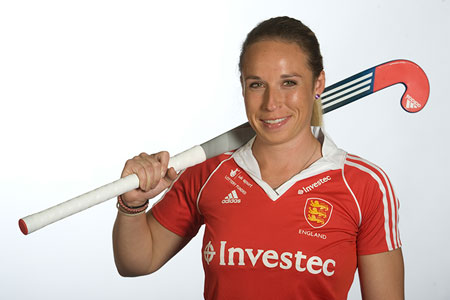 Then, all bets will be off. However, given theirs is a bit of an opposites attract friendship – ruthless Susannah’s sporting idol is football bad boy Paulo Di Canio while Dirkie’s is squeaky clean rugby player Bryan Habana – their views on how to handle such a clash differ amusingly.

“If she goes down injured, there’s nothing you can do, you just carry on with your game. That’s the job. You play hockey and you want to win. If you make her cry at the end, then so be it.”

Ouch. And in a reverse of Dirkie’s constantly laughing off-field persona, Susannah better watch her back. Even though Dirkie plays in the forward line, she says she’d have no qualms in tracking back to get one over her pal.

“I cannot wait, it’s going to be my favourite game,” Dirkie says. “I’m playing against her and other friends of mine, so there’s so much more on the line. Then there’s the bragging rights to think about. I want to be able to say, ‘we’ve got one up on you’.”

“The midfield’s not too far from me,” she laughs. “I could impress the coach a bit more. If I see her run with the ball I’m definitely not going to stop. I’ll tell the other midfielder to stop running so I can take her out. I’m not going to be polite, it’s war out there.” 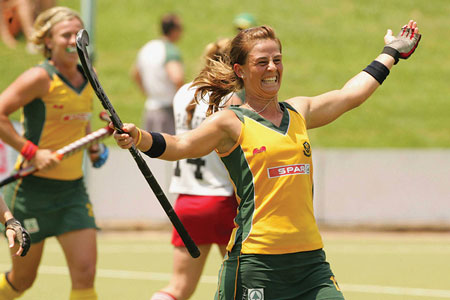 All joking aside, this is an important tournament for both teams, along with Australia and Spain who make up their side of the draw in pool B. Positioning after their three group games on Saturday, Sunday and Tuesday will determine who they play against in the vital quarter final matches this Thursday, the result of which will impact the next year in the life of their respective national teams.

The WHL not only makes every international match matter, but presents a feast for spectators, with four top-level games each day of the tournament (tickets are sold for the whole day – details below).

On Saturday, June 29, quarter final winners jostle for a place in the final on Sunday, June 30, while the losers also battle out for valuable minor placings.

“It really comes down to that quarter final,” Dirkie says. “We basically have to perform well in the group games to get a good match in the quarters.”

Prospective quarters opponents from pool A include the world champions and Olympic silver medallists Argentina, 2008 silver medallists China, unpredictable USA and Italy, who won their previous round of the WHL despite being seeded third.

“We want to come top two in the pool to get ourselves an easier cross pool game (quarter final),” says Dirkie, who’s side is keen to make up for the disappointment of their early exit from the Olympics last year.

“If you win that you make those big qualifications. We have to beat Spain, that’s a non-negotiable for us. And then we have to beat England or Australia. We dream big but we’ve been training really hard and hope that we can do it.”

“We want to do really well in this tournament,” Susannah says of England, who finished third at the last World Cup and make up the core of the bronze medal winning Team GB team at London.

“It’s all about making the top four so we can qualify for the World Cup and also so we can make World League finals in December. There’s a lot at stake.” 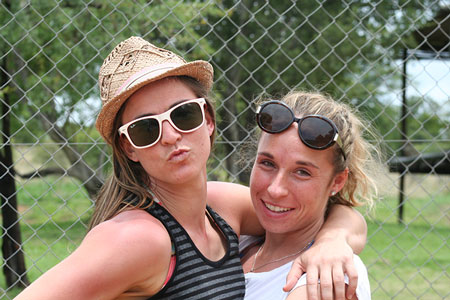 But off the field, nothing changes.

“At the end of the day she’s my friend, along with other players in that team,” Susannah says. “We’ll still catch up like we normally would, we can’t not talk, but obviously not about tactics – more like shopping and holidays and what we’re doing the week after.”

World Hockey League semi finals, University of Westminster Sports Ground in Chiswick, London. June 22, 23, 25, 27, 29 and 30.
Tickets cost from £15 for a whole day (four games) and include entertainment such as the England Hockey Fun Zone, supporter village and store. Pre-book tickets online as those on the gate will be more expensive.