He told the the emotional crowd a Soweto’s FNB Stadium: “To the people of South Africa – people of every race and walk of life – the world thanks you for sharing Nelson Mandela with us. His struggle was your struggle.  His triumph was your triumph. Your dignity and hope found expression in his life, and your freedom, your democracy is his cherished legacy.”

His speech was followed by a tribute from Andrew Mlangeni who was imprisoned with Mandela. He told the crowd: “I have the honour to say something about Madiba and how he touched my heart, my soul, my life, those of South Africans and how he will continue to touch lives. Madiba is looking down on us now and there is no doubt he is smiling.”

David Cameron and former Prime Ministers Gordon Brown, Tony Blair and Sir John Major were also present at the service. Speaking to Sky News, Mr Cameron said: ”I think it’s very important to show our respects and say goodbye to a remarkable man who did extraordinary things in South Africa but has also been such an inspiration to people across the world.”

Heads of states from all over the world have also come to pay their respects, and a handful of celebrities also arrived at the stadium this morning.

The event, which is perhaps the biggest in South Africa’s history, has been a huge military operation, with extra personnel drafted in to protect the high-profile attendees. 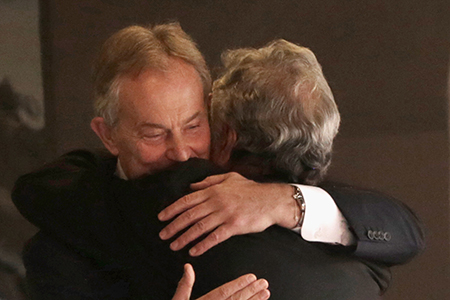 Colds and flus in London