World’s best surfing – for all levels

Discover the world’s best spots to catch a wave for surfers of all levels.

Where: Cornwall and Devon, England.

Why: If you’re after an ocean fix close to home, these are prime surf territory, offering some of the country’s best waves. Newquay is England’s surf capital with the most reliable waves and a wild nightlife to boot, but it can get crowded in the summer. North Fistral and Towan are great for beginners, although the latter needs a good swell to work.

The downside is that surfing in the UK can be colder and wetter than mainland Europe, and you’ll probably have to wear a wetsuit – and even booties – if you don’t want to catch a chill. Steer clear of The Cribber, which is only recommended for experienced surfers due to the huge swell it can pick up in autumn and winter.

I’m bored with surfing. What now? For sexed-up horticulture, swing by The Eden Project and tour its space-age-style biomes, cavernous domes that contain thousands of different plant species. Meanwhile, nearby Tintagel Castle, which sits atop cliffs overlooking the Atlantic Ocean, is chock-full of the legends of King Arthur and Merlin. 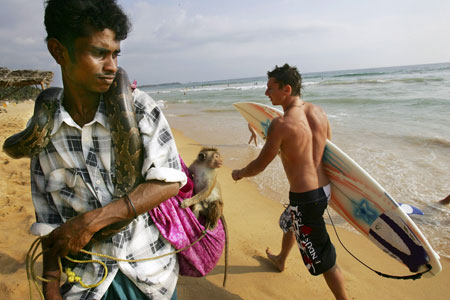 There’s good surfing to be had in Sri Lanka.

Why: The waves in Hikkaduwa are consistently up to one metre high – occasionally reaching 1.5 metres – and the water temperature is toasty-warm all year round. You won’t have to carry your board far as you can crash in one of the many guest houses situated right on the beach, with options for all price ranges.

The resort has a chilled-out vibe with bars blaring out reggae tunes all day and restaurants serving up fresh seafoood. Travel by tuk-tuk to nearby surf beaches such as Midigama and Mirissa, where you can find waves of up to 3.6 metres.

I’m bored with surfing. What now?Sri Lanka’s beaches are nesting grounds for five species of marine turtle. Within easy reach of Hikkaduwa is the Kosgoda Turtle Hatchery, where you can see new-born hatchlings before they are released into the sea. While snorkeling or even surfing, you may be lucky enough to spot some fully grown turtles.

You’ll also find a few operators that offer scuba diving trips. Although Sri Lanka isn’t really known for its vibrant sea-life, there are a few wrecks that merit exploration. If you’re travelling all the way to Sri Lanka, it’s worth heading inland to the country’s tea plantations. The country’s cultural wonders include Sigiriya where the remains of a 5th century palace can be found.

Spend a few days in ancient capital Kandy where you can visit the elephant orphanage and the famed Temple of the Tooth. 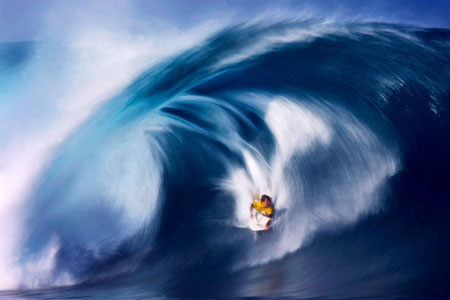 Surf in Hawaii and soak up the stunning scenery.

Why: Long considered the birthplace of surfing, locals have been riding the waves since at least 1779, according to a diary entry by Captain James Cook.

Oahu’s rugged North Shore offers massive waves in the winter thanks to giant swells generated by island storms. From May to October, wave worshippers make a beeline for the south shores of Waikiki Beach and Diamond Head Beach. The pristine island of Kauai boasts top surf spots including Poipu Beach.

There are sheltered coves suitable for newbies too, as well as a surfeit of surf schools to help you hone your technique.

I’m bored with surfing. What now? Hawaii’s latest craze is paddle surfing, which involves standing on the board and, erm, paddling.

Goggle at the paradise-like landscape of Kauai by taking a helicopter ride over the waterfalls, mountains, canyons and lush, tropical landscapes that were featured in the movie Jurassic Park.

Pearl Harbor is one of Hawaii’s most popular attractions. A total of 11,177 sailors and marines were killed when Battleship Arizona was attacked by the Japanese on December 7, 1941, catapulting the US into World War II. 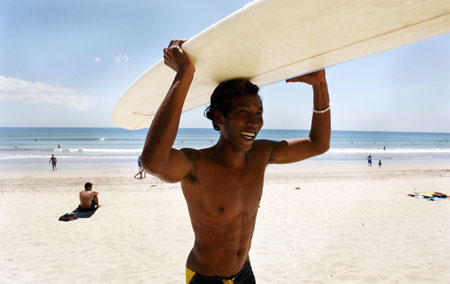 Bali: Experienced surfers can find their ocean-fill of fun in Bali, which boasts more than 20 breaks on the southwest and southeast coasts and around the Uluwatu peninsula. Surf season is from April to October and top reef breaks can be found in Kuta, Uluwatu and Nusa Dua. There are also mellower beach breaks for novices.

Spain: Spain’s northern coast is littered with quality waves suitable for both beginners and experienced surfers. Mundaka is justifiably king of the Spanish surf scene, but you’ll also find good waves at nearby Sopelana.

Morocco: Surf hippies are in heaven here, thanks to guaranteed sunshine, bags of culture and dodgy blokes trying to sell you hash on every street. Long pointbreaks can be found near Agadir in beaches such as surf ghetto Taghazout.

Canary Islands: These barren volcanic islands offer a wealth of lava-bottom surf spots for experienced surfers. Friendly breaks can be found on the islands of Lanzarote and Fuerteventura.

Circus of Horrors – The Ventriloquist at Indigo2