World’s most tattooed woman: the pictures

The world’s most tattooed woman has been revealed, with 95 % of her body inked.

American Julia Gnuse – aka the illustrated Lady – uses the tatts to cover up a condition she suffers from called porphyria, which causes blisters on the skin when it’s exposed to sunlight.

“I had a friend who is a plastic surgeon, who suggested tattooing my skin to the same colour to the scarring that I had, seeing if we could match my pale-looking skin that I had,” Julia told the Mail On Sunday.

“That didn’t work… so I had the idea of a colourful tattoo. Then I got hooked. I got addicted.”

Fair shout, but personally we’re still cringing from the Chinese character we got when we were 16… 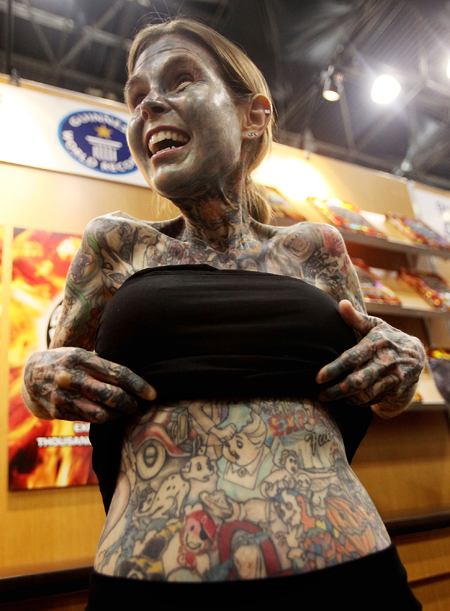 34 Reasons to visit NSW and the ACT

Bad side of life