Simmons’s new show – likely the most gleefully silly brand of talking about the weather you’ll see – is just one of a wealth of stonking new comedy shows hitting London this autumn and winter to keep your spirits up and your sides splitting.

There’s everything from big arena shows to small and intimate club gigs, with performances from up-and-coming new talents to established stars from the TV.

Sure-to-offend (but not in a racist way) Frankie Boyle has an eagerly awaited new show, too. As does young South African Trevor Noah with The Racist.

Some deadset legends of the stand-up stage are coming out of temporary hiatuses, including alt-comedy icon Alexei Sayle and deadpan funnyman Alan Davies, who both return from decade-plus absences with new solo performances. 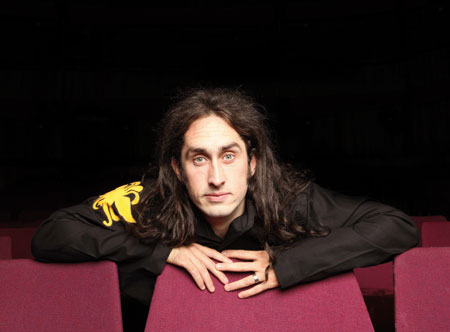 There is a cornucopia of Aussie stars to be found, too.

One-time angry young man Brendon Burns unleashes his Edinburgh-wowing new show Home Stretch Baby, about his graceful-ish ascent (or should that be descent?) into middle-aged maturity with plenty of foul-mouthed observations.

Perth-born Judith Lucy brings her modest new work Nothing Fancy to town for a two-week Soho run that will show why she is one of the most hilarious and talented laugh machines out there, albeit one many over here are criminally still yet to discover.

Kiwi Sam Wills, aka mute comedian The Boy With Tape On His Face, proves that you don’t have to be witty with words to keep the audience in the palm of your hands – his mime, prop and audience-involving physical comedy is certain to see his already rocketing star status soar even higher.

But back to that Adelaide-born absurdist and meteorology. “The initial idea [for the show] is always the finale,” Simmons says. “And then I write the show backwards.

Last year, in Meanwhile, it was smashing taco shells into my naked torso. This year it’s Chinese ‘waving-hello’ cats and constructing something unexpected from an IKEA coffee table. I like surprises at the end.“ 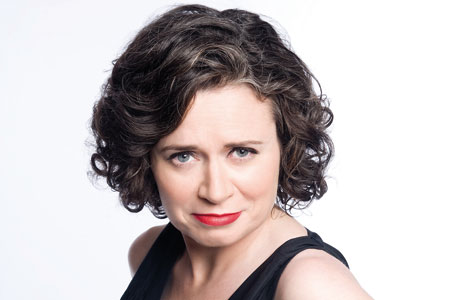 So what is all this flat-packed action in aid of? “I guess the theme is breaking out of that IKEA world,” Simmons decides, offering some logic to his show’s outlandishness.

Simmons’s greatest asset is freedom to jump genres and fearlessness. “I can do what I want,” he says.

“I sometimes fail but I’m getting better at what I do. I still don’t know what it is yet, I’m not at peak, and that’s really fun.

I’ve finally accepted I’m not a stand-up but a satirical clown who lives in a weird corner of the comedy world.

I like being combative and arty and just being a bit of a freak!”

Bring on the freak show…

Video: All the internet’s most popular cat videos in one place

Blue boat and the Ocean