What do you do? I freelance as a filmmaker, mainly directing and producing music videos and promos under my own name, MSP. I often collaborate with Kii Studios, a film and photography company in Park Royal.

What is your job title? Filmmaker/Film Producer/Writer.

What does your job entail? I work on film, TV and theatre productions,and I’ve worked on commercials, music videos, documentaries, factual programs and feature films. I also recently written and directed my first feature film, In Transit. Depending on the project, I work as part of a team, devolving the idea, producing it and seeing it through to the edit. I also work as an assistant director, coordinating the shoots. This is a less creative position, where I help run the set and make sure our time is used effectively; filming takes a lot of time and you need someone on set to make sure that you do not overrun.

What’s the best bit? You get to meet lots of interesting and imaginative people. If you work on a big job, you get to work with some big names. It’s a highly creative environment and with each project, there’s a different challenge and it’s very exciting. Completing a project and sharing it with others is very gratifying, especially if you get a good response.

And the worst? The long hours! Sometimes you work for a very long time to see results, which can be frustrating. Also, there’s a lot of competition, and not enough funding for everyone’s project. When doing an independent film, it can be difficult to get it off the ground, as there is a lot of competition. 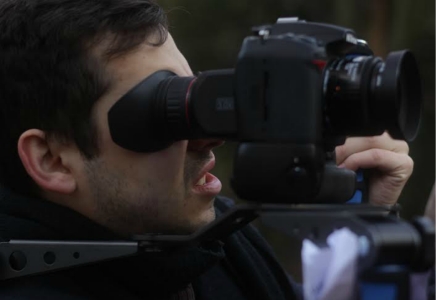 How did you get your job? I did a BA (Hons.) in Films Studies and an MA in TV Production at University College Falmouth. After university, I did work experience at several production companies and applied for small jobs as a runner. Then, as I started producing more work myself, my experience and portfolio grew. It’s an ever-changing environment, and you go from job to job. As your career evolves you get to work on different kinds of projects.

What qualifications/experience do you need? With media, it’s a tricky one. I have met people in the industry without university qualifications, but then they usually have the family and contacts in the film industry. Or they just started making films and taught themselves. However, its not unheard of to find someone that starts working as a runner/trainee just with a BTEC and they then work themselves up. I think training on the job, especially on practical projects, is the best training.

What advice would you give someone who would like a job such as yours? Work hard and apply for as much work experience as you can, as there is a lot of competition in the film/media industry. Write and create your own content, and send it to as many festivals as you can.

Marius is a London-based filmmaker with an interest in independent cinema. In 2014, he finished production of his first feature film, In Transit.

About the film: In Transit is a feature film about Matt – a quirky daydreamer, stuck in that awkward 20-something malaise – and his slightly bonkers housemates, including love interest Jess.  The only problem? Jess has a boyfriend and Matt – whether he knows it or not – has feelings for his lifelong friend, Tina.

Watch Pulp Fiction on the Big Screen with Stella Artois