A heart-warming, energetic, great big smile of a movie – Aussie-born hit The Sapphires is most definitely one of these.

Based on a true story, this tale has become one of the top earners at the box office Down Under; it wowed audiences in Cannes at its May premiere, where it received a 10-minute standing ovation.

But most impressively, for an uplifting musical drama, it has real weight along with its warmth, mixing musical numbers, comedy, an affecting love story and familial drama, with astute social and cultural commentary of a part of Australia’s past that isn’t talked about enough.

Adapted from the 2004 stage musical of the same name, The Sapphires tells the story of a group of Aboriginal singers in the Sixties, who faced and overcame racial prejudice as they went from being local celebrities, performing songs from the back of a van, to getting themselves a manager and travelling to Vietnam to entertain the troops.

“In terms of putting issues on the table, Australia is really behind in this,” 2006 Australian Idol runner-up, pop star and lead Sapphire Jessica Mauboy says of the period in which the film is set and the present. 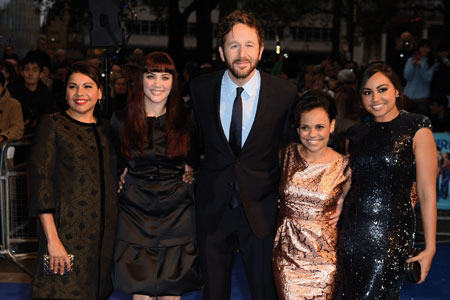 “[Australia] is still really afraid of embracing what really happened, and the film allows that,” she adds.

“That is one of the things that I love about it. Without pointing at anyone, it celebrates [Australia’s history] and not just Aboriginal women, but all women, too.”

It’s easy to see where this authenticity and celebration comes from.

The film was penned by Tony Briggs, making his screenwriting debut with this adaptation of his own stage musical, which in turn was based on stories told to him as a child by his mother, Laurel Robinson, one of the original Sapphires.

You’ll recognise Briggs from the small screen – he played Bilal in the acclaimed Australian TV version of Christos Tsiolkas’s book The Slap, which aired on BBC Four.

Robinson performed along with her sister Beverly Briggs and cousins Naomi Mayers and Lois Peeler as The Sapphires in the Sixties. 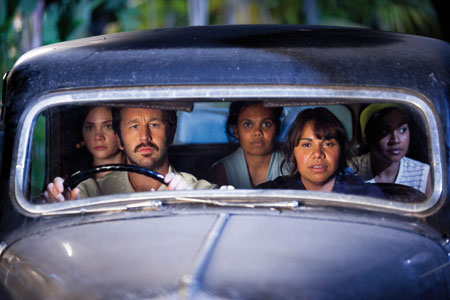 The ‘aunties’ broke out at a time when racial issues, women’s rights and, indeed, reactions against the Vietnam War made it a politically charged atmosphere plagued by prejudice.

The film takes a little artistic licence with the events that transpired. Only half of the foursome – the Briggs sisters – actually travelled to Vietnam.

Their cousins passed on the opportunity and chose to protest the Vietnam War, instead.

Nonetheless, The Sapphires’ success made them trailblazers, who transcended the racial divide that scissored through the heart of Australian society.

The unmistakable passion that these women possessed was certainly not lost on the young cast who portrayed them on the big screen.

“We met the aunties, as they’re called in our community, and I felt immensely proud to be able to sit there and listen to what they went through,” says Mauboy of the meetings she and her co-stars [Deborah Mailman, who plays elder sister Gail; Miranda Tapsell, the impressionable and highly charged Cynthia; and Shari Sebbens, who plays the estranged cousin Kay] had with the story’s inspirations. 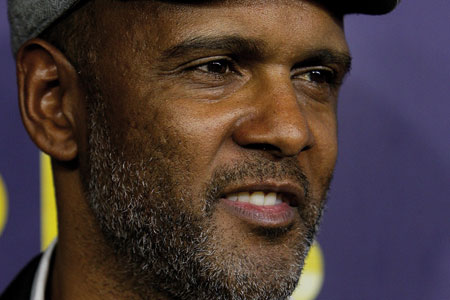 “To have read the script, but then actually meet them, we could see how they operated with each other and how they were so strong and wholehearted and full of soul.

“Most of all, they were firm about who they are – they’re the type of women who would tell you where to go! There is no holding back with them and I loved that. In real life that is how I grew up with my aunties.

“At every backyard event we had, we’d sit around with a guitar and loud aunties and uncles, and that definitely helped me to tell this story.”

The close-knit ties these women shared that helped to propel them to success, and which is so enigmatically portrayed on screen, were replicated behind the camera.

TV director Wayne Blair made his feature film debut with The Sapphires after being cast in Briggs’ earlier stage production, while Mauboy, Tapsell and Sebbens knew each other from their home city of Darwin.

“Auditions were quite low-key,” Mauboy recalls of the process that saw the three of them audition separately and then together before being cast. “But from our first get-together in Albury, we clicked and had such a connection.” 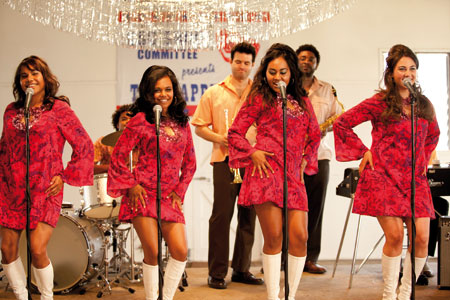 Even Chris O’Dowd – the Irishman from geeky UK TV show The IT Crowd, who’s now a Hollywood star thanks to his role in Bridesmaids – made light of such, arriving on set joking that he, too, was from “just up the road”, despite his home being thousands of miles away.

What makes The Sapphires such a worthy crowd-pleaser though is its ability to juggle the weightier, ‘state of the nation’ themes, which have more than a little relevance to contemporary Australia, with being an exhilarating sing-along musical designed to, above all, entertain.

One especially poignant flashback sequence lifts the lid on a divisive moment in the family’s history in which Kay is removed from her family and taken to boarding school, where she’s shaped by a slew of racially stereotyping beliefs held by white Australians – the so-called ‘stolen generation’.

Yet for every heavy moment like this, there are comedic moments to burn: O’Dowd’s Dave is first glimpsed compering a small town talent competition and, later, teaching the girls how to dance ahead of a performance. 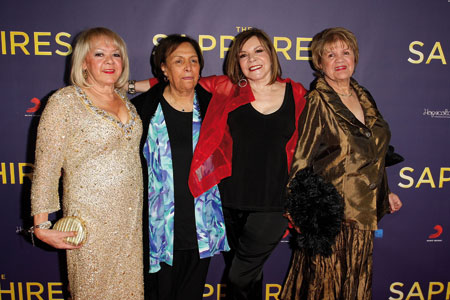 Then there are the scenes surrounding the girls’ rivalry, and the attempts by the boozy Irishman to intervene when they’re not keen on being told what’s what by an outsider.

Add to this the captivating musical numbers themselves, a collection of Motown classics and country numbers with a Sixties pop spin (10 of which are sung by Mauboy on the accompanying movie soundtrack), and it is a surefire recipe for success.

Where the Australian international success stories have been searing, disturbing dramas (Snowtown), grizzly crime thrillers (Oscar-nominated Animal Kingdom) or pants-wetting horrors (Saw, Wolf Creek), The Sapphires is a cross between Dreamgirls, Strictly Ballroom and The Full Monty with the scenery of Priscilla, Queen Of The Desert – and it has all the charm and feel-good passion that combination suggests.

Audiences have fallen in love with this gem of a movie, too, and it is going to win even more hearts when the girls take to the international stage.

The Sapphires will be released nationwide on November 7 through Entertainment One.

Interview: Glasvegas’s James Allan on their next album, Beatles covers, and why nice guys finish first