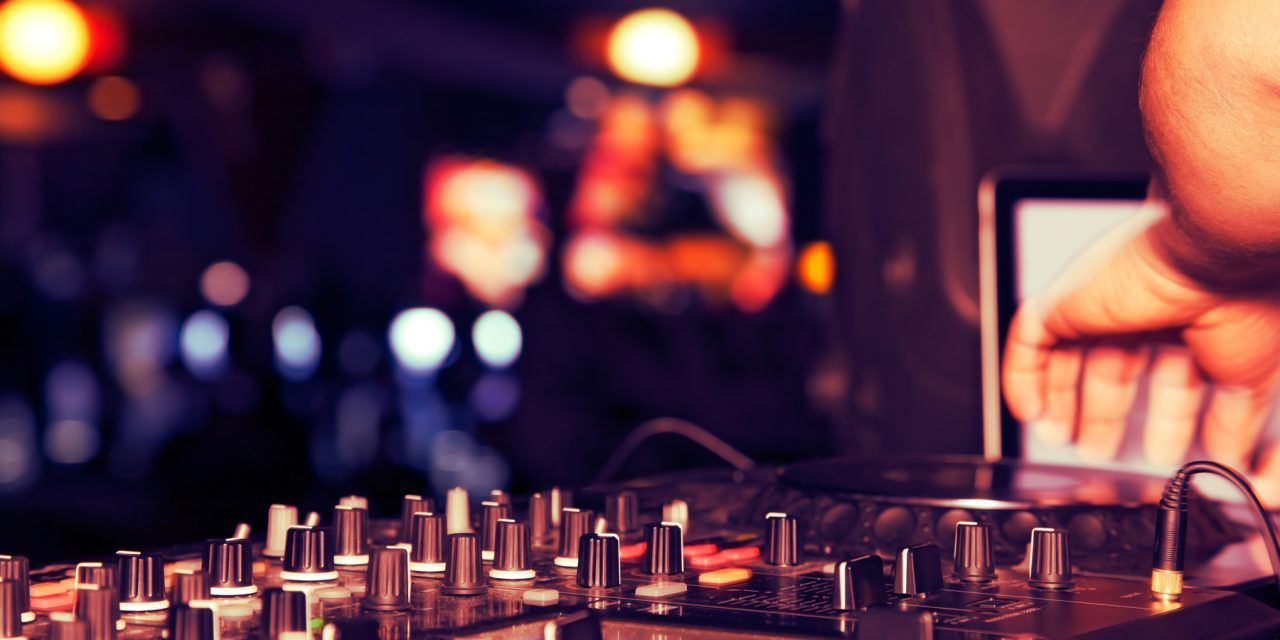 When did you develop a passion for electronic music?

“I was really connected with disco, soul and boogie from a very young age thanks to my mum’s records, albums from George Benson, Teddy Pendergrass, The Sylvers, The Pointer Sisters, Gwen McRae, plus Michael Jackson’s ‘Off The Wall’ was my bible and I watched The Blues Brothers constantly! I genuinely wore out the VHS! My obsession with disco also led me to house music a little later on, particularly old Levan-esque stuff from NYC, and finally into edit culture with producers like Greg Wilson and The Reflex. My brothers went to boarding school in the UK so they used to send me CDs home — Sasha ‘Involver’ album really changed things for me, I think that’s when I realised I wanted to do music as job! Plus LPs like Leftfield ‘Leftism’, Underworld ‘A Hundred Days Off’, and the early Global Underground compilations and everything by Orbital. My boyfriend at the time was older than me and really into progressive stuff from Anjuna, plus Gui Boratto, DJ Koze and the Kompakt Total comps, so that’s how I got introduced to it. Breaks stuff by Adam Freeland too, 2007’s ‘Overpowered’ by Roisin Murphy is still my favourite album of all time, I could go on for hours here…”

Where did you start your career?

“I worked as a fashion journalist and PR all through university so my journalism career started there, but it took me awhile to settle on that long term. Other options included astrophysicist, ballistics expert, history professor, political advisor…”

When and why did you relocate to London?

“I’d like to say it was solely for my career, since there’s no dedicated dance music print press in Australia (sigh!), but it was really because I wanted to travel and challenge myself — but I’m still an Aussie girl deep down!

How did you land the dream job as DJ Magazine’s Digital Editor?

“Even though I had a lot of fashion experience, I really struggled to get paid journalism work in London when I arrived. I couldn’t afford to do an (unpaid) internship at a music mag, so I started a music blog, Chase The Compass, as a shop front for my writing whilst working ten-hour days as a production manager for a group of nightclubs in West London. I did that for over two years, it was an insane slog and sometimes I wondered if I’d ever get my dream job. Eventually, I started picking up more writing work, quit my full time club job to go freelance for 12 months, before taking a full time editor role at DJ Mag just over a year ago. The Chase The Compass site is still running too, plus we do lots of disco-focused parties all over the world in NYC and London — I feel so proud of what we’ve built!”

What does your day to day work involve?

“A typical day involves coming into the office around 10am (FYI dance music journos aren’t very good in the morning!), checking emails from PRs, looking at the flat plan (that’s the layout of all the scheduled content for the month), then talking through the eight or so reactive news stories we’re going to cover that day with the digital writers.

“Once that’s done, I usually work on features for the print magazine that have been commissioned to me by our UK editor, Carl Loben — that’s anything from album reviews, to event coverage, to Q/As and artist features — plus editing online features from freelancers, as well as working with the socials team and DJ Mag TV on various projects.”

What are the challenges involved in maintaining such a demanding role at a large, news-orientated music website?

“I think the biggest challenge is continuously coming up with new and interesting ways to present information, we want the site to snappy, educational and engaging, not just a readable news source. It’s a really big job, but it’s incredibly rewarding too. Travelling is the best part of my job for sure, I’ve done Miami, Ibiza, Serbia, Croatia, Las Vegas, Brazil, all this year alone!”

DJ Magazine organises hugely popular polls including Top 100 DJs, Top 100 Clubs, and Best of British Awards, of which the party is being staged at Heaven on Wednesday 16th December. How do you think the UK’s domestic DJ scene compares to other countries?

“On the clubbing front, there’s no better city for dance music than London! Crowds are incredibly educated, kids are really invested in the underground, there’s still stacks of amazing venues (despite a wave of recent closures) and boundary-pushing promoters — we’re spoilt for choice.

“Music wise, the UK’s always been a hotbed of talented producers, but it’s the Scottish contingent who’ve really smashed it this year — The Revenge, Deep Space Orchestra and Hammer have all killed it, plus Glasgow label Dixon Avenue Basement Jams are consistently on point, and veteran techno duo SLAM are still slaying it. Then there’s Brit faves like Adesse Versions, Kerrier District (Luke Vibert’s disco side project), Tim Green, Kiwi, Shanti Celeste, Dan Shake, Romare, Justin Robertson, Crazy P and so many more…”

Would you say that distance encumbers global reach for Antipodean DJs?

“The internet means dance music is much more global than the days of waiting three months for wax to hit your local record shop down under! EDM, trap, tropical house and more commercial, radio-friendly forms of dance definitely have a stronghold in Australia, but there’s also some incredible local acts killing it in the underground. Andy Hart, Francis Inferno Orchestra, Harvey Sutherland and Sleep D are producing glossy, intelligent dance music, plus Sydney kids like Set Mo, KLP and Cassian always move a room. Anna Lunoe and Nina Las Vegas are long-standing faves of mine, plus I’m really excited about young guns like Mall Grab, Jad & the Ladyboy, Bella Saris and the very talent Young Franco.

You are involved in putting on parties in the UK. Tell us more about them?

“As well as our international pursuits — regular DJ Mag parties at the world’s most famous super-clubs (Space Ibiza, Zouk, Green Valley) — we run regular DJ Mag Sessions parties in London. Following a stint at Ministry of Sound, our current home is EGG LDN where we’ve hosted the likes of Solomun, Art Department, Omar S, Jimmy Edgar, Delano Smith and Kerri Chandler. We can’t wait for our next event there on 30th January with Pan-Pot, Italojohnson and much more. We’re also looking forward to our Best of British awards party at Heaven in December featuring Fabio & Grooverider, Steve Lawler, Leftfield, Nocturnal Sunshine and a host of huge unannounced DJs.”

What advice would you dispense to people hoping to forge a career in music journalism?

“Be prepared to work (really) hard, be humble and always ask for feedback on every piece you write. Don’t be scared to introduce yourself to fellow journalists and editors, I know it can be scary but we’re all just shy music nerds at heart — trust me! Also, it sounds really simple, but read, read, read! I must have read every dance music history book ever written — any budding dance music writer should have Simon Reynolds’ Energy Flash as their bible. You can also head to the Chase the Compass website for lots of great history pieces from people like Eddie Richards and Kevin McKay.”

Interview with Will Chaffey – Outback survivor