Interview – Chris Cox: The mind reader on turning down Dannii Minogue and making the audience faint

In your Fatal Distraction show, you’re a mind reader who can’t read minds …

I love magic but it started to bore me – no one is really magic. So I say, ‘I can’t read minds’, but then do things that make the audience’s belief systems collapse around them. And I like the idea [of people thinking] after all the years of evolution maybe this is the guy who can do this!

[Fatal Distraction] is my fifth show and I wanted to do something totally different – it is a piece of theatre and has a love story, too. People are expecting to go, ‘Oh my god, how did he do that?’ but it also hits them emotionally at points.

It was inspired by [the movie] (500) Days Of Summer and books Essays In Love and One Day. It was about finding a story to tell and then letting the audience control that narrative with their thoughts, and putting in these amazing tricks which no one has done before – there is a trick that took me five years to come up with!

I can’t tell you, I will say it is my favourite bit in the show, but also the smallest. It involves a piece of newspaper and is a proper magic trick!

Does the show change much with all of this audience involvement?

Every night is different as the audience’s response will affect some of the things I do. And there is a whole section where I do things that people in the audience would like to see me do. I sit out in the audience as they think of something they’d like me to do, then I perform it. 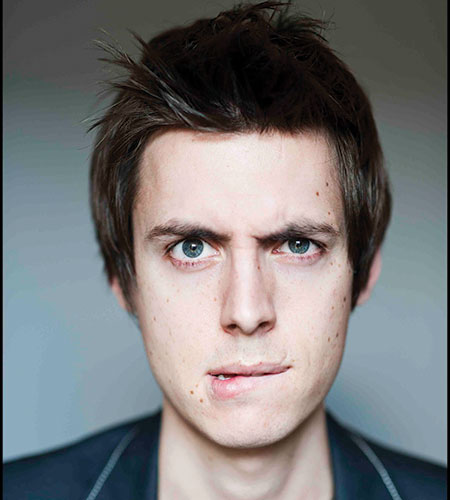 What odd things have they thought up?

Last year Jonathan Ross thought he wanted me to sit on his shoulders like a giant baby, so I did. Then he stood up and walked me back on stage. As he did that I thought, ‘He is a lot taller than I realised.’ I had never been so tall in all my life – I felt like Stephen Merchant!

Do you sometimes find the audience want to try to outsmart you?

Fortunately, no one has even been a particular arse to me. I like it when people are challenging you as I can predict what they’re going to do. The hardest thing is when they try to be nice and help you, giving you a nod when they’re thinking of the right thing, because that throws me off.

How do audiences react?

People are genuinely freaked out on stage – I have had people vomit and faint before, although it was a very hot day on that occasion. The main thing I do is something that people haven’t seen before. And after the show I go outside and give out ‘I love Cox’ badges. 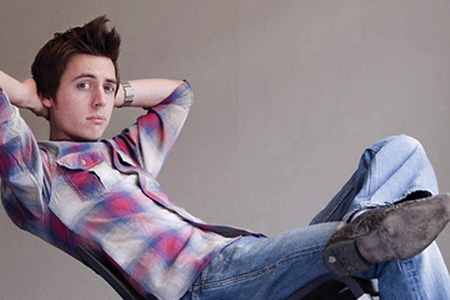 Why do you think cross-generational shows like yours are finding their audience right now?

A couple of things. Personally, I get bored watching a guy in a T-shirt talking in to a mic. There are a million of them, and audiences have been saturated with that for a long time. But for me, I don’t do kids’ parties, but I don’t see why 12-year-olds shouldn’t come to my show with their parents and their grandparents!

People are in the market for something a bit different. And a London audience is very savvy and wants to see someone before they get big – so people come and see me now before I am selling out The O2.

You’ve said that Paul Daniels was an early magic influence, how so?

You can add me to the list of things we can blame him for. I got a Paul Daniels magic kit as a kid in Bristol and my initial love came from that – as it did for anyone of my age. Two years ago I did Edinburgh and Daniels was there at the same time, and I was getting better reviews and selling better, which shows how audiences’ tastes have moved on.

Nowadays, people think of David Blaine and Dynamo. Magic has always been popular but has been considered a bit shit for a while, so it is nice for people to come out of my show and go, ‘It’s not shit!’

No. A line of girls in fishnets backstage will be on the rider for when I do The O2, though.

Is it true Dannii Minogue wanted to marry you after one of your shows?

Yes. She came to a show and loved it – obviously! Afterwards as I was showing her another trick she went, ‘Oh my god. That is amazing, will you marry me?’ I had one of those moments where I didn’t engage my brain and I just said, ‘No thanks, I’ll wait for Kylie’.

I completely ruined my chance. She took it alright, though, but I haven’t heard from her since. I like to think she missed the opportunity to be the Mrs Dannii Cox.

Interview: Pam Ann talks mile high glamour, why Ryanair is the pits, and why Madonna should just let it go