Quiet in the sense he hardly ever speaks on stage – mime acts tend not to jabber away. And offensive in that when watching his show, you’re a far cry from being an observer – the good Doctor frequently involves, invites on stage, or simply attacks audience members.

This sort of anti-comedy routine, as it’s been labelled, has seen him beavering away as a cult act for some time, but now Doctor Brown is headed for the big time.

It, and you, best beware.Brown, aka Los Angeles-born Philip Burgers, who studied at Paris’s prestigious clown school Ecole Philippe Gaulier, swans into London’s Soho Theatre this month with his unpronounceable show Befrdfgth after a sold-out run last year.

Not so much as a cult performer anymore, though, but a multi-award-winning one: the Barry accolade for Best Comedy Show at the 2012 Melbourne International Comedy Festival; the Theatre Award for Innovation at the Total Theatre Awards in Edinburgh; and probably most prestigiously, last August’s Edinburgh Fringe Foster’s Comedy Award for Best Show.

In light of this critical success you might expect Burgers to bask in this new-found limelight, yet he does nothing of the sort. Burgers rarely speaks to the press, and when he does he’s aloof and cryptic.

Not publicity shy by any means, but unconcerned with pimping himself out. Dissecting his work with the media is of little importance – performing his show for an audience is.

While trying to get his reaction to his widespread acclaim and sure-to-be-sold-out-soon shows, Burgers is, TNT finds, a tad uncommunicative.

We want to know how someone uninterested in fame feels about having exactly that thrust upon them. But telling us just isn’t his style. After all, he is a silent performer, so perhaps it’s fitting. 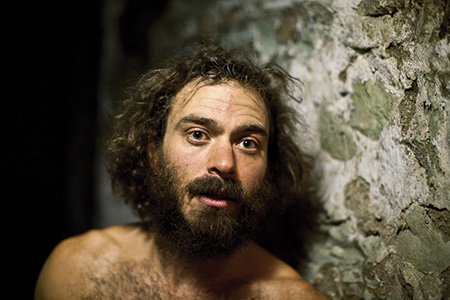 Even his PR tells us: “He can be tricky to pin down.”When he can be tracked down, Burgers speaks flippantly about his alter-ego’s new-found fame and his plans and intentions.

“How did he feel about winning the Foster’s award last summer?

“Happy,” he told Comedyblog.com at the time. What was he going to focus on doing now he had such a prestigious award under his belt?

“Television, man!” he replied, taking the piss. He may be the toast of the comedy town, but you’re unlikely to find him on Live At The Apollo anytime soon.

Despite picking up all this widespread critical acclaim, Brown remains unimpressed by it all. Fame has not changed this man!

He goes to the theatre to feel the same sense of purity, humanity and honesty you experience lying in your partner’s arms post-fuck, he’s previously explained.

As a performer, it’s his responsibility to deliver this, he claims, somewhat idealistically.

When TNT asks him whether in high school he was the jock, rebel or the class clown, his response could be with a flower in his hair – “the lover”, he decides matter-of-factly.

Playing the fame game and sticking within everyone else’s comfort zone is a role he refuses to play – scoring critical acclaim and fame have never been on his agenda.

”I don’t care how big I get. I just want to stay free.” Despite this, though, he’s only got bigger over the following 12 months.

You wouldn’t have expected this, particularly in light of the reception he was granted at his first Edinburgh Fringe where  people walking out was a frequent occurrence – and still is.

For one punter racing for the exit, the path was not so easy, mostly because a bearded Brown, with a pinny draped over his hairy, half-naked torso was stood blocking the doorway. 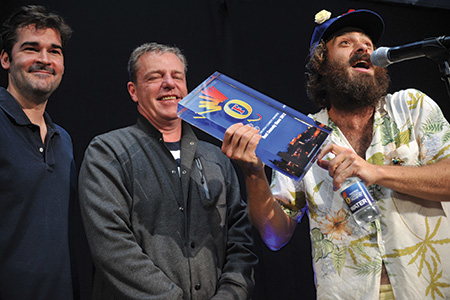 The price for passage? A kiss, or leaving behind his girlfriend. Neither option appealed to the man.

Admittedly, his fucking with you – a brutish and simple defence mechanism – has taken on a softer bent of late, but making the audience uncomfortable and awkward was never his intended goal.

He wouldn’t willingly force someone to do something they weren’t happy with, or plain didn’t want to do.

But if they are on the edge, and just need a little bit of persuasion, then they are fair game – as is your personal space and privates, which we’ve seen are just as likely to be part of the show as the stage-based goings on.

Audience members have been known to be grabbed, groped and kissed, smeared with baby oil, or cajoled on to the stage.

He’s even done routines in which he skips out into the crowd in a shiny, blue kimono and helps himself to the audience’s bags and belongings.

Does Brown think he’s ever gone too far? “Yes,” he tells TNT, before adding: “But you have to go too far to know what the limit is, or was.”

Brown’s game is buffoonery with a predatory stance, or clowning with the audience in his cross hairs, and he’s not the only clown – although he tells us “I’m not a clown” – out there silently hitting the big time.

At the end of last year, mute Kiwi Sam Wills, aka The Boy With Tape On His Face, scored himself a prestigious Christmas West End residency. 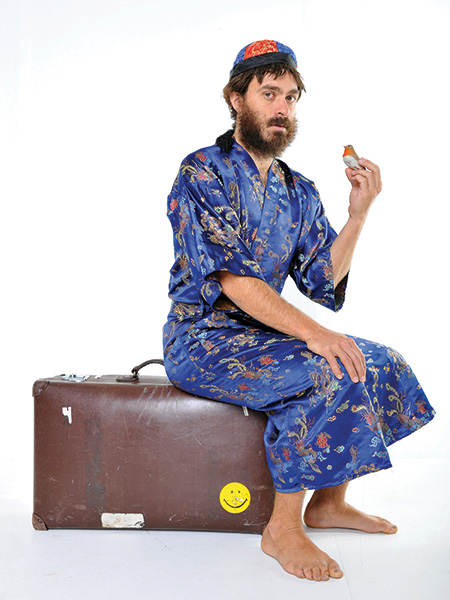 The Boy too has found both commercial and critical success – he was last year’s Ed Fringe Panel Prize award recipient – coming across as less confronting overall than Brown.

But where they meet is with their mastery of their audience and timeless techniques.You could take your mum to The Boy, and she’d love it, but Doctor Brown is an edgier proposition – your mum might like it, but may flee the theatre in disgusted bafflement.

It’s also a refreshing antidote to the glut of gag-men populating the never-ending procession of TV panel shows.

The Fringe certainly agrees – it normally gives its top award to those who deal in prescient political observation, astute social commentary or old-fashioned joke telling.

There’s even a best gag of the fest award adjudicated by Dave TV. Yet the clowning Brown was crowned comedy king.

And the funny thing is, no one knows whether he’ll go on to be the biggest comic on the planet or shrink back into self-imposed cultdom with his frequently demented shows.

This means everytime he takes the stage, it’s a landmark occasion not to be missed.

His October shows sold out in a flash, hence this new run. So you’d be a clown to miss it this time around. But don’t make eye contact!