How did your first solo album Say It To My Face come about?

I was putting this Tommy Pace project together [Morgan’s novel about a fictional soldier] and writing songs for it, but they weren’t coming from him.

So I started working with the guys [from The Tangiers Blues Band] and it started taking shape.

I did a gig at The Slaughtered Lamb, and met Simon Drake from Naim Edge Records, who suggested putting a record together. And it went from there.

You’ve described it as being “about grown ups for other grown ups” – is
this you acting your age?

It’s not so much acting my age but using my life experiences. It’s not for older people but for grown ups – you can be 15 and be a grown up. It’s like the people who listen to my [radio] show, they like different kinds of music like most people.

The Fun Lovin’ Criminals were a mix of all your influences, is this the same?

When we came to the UK I don’t know what we were called – rap, hip-hop, rock, whatever. We took all the sensibilities we grew up with and made something unique.

This is very different, though. Before it was a lot of MCing, now I sing. There were a lot of late nights in the studio trying to get the gravelly Tom Waits sound. 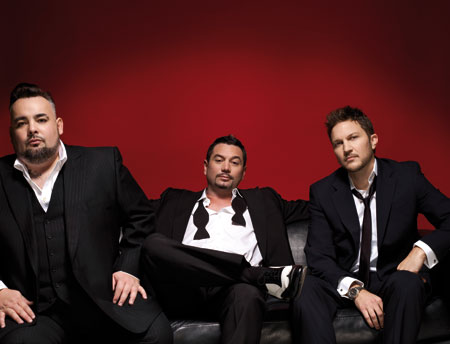 Where did the name come from?

In my neighbourhood, if you said something about someone you better say it to their face, because they’re going to find out and if they don’t like it, you are going to have to deal with the consequences.

And today we can go online and say things that are not complimentary, which I have learned my lesson on.

Do you mean the Twitter comments you made about Lauren Laverne?

Yeah, my ‘online problems’ made me realise you have to watch what you say as you can hurt people’s feelings and make an ass out of yourself. And I did both!

You’re donating all your money from the record to military charities, too…

It’s about what happens when these people come back – they need help and the government turns their back. It’s the same on both sides of the Atlantic so I am donating it to the Wounded Warrior Project and Help For Heroes.

Should the government do more?

[Returned soldiers] aren’t a priority for them right now. There are a lot of things that occupy the media’s mind.

In the US they wouldn’t allow you to see coffins coming back, which makes you feel no one is dying. 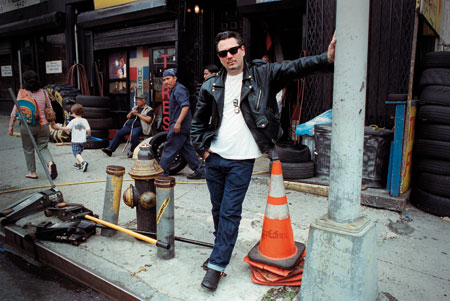 What are your hopes for this week’s presidential election? Meat Loaf came out for Mitt Romney…

First of all, his name is Meat Loaf, mine is Huey, there is a big difference. I do support Obama, he’s done an amazing job being handed a pile of shit four years ago. He’s the first president in my generation that cares about the people.

Why did you move to London?

I’ve always thought life is a series of adventures. I’d been living in New York with my wife for a while when she said, “You’re not doing much creatively here, just sitting around collecting cheques, so, why not try London?”

And it worked out alright…

Fast [FLC’s bass and keys] had been here for five years at that point and our drummer Frank is British, too, so it brought the band back together. And then I found my home at the BBC, which helped me fall in love with music again.

Why did you fall out of love with music?

It felt like an obligation rather than what I was put on earth to do.

But then I’d see the fire in the eyes of up-and-coming musicians – I’d have to be deaf, dumb and blind not to be motivated by it.

Has the music business improved since you started out?

I remember talking to some guy at EMI 15 years ago about Napster and downloading, maybe offering an exclusive download. They laughed like I was mad.

We had an eight-record deal when we first signed, but now you get a single deal and if it doesn’t chart you’re dropped.

Who’s been your musical hero?

The Clash by The Clash was a big record for me. I have a pic of Joe Strummer on my wall in my man-cave. Joe was a friend. He’d say, “You’re a real operator Huey,” and I liked that. Those guys caught lightning in a bottle. They were one of the greatest bands ever. They made me want to make music!

Huey and the New Yorkers’ Say It To My Face is out now.
They play Bush Hall, Nov 7, £16.50
W12 7LJ
Tube | Shepherd’s Bush
hueyandthenewyorkers.com