Rave legend Adamski is the genius behind this new club night which fuses the latest sounds with the waltz. Yes, you read that right.

“The waltz was not initially a formal dance with strict ballroom steps,” says the man behind monster Nineties hit Killer, with Seal.

“It usually involved grabbing the nearest desirable human being and whisking them around with reckless abandon.”

So a sexed-up dance from the 18th century is brought into the present with an electronic-punk twist.

Chinese film is bigger, bolder and more ambitious, combining its unique voice with increasing international appeal – just look at this year’s US$94m war epic The Flowers Of War for proof.

This festival celebrates Chinese cinema, with a UK premiere of the Venice Film Fest-award winning People Mountain People Sea, too.

The Imperial War Museum has kept people’s accounts of battle since World War One.

This exhibition, War Story: Serving In Afghanistan, brings together photos taken by and of soldiers currently serving there.

It’s a stark reminder of the danger, camaraderie and confusion inherent in active combat.

Day of the Dead Festival

This four-day Mexican festival celebrating friends and family who have died has Rodrigo y Gabriela playing each night, a photography exhibition by Mexican artist Graciela Iturbide and visual installations by the London-based Le Gun collective.

The Old Vic Tunnels will be transformed with stalls offering top street food. 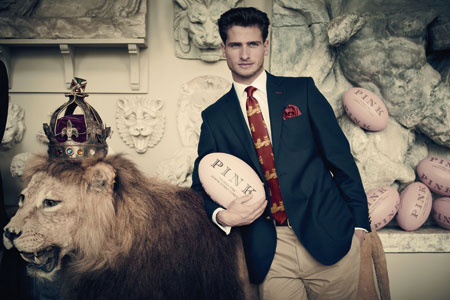 Thomas Pink’s been announced as the new outfitter for the British and Irish Lions tour Down Under next year, hence this three-day pop-up turning The Golden Lion into The Pink Lion.

Rugby-themed nights include a ‘Question of Sport’ pub quiz, screenings of historic matches and a Pink Lion lock-in, in which former Lions stars will share behind-the-scenes tales of the past.

Aboriginal artist Michael Cook’s first UK exhibition features 10 photographic prints that use the manipulation of colour and scale to illustrate an indigenous Australian woman’s encounters with Europeans and colonialism.

It will be accompanied by individual works from four of his previous series.

Hardeep Singh Kohli is the third celebrity chef guest to take up residency at this Supperclub Presents… evening, and he’ll be preparing his own spicy four-course Indian meal.

The Supperclub will also enjoy a Bollywood theme for the evening, with Bhangra dancing to set the mood.

The Red Line: A Railway Journey Through The Cold War

London sound: gigs in the capital this week