Your last film, Take Shelter, was born from your anxieties about becoming a father. Where did Mud come from?

I pick an emotional anchor for my films and for this one it was a palpable one – heartbreak. It was different to my other films, Shotgun Stories and Shelter, as it is a nostalgic feeling for me.

Any particular heartbeak for you?

There were two high school sweethearts who I was really in love with. Your heart never gets broken the same way as that first time – when a girl broke up with me for the first time I was physically nauseous. An emotion like that seems worth anchoring a film to, that’s what connects it to an audience.

Beyond that it doesn’t have to have personal reference. I have never lived in a boat in a tree or been hunted by bounty hunters [like Matthew McConaughey’s character Mud]!

Lead character Ellis (Tye Sheridan) is looking for a mentor figure – did you draw from people in your own life?

I have had points in my life when an older guy comes in and gives you a piece of advice which is perfect for the place and time you’re in. It opens your mind up to certain things. For me, the main mentor was a film guy, but what Mud does for Ellis is tell him that love is possible.

The film is set and was shot in Arkansas – how was returning to your home state?

In the US it is all about state tax incentives. Louisiana borders Arkansas and the Mississippi, and has massive tax incentives that are impossible for surrounding states to compete with. But the film takes place in Arkansas, so the state stepped up to the plate – the governor actually dipped into a discretionary fund so that they could match Louisiana’s incentives. 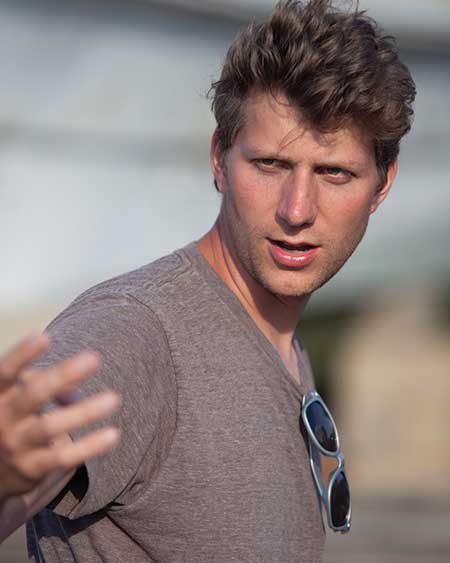 It is your biggest movie yet – how did you find working on a bigger canvas?

It is great. I am not an indulgent filmmaker in terms of production. I’ve heard Clint Eastwood will do a few takes and when he thinks he has it he moves on. He has his script and executes it.

You’re not a 28-take director then?

No, more a five-take kinda guy. When we get past that I get itchy. What I’ve always wanted from a film set is time to execute my plan and this felt like the first time I’d had that time.

Hollywood legend Sam Shepard read the script and signed on saying, “Tell the writer not to change a word.” How did this endorsement feel?

He is such an icon. And as a writer it gave me the confidence to work with him because he doesn’t need to pass those comments. He wouldn’t be there if he didn’t want to be so it made it easier if I had to give him a note.

How did having Matthew McConaughey in mind for Mud affect writing the script?

It made it easier. I had written the lead character imagining what his voice would sound like and [with Matthew] I didn’t have to recalibrate because the character was already in his wheelhouse. I remember getting on set and hearing him speak for the first time and closing my eyes and smiling. It was a thrill.

Tye Sheridan is astounding as Ellis. What struck you about the young actor?

The universe delivered him to my doorstep, really. [Mud producer] Sarah Green had produced [Terrence Malick’s] The Tree Of Life and she said: “I think Tye [who starred in Tree with Sean Penn and Brad Pitt] might be getting to the right age [for the Mud role] now.”