One is sitting third on the Super League table looking to build on what Aussie Michael Monaghan calls a “slow” start to their season. The other is propping up the bottom of the ladder, looking to turn their talent into wins. One comes from rugby league’s heartland, the other is fighting for attention in a town where football is god.

This explains why, when TNT suggests Warrington aren’t going too bad with 10 rounds to go before the play-offs, the former Manly hooker politely says otherwise.  “We started the season slow,” he says.

“We were still winning games, but we lost some we shouldn’t have and weren’t playing as well as we’d like to.”

Surprise losses to Hull KR, Widnes and St Helens are among the Wolves’ 2012/13 disappointments. Still, they’re improving, as a dominant win over St Helens showed recently. But the bar is set high, and has been since 2009, when the team once known as ‘The Wire’ due to the city’s former main industry won the Challenge Cup, their first trophy in 35 years. Monaghan, 32, won the Lance Todd Trophy for man of the match that day, in his second season at the club.

“The last few years we’ve set some standards people now expect from us, and we expect it too,” Monaghan explains. “The question is being asked if we’re as good as we’re supposed to be, and fair enough. We have to play better.” 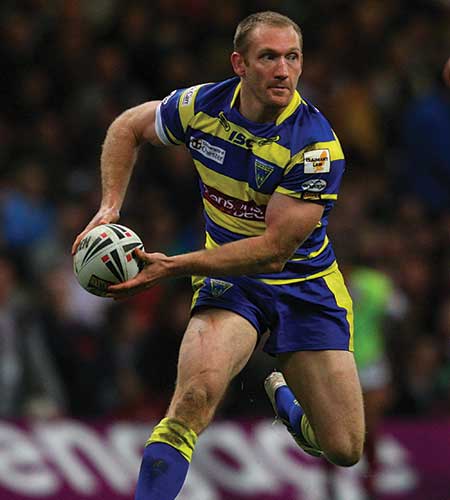 Michael Monaghan in action for the Wolves

The Warrington that now scoffs at third and only shoots for silverware is a flip from what it was six years ago, Monaghan says. “It’s certainly changed from the first season I was here. The club’s improved every year. Since then we’ve won three Challenge Cups and made a grand final. Every year I’ve seen improvement, which is what we’re going for.”

The obvious difference was Australian former England coach Tony Smith, who joined from Leeds Rhinos in 2009. He’s added quality to his squad every year since, including signing England half-back Richie Myler in 2010, and veteran fullback Brett Hodgson and Michael’s brother Joel Monaghan in 2011.

For Smith, the signing of Joel, 31, may have been brave given his exit from the Canberra Raiders the year before following a Twitter picture controversy involving a dog licking his genitals (look it up on the internet if you must), but the coach has been rewarded for giving the winger a shot – a return of 70 tries in 74 matches isn’t too shabby. “He’s definitely come over in not so great circumstances, but I think most of that’s passed him by now,” Michael says of the 190cm flyer who played five times for Australia. 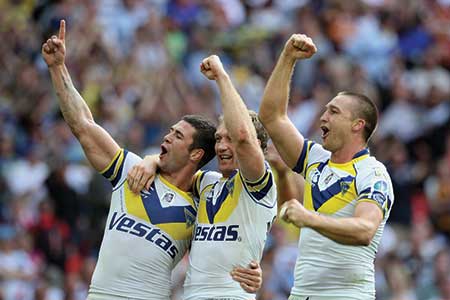 “He’s really enjoying the lifestyle over here now and the different type of footy.“The NRL’s the best rugby league competition, but the style of play in the Super League is probably more exciting, with more space for wingers where he’s not an extra forward trying to make yards, which he enjoys.

“It’s the best club for him to come to after what happened in Australia – he’s got good mates here, played with [club captain] Adrian Morley in Oz, [and I] obviously may have helped him settle quicker than he may have somewhere else.”

Last year, they were joined by Kangaroos and NSW rep Trent Waterhouse, but it’s not just personnel that makes Warrington strong, Monaghan adds. Behind the scenes is also key. “Our owner [music promoter Simon Moran] invested in our facilities, and it’s what makes the difference between the top and the bottom clubs,” he says.

“If you’ve got an owner willing to spend money on facilities and up to the salary cap on players, it gives you a massive advantage. We played in Wakefield recently and the changing rooms weren’t big enough to fit our team. There was one toilet for 25 blokes and staff. That why there’s a disparity between the clubs.”

A look back at the past three years illustrates that gap between the top four or five sides. In 2010, Wigan, St Helens, Warrington, Leeds and Huddersfield made up the Super League’s top five, with Wigan beating St Helens in the final. 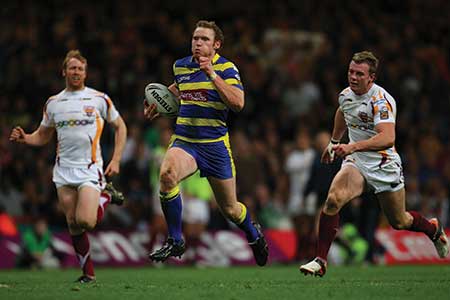 Brother Joel breaks away for Wolvse against Huddersfield

But this doesn’t explain the Broncos, who have no trouble signing top players from the NRL and can beat anyone on their day. “Their place on the ladder doesn’t reflect what they can do,” Monaghan says. “London are a team that I think are really going to improve in the back half of the season and they’re a really good chance of having a successful Cup run.”

The Broncos have the best possible chance for their July 12 quarter final, the Sheffield Eagles, the only second flight side still in the draw. Warrington face a much tougher Huddersfield but will fancy themselves given recent years. For Monaghan, it’s one of his final opportunities at silverware before possible retirement.

“I’m off contract at the end of the year, so it’ll be a decision to retire or play at Warrington,” he says. “I couldn’t see myself playing at another club so it’s here or finish up. But for me it’s all about the next game until the end of the season.”

That means no mercy for the Broncos this weekend in Gillingham, Kent. 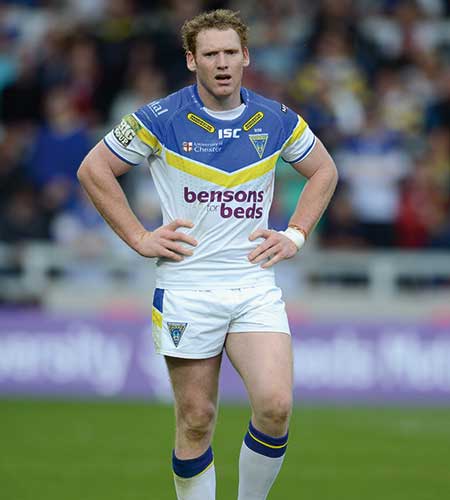 Brothers in exile: Monaghans vs England

The brothers Monaghan could band together in representative rugby league for the first time this year when the Exiles play England on June 14 at their club’s home ground, Halliwell Jones Stadium, Warrington.

Hooker Michael has been picked in the squad but missed out through injury the past two years as his brother has starred. This year that could all change, and their parents Stewart and Mary are locked in to be there.

For a player in the UK, Origin is a dream past, while New Zealanders get rare chances to represent the regions. But here they band together, and it means plenty, says Monaghan.

“The Aussies and Kiwis cop a lot of stick from supporters, suggesting we come over here just for the money, that sort of thing, so I think it’s a thing the players enjoy,” he reckons. 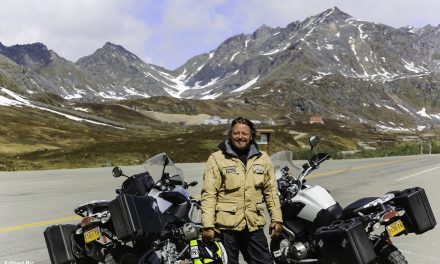