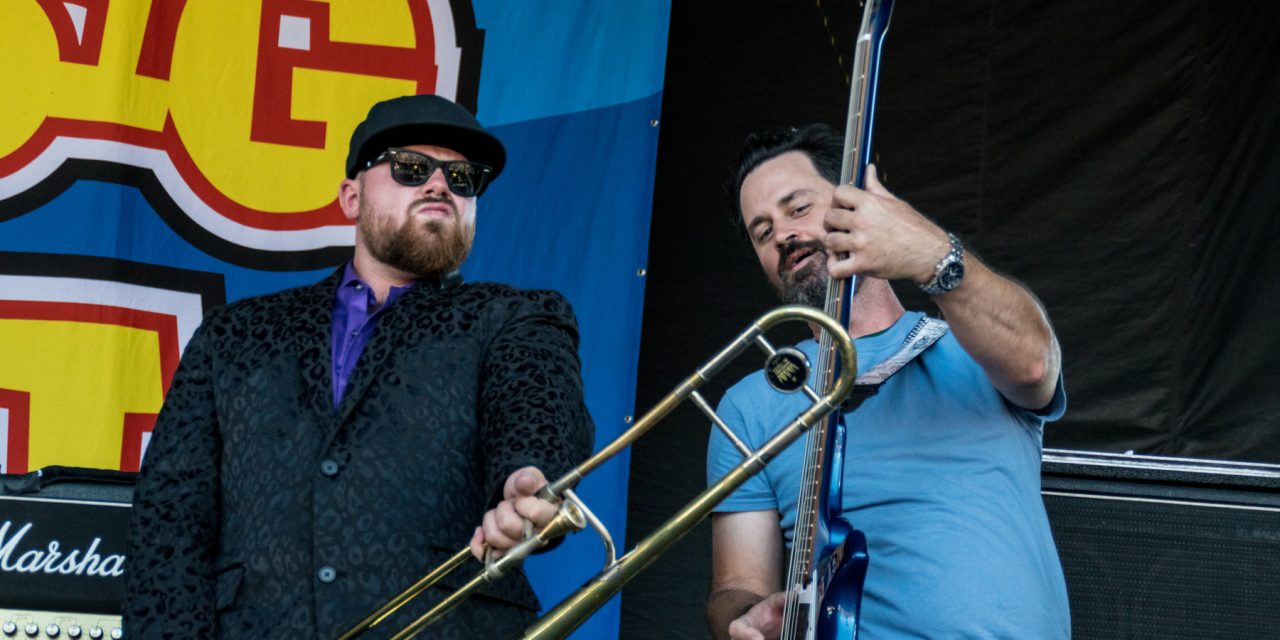 Hey Aaron, have you been to Australia before?
We have, usually we come down once a year and have done that for the past ten years or so. We’re from southern California which is kind of a similar climate and atmosphere, so Australia almost like a home away from home for us.

Will you see a bit of the country while you’re here?
I suppose I would say the only downside to touring around Australia is that we fly everywhere. But I’ve always been a big advocate of it’s a people that make the trip. We love the energy of the Australian crowds, and not only that, but we love going out for a pint with the fans afterwards. For some reason, it seems like there are more after-parties in Australia. We’re saving up for it, we’re not gonna drink for a few weeks before hand.

Tell me about the latest album.
Well its called Candy Coated Fury and we released it this summer, it’s all original new music and I guess it’s taken us a good twenty years of being a band for us to finally describe our music and I think the title says it all. It’s energetic, happy go lucky dance music mixed in with sarcastic, spiteful lyrics. When you put them together they kind of compliment each other. I always say it’s kind of like getting a punch to the face followed by a nice, heartfelt hug.

After twenty years of performing, how do you keep the shows fresh?
Luckily, we’re able to playing to a different group of people every night and that really makes the songs feel fresh and new. Sure they’re songs we’ve been playing for over 20 years and you’d think we’d be sick of it, but playing a song like Sell Out –when we bust into that and we see the looks on people’s faces and the cheers, well that makes it exciting for us to play.

Speaking of Sell Out. Do you still believe you haven’t sold out?
Well I mean, I’m not sure if I can completely directly answer that question but I do know that we all feel extremely lucky to be able to play this music and still be able to do what we do, and continue to have an amazing group of fans who get to share in that journey. You know, I don’t think we ever have sold out. I think we’re very honest and sincere and I am damn proud to be part of this band. Not a lot of people can say that.

Do you find that there is a new generation of ska fans?
I think the music has a universal quality, so it’s not just young kids, we have people from 10 years old to people in their forties. The band has been around for so long that people are bringing their kids to the show. The only drawback is, it makes you realise just how old you’re getting. But I think it’s really cool to see people appreciating the music and sharing it with their families.

Do you still wear the big bright suits on stage?
Yes, we still have our superhero costumes, as we like to call them. We like to keep it colorful, that’s what we’re known for.

You’re also known as the ‘King of Ska’, how did you get that crown?
Wow, I was unaware of that but I guess the secret to winning that title is being in a band that doesn’t break up.

How many instruments do you play?
Guitar has always been by main instrument and I have played a bit of piano but I guess that is one of the great things about in a band, is that when you need someone to play a certain instrument you just give them a call and get them to join in.

Do you think you’ll still be going in 20 years time?
Man, I hope so. Beacause I don’t feel like flipping burgers for a living.

What did you think of No Doubt reuniting this year?
Well, I’m not gonna lie, I have mixed feelings about it. I love the fact that they have some good songs on their album, but I wish they wouldn’t just put out another No Doubt album. But they do represent the Ska scene so I am glad that they’re still out there doing what they’re doing.

Do you have a favourite cover to perform?
One song we’ve been playing a lot lately, and the fans seem to love it too, is Brown Eyed Girl. It works well for everyone.

One of my favourite songs of yours is She has a Girlfriend Now. Is that based on a personal experience?
You know, I wish I could say it was but I guess that was just me playing storyteller. It was kind of like, what if this happened? And I put it into words.

You still do Warped Tours, how important are those festivals?
We’ve done Warped Tours throughout the years and it allows us to remind people that we’re still out there rocking and rolling and kicking arse. Because we’re still trying to reach as many people as we can through our music. So whether it’s Warped Tour or Soundwave or Reading, we’re always trying to reach new people.

Do you have a stand-out gig?
Probably doing the Soundwave tour a few years ago when AFI, Faith No More and Jimmy Eat World was on it. That was really cool to be part of it, it’s different to when we tour on our own. And to be a fan of a band and have them come up to you and say they’re a fan of yours, well it’s great.

What’s on a Reel Big Fish rider?
Well we usually get a live chicken and a python and before each show we sacrifice the chicken and drink snake’s blood. (laughs) I think after twenty years of touring you kind of cut out the nonsense, nothing crazy, just breads, fruits and veg and we’ve sort of come to an equilibrium with our bodies and we know how to take care of ourselves now on the road. Sometimes we’ll go crazy on a tour, and usually the longer the tour, the more drinking we do. Especially in Australia.