For his latest TV series, the adventurer meets Somalian pirates, braves Mogadishu – one of the most dangerous places on the planet – dives with sharks and patrols with the Special Forces. But all this he takes in his stride, concerned instead about day-to-day practicalities. “Flipping seatbelts!“ he says, incredulously. “It’s amazing how many people go abroad and start behaving as if they’re in a bumper car.

“I’m more nervous when I’m driving or being driven down some dodgy road with cars coming out of the darkness than I am walking into a drug den. I think it’s safer.

“You have to get these things into perspective – generally, people don’t want to chop off your head. As travellers, these aren’t the risks we have to worry about.”

And, having just finished filming Indian Ocean, his eighth adventure travel TV series for the BBC, following Tropic Of Cancer and Explore, if anyone is qualified to know, it’s Reeve.

Due to be broadcast in April, the six-parter sees the best-selling author and journalist travel 16 countries along the coast of the Indian Ocean, starting in South Africa, heading up the east coast of Africa, around India and back down the western coast of Indonesia to Australia – a journey he’ll be recounting at Saturday’s TNT Travel Show in Earl’s Court.

“It’s a fascinating and beautiful region which people think of as luxurious holiday islands, but there’s much more to it,” he says. “What happens in the Indian Ocean, just as what happens in other remote corners of the world, really has an effect on people here so they need to know about it.”

Not bad for a London lad who started out stacking shelves for Waitrose and was turned down for a job as a white-van driver before getting his big break in 1990, as a post boy at The Sunday Times before working his way to his current job, one thousands of people would love to do. 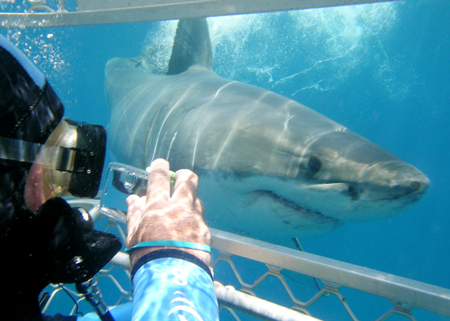 “It is a privilege and it is exciting,“ he says. “What I get to do is what any traveller would like to do. They don’t just want to go sit by a pool and squander their hard-earned holiday. They want to do things, see things and meet people – and I’m really blessed to be able to do it.“

Reeve says the desire to learn drives him, and it’s that attitude which led him to go scuba diving for the first time – in a shark cage off South Africa. “We travelled from Cape Town to Zanzibar, and one of the reccurring themes was sharks and how we are terrified of them but are actually annihilating them,” he says.

“So I had a rapid introduction to them. I was quite nervous, but I was also thinking, ’Is the camera in the right position? Is the lighting OK? Oh my god, there’s a shark coming!’ You do think when you’re being filmed that there’s some sort of force field that protects you, which is, of course, ridiculous – the camera will just be capturing your last moments if something takes a chomp on you.“

It’s that concept of a force field, the notion that the camera somehow offers protection – a barrier between him and the dangers in which he finds himself – that Reeve refers to when stumbling upon a drug den in South Africa.

Investigating poachers targeting a rare shellfish called abalone, and selling them to gangs in China and the Far East, led the crew to Cape Town, where it was discovered that, instead of doing it for cash, payment was being made in the form of a drug known as “tik“.

He says: “We walked into a township and were told where to find find a guy who had a tik problem. We walked into a house and I thought, ’Oh, it’s a drug HQ’, and there was a guy getting ready to do some crack with at least one gun by his side.

“So we were sat down with these gangsters who kept coming in and introducing themselves as, ’This is my right-hand man, he’s called Killer’ and, ’this is Blade, he’s just been released from prison’. I’m thinking, ’We need to get out of here!’. Then they started hassling us, saying we needed to pay them, so we bailed. I’m not a nervy type but I do feel
the force field is on when we’re filming.“

And it’s handy that Reeve does have this, at least imaginary, protection, as the dangerous situations keep finding him – or perhaps it’s the other way around.

He openly admits to being scared – who wouldn’t be? – citing the front line in Mogadishu as one of his most hair-raising situations to date, but he’s still humble about the experience.

“We had flak jackets on and we were being protected – it’s not like fighting on the Somme or anything; we weren’t in excessive danger, but it was an active conflict,“ he says. “

There was a moment when a sniper was shooting over our heads … and the shockwave was quite something; a large calibre bullet passing too close to a human can shed the skin. 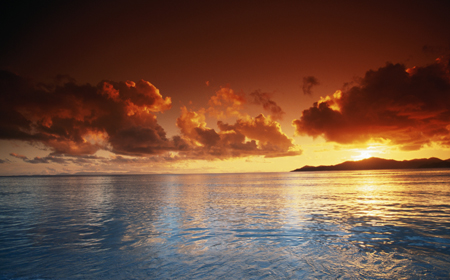 “It knocked me off my feet. In that split-second, I didn’t know what was going on and whether it was an incoming or an outgoing and that was terrifying.“ But far from being deterred, these precarious situations seem only to fuel Reeve’s desire to travel. He even admits it’s “perverse“ but says the country he’d most like to return to is Mogadishu, the epicentre of piracy in the Indian Ocean.

“We met with pirates – they were in prison at the time. One of them was complaining about his hemorrhoids,“ he laughs.

“They initially went to sea because people were illegally fishing in their waters. But now it’s a massive business, – they’re torturing and killing people and holding hundreds of people hostage now. It’s an awful situation.“

The force field, though, can’t shield Reeve from the scenes of deprivation and suffering – he insists the faces of some he’s met along his travels have stayed with him.

“I’ve had people thrusting babies in my arms, telling me to take it and give it a better life. That makes me well up even thinking about it now. It’s not something you can get over.“

But perhaps that’s a bit of paternal instinct kicking in – as we’re talking, Reeve’s 11-month-old son can be heard in the background. “It was really hard to be away. It’s the most amazing job but I’ve got a little tot now who is more exciting to be with than wrestling a crocodile which I was doing last week. Bizarre!“ he laughs.

Despite this new-found perspective, Reeve still has more travel left in him, and he’s still “hungry“ for it.

“I meet people who to travel outside their village is outside their comprehension, let alone getting in a place and travelling to the other side of the world,” he says.

“As a traveller, you want to rack up as many things as you can, whether it’s bungee jumping or trying some weird food everyone says not to take. Just bloody do it, because it’s a privilege that we can.”