There’s no denying that Kim Churchill’s on the way up. The NSW-born singer songwriter released his first album, With Sword and Shield, in 2010, and is currently the support act for Billy Bragg’s European tour. He’s releasing a new studio album, his third, in 2014.

What’s the tour been like so, far, and where’s the best place that you’ve played?

It’s been an amazing adventure, really. I got myself a little van with a bed in the back and set off. Europe was stunning, though the tour was so quick that I felt incapable of digesting the amount of culture on offer each day. The UK has been great because the drives are so small – I have toured Australia and Canada the most, so touring here is a real treat! The theatres I’ve been playing in before Billy Bragg are really stunning in every way and his audience are an absolute pleasure to play to. I couldn’t ask for a better introduction to the UK and Europe.

Do you have any outrageous demands for your rider?

Nope – I know where I’m at in the food chain!

What’s your favourite song to play live and why?

It always changes. Because I’m on my own onstage, I let things go in whatever direction the feel on the night. I always find my favourite moments are in different songs. I particularly love playing a song called Bathed in Black because it’s full of wacky electronic sounds and heavy guitar riffs. 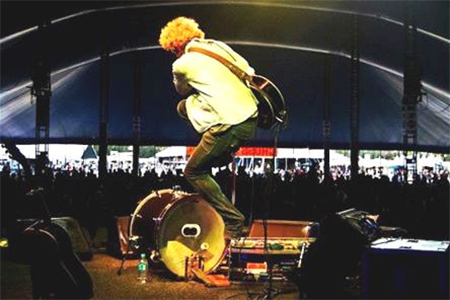 You’re coming to London on December 1 and 3. Do you have anything planned for after the gig, or will it be an early night?

I’ll try to find a place to park where I won’t be bothered, and see if I can nab a shower somewhere. Other than that, being slightly intoxicated is the best way to approach sleeping in the back of a vehicle in a busy city, so I daresay I’ll be out to find some nice ales.

What’s the best thing about touring – and the worst?

The pace is both. Its invigorating, amazing and deeply satisfying. But it carries you away sometimes, and you feel you can’t stop; when this happens, everything can become quite overwhelming and you really have no choice but to charge on full pace. I’ve grown very fond of the small chances when I get to do nothing.

Have you and Billy Bragg got up to any high jinks, or have you been quite well behaved?

Ha ha! It’s a very well-behaved tour to be honest. We all have a good laugh and there is an amazing bond between everyone. I think to a degree that Billy is beyond mischief and I’ve quite enjoyed following suit.

Do you have any mad fans, and if so, what’s the most memorable (read: crazy) thing they’ve done?

A women in Queensland once asked me to sign her lower back and then her husband tried to beat me up. That was quite crazy. Other than that, I really enjoyed a freestyle rap a young German guy gave me in Frankfurt and a girl made me a nice blanket in Hamburg.

If you could have dinner and drinks with three other people, alive or dead, who would they be?

Firstly, Leonard Cohen; of all my musical heroes, many I feel I wouldn’t want to meet. Leonard is one guy I think would be really fascinating to interact with. Secondly, John Bonham. It would be awesome to go out, drink some beers and hear some stories. Alas, it will never happen. Thirdy, Herman Hesse, purely to pick his brains. 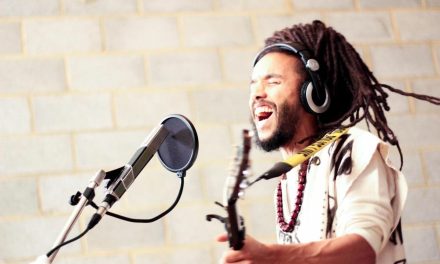