“It’s about 60 minutes of the funniest things I can think of, said in a row,” stand-up comedian Wil Anderson tells us somewhat modestly of his new show, GoodWil. Could he be more specific? “I guess it’s also a lot about the culture of feedback and how that can lead to a culture of complaint… but with dick jokes!” Aah, that’s more like it.

Anderson has always been something of a contrarian, a stand-up equally at ease taking on big issues as he is delving into the filthiest jokes you can think of. He’s a “blokey”-sometimes funnyman, as keen to challenge stereotypes as he is on living up to the matey Aussie one he’s often described as.

Both a talented comic and very successful too, Anderson has written a new show every year since his 1999 Edinburgh Fringe debut and also enjoys a booming sideline in radio and TV, courtesy of his hosting gig on The Gruen Transfer series and shows on Triple J and Radio Q. He has found fame Down Under but – so far – remained largely under the mainstream radar in this hemisphere. That’s about to change. 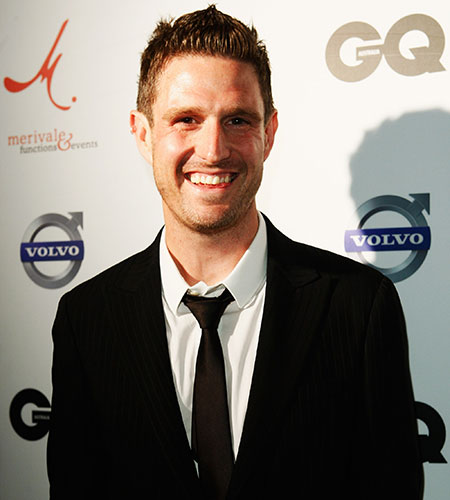 He’s in town for a two-week stint at the Soho Theatre with Goodwil, which comes straight from its Melbourne International Comedy Festival premiere this April, an event at which he’s found great acclaim, nabbing the People’s Choice award three years in a row since 2010.

“The show features a bunch of stories about things that have been going wrong in my life lately, things that are big to me but small in the context of the world, and I am trying to talk about how you reconcile those things and keep perspective,” Anderson says, adding reassuringly that this won’t be at the expense of phallic-centric giggles.

After all, it wouldn’t be a Wil Anderson show without interspersing the serious themes with a well-placed knob gag. But why does he think we live in such a culture of complaint in the first place?

“The reason is multi-faceted, and partly to do with the ease of complaint,” he explains. “In the old days if you were angry you had to get an envelope, write a letter, buy a stamp and then go to the post office – halfway through you are going to stop being angry. These days you just push a button.” The digital age has brought us instant anger.

“It’s also a lot to do with the fact we are constantly being asked for feedback,” he continues. “Politics is poll driven, every service call comes with a survey, TV shows run viewer tweets, newspapers have readers’ comments.

“And this brings me to the media – with the growing demand for click-throughs in online media everything has to be sensational, which means everything must be black and white. The world would be a far more reasonable place if we just acknowledged that most issues have their fair share of grey.” 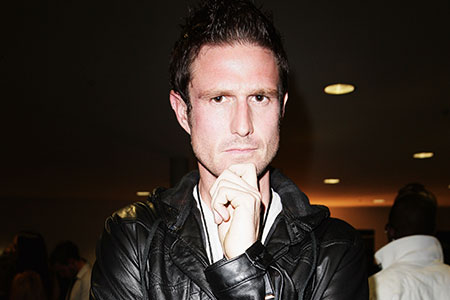 So what exactly has been getting Anderson’s goat, we wonder, musing over what sounds like an advancing journey towards grumpy old manhood?

“People who get their luggage before the seat belt sign goes off on the plane; people who don’t get off their phone in shops when they’re getting served; and people who tweet on zebra crossings,” he replies, throwing in what sounds like a very personal peeve at the number three spot.

Anderson will also be tackling a topic that has both featured in his material before and is currently sitting high in the sphere of public debate.

“I’ve talked about gay marriage for years,” he says of the political hot potato that’s doing the rounds worldwide at the moment (New Zealand legalised same-sex marriage in April, and the House of Commons has passed David Cameron’s plans for the same here, despite 161 MPs voting against it, and former Tory chairman Lord Tebbit claiming it could lead to fathers marrying sons and other such nonsense).

“I just see it as an equal rights issue,” Anderson argues. “I am a mostly heterosexual man – I say mostly because I am attracted to women but dress like KD Lang – who could meet a stranger today, fly to Vegas and be married in 24 hours.

“Yet a gay person who has been with their partner for years can’t declare that love in an equal fashion. That doesn’t seem right. As you can see from the changes around the world, it doesn’t seem right to a lot of other people either. I always said I’d happily stop talking about gay marriage as soon as gay people could get married – I was hoping I could have stopped by now.”

Equal rights are clearly a topic Anderson is passionate about. “The biggest concern at the start of a tour is that I want to talk about things that I will be as interested in when I am doing the last show as [I am when I’m doing] the first,” he says. “Then I try to make them funny.” 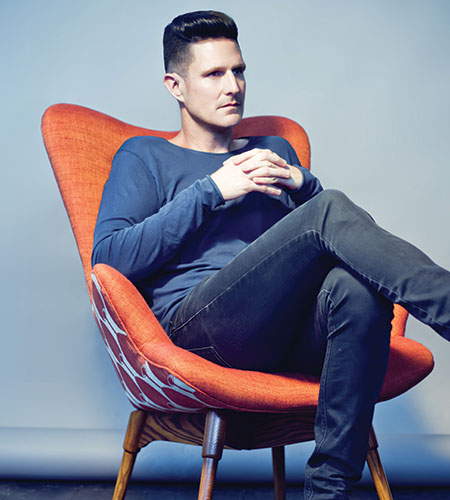 This determination to follow his passions has seen Anderson decide upon a renewed focus on stand-up, too, with his other jobs going on the backburner for a while.

“You get to a point in your life where you stop worrying what other people think or say you should be doing,” he explains.

“[You] just want to do what you enjoy doing. For me, that is and always has been stand-up comedy. A month ago I was playing the Melbourne International Comedy Festival, last week log cabins in Alaska, and now I’m doing a season in Soho. You see the world for free, which is more fun than sitting around at a radio station, no matter how much they pay you and how many free Bon Jovi tickets you get.”

Is there a downside to the touring, we enquire? “Missing out on your friends’ lives,” he fires back. “This January I missed two of my friends’ weddings as I was telling dick jokes to strangers in Minneapolis.”But with all this grumbling about our culture of complaint we wonder if he isn’t falling foul of the bitching bug himself. Or will he mature with age into a philosophical sage who takes the world and all its imperfections in his stride?

“I’m more likely to be a grumpy old man,” he decides. “I’ve always seen myself growing into some grumpy old George Carlin-esque comic with a beard and a ponytail.” With dick jokes, of course.