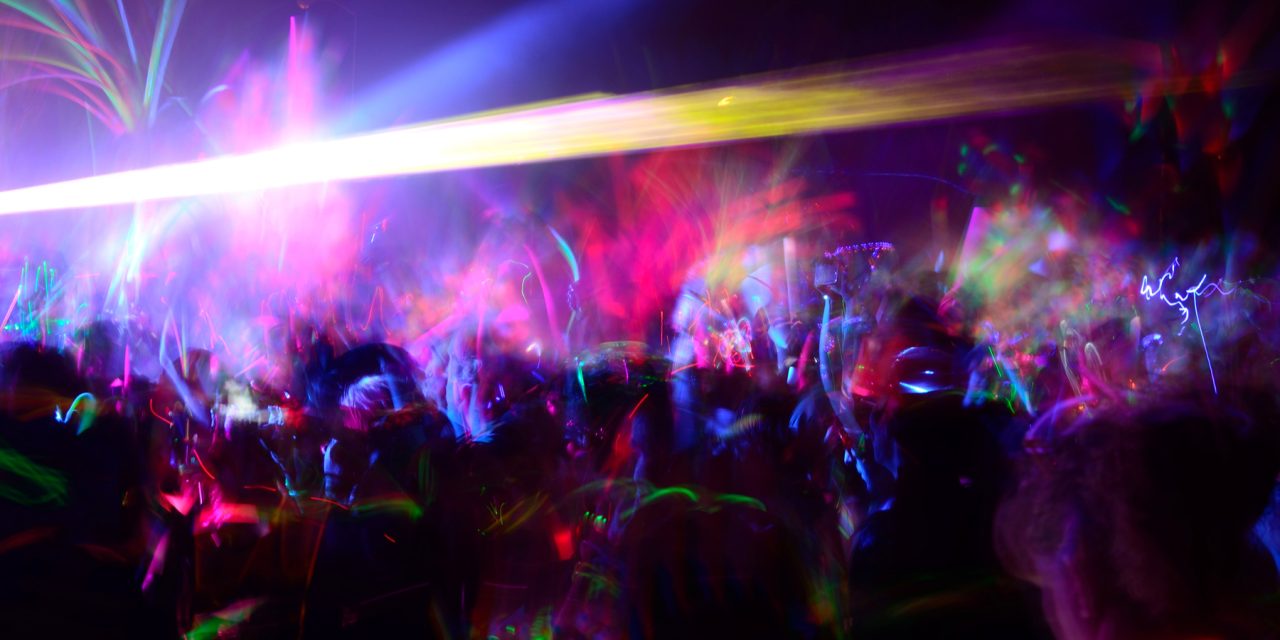 Your albums take a lot of different genres for inspiration – what did you grow up listening to?

Most of my family was into disco and, more specifically, Italo disco stuff. They didn’t really know who [Italian producer] Moroder was but they were constantly playing his tracks and soundtracks. I think he is a big influence. Later I got into techno as I started to go out clubbing.

Rave Age has a broader appeal than previous LP Flashmob – did you set out to make a pop-friendly album?

There was no brainstorming about what the album should be and who it should target. That’s not my approach to music or composing. I simply made the music that I felt like making at that moment.

Why did you choose Fade Away as the second single from the record? It’s a very poppy tune.

That track is a bit different from the rest of the album. It’s really pop and I thought it was obviously a single despite the fact that it is not really representative [of the album].

Stamina has a great video that warns in hilarious ways about the dangers of overeating – a man being attacked by a humanoid hamburger for one. Is healthy living important to you?

The video was not my idea but I loved the script. And yes healthy living is important to me. I play sports and I do try to balance my excesses. But I love enjoying the good things that life can give me above all. 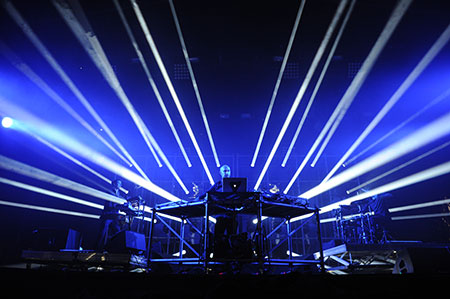 What is life like on the road for you?

I don’t party every night. Touring and playing are not always connected just with getting wasted. It’s more about performing and playing the show and making the people dancing enjoy your stuff. I am a kind of party monster too but I decide when I want to do it.

How do you decide each album’s new direction when there are so many genres mutating by the week?

That is exactly the thing – it is about not thinking just in terms of genres. I understand that with so much music everywhere and so many musicians out there it is difficult not to label everything. But as a musician if you get stuck into those questions [about what genre something is] you can lose a bit of yourself.

Do you ever feel anxious that some people out there won’t get Rave Age’s change in sound?

I think some of them don’t get it and that’s part of the game. And it is also part of the thrill and excitement when releasing a new LP. So I do get quite anxious sometimes, but I also think at the same time that if I do fail I can always make another one. And I remember it is just music, too, and maybe that’s not the most important thing in my life.

You have favoured shorter, three- to four-minute tunes rather than 10-minute build up structures, especially so on Rave Age. When did you decide to take this approach?

When I realised that it wasn’t relevant to make long intros anymore for my tracks. But then again, that might change again now because I am getting into longer songs again.

La Rock 01 off OK Cowboy was a crossover hit in 2001 featuring on compilations, soundtracks and even the floors of rock clubs – how did you feel about the track having such genre-crossing success?

All this was super and really intense. But it was like a slow explosion going on over two to three years rather than a regular BOOM! So it was all smooth and nice and I had the time to think about it and not freak out.

How does having a relatively small town of Dijon as your home base influence your music?

Dijon had a really intense techno life in the Nineties. It was hosting a lot of cool parties and we were a bunch of musicians that were playing almost every week in the summer months at small parties around the city. It was a really good time.

Which LPs have you enjoyed this year?

If you could tour with three other artists who would they be?

Iggy Pop, before he made adverts for phone companies, Depeche Mode at the Violator time and Justice for the fun.

Interview with The Streets