Perth rockers Birds of Tokyo are a cool bunch. They love the land Down Under and are touring it in September, so I sat down at the pub to have a beer with vocalist Ian Kenny (second from right) and guitarist Adam Spark (left) to discuss their new album and what they like about Oz.

Cheers guys! So… you’re from Perth, have you travelled much around Oz? Ian: Yeah, heaps. We’ve toured the country a number of times and I think individually we’ve seen our own little bits and pieces.

Do you have a favourite area? Ian:Broome and the top part of WA, like the Kimberleys. The Kimberleys are rad. Adam: North Queensland’s good for weather. Hobart’s really beautiful. Ian: Yeah, Hobart’s a really old-world little European town. Tassie’s lovely.

You toured regional WA in 2006. How did crowds compare to in the cities? Ian: I think they’re equally as passionate. And dare I say in some sort of terms they show a different type of appreciation. Because there’s fan appreciation, and then these guys who are just like, “you guys are cool, you’ve come to our town to play”. Adam: It’s a different appreciation because they don’t get a lot of big bands go through there. They are happy when a band comes that they’ve heard on the radio.

How’s the Perth music scene? Adam: It’s really good. Ian: I think every scene has it’s own strand of healthy competition but at the same time it’s outweighed by the support of the community. That definitely reflects in Perth for sure. It is a competition, there are so many factors involved, but it’s not like a sport-based type of thing.

We heard your new album online. In an ideal world would you rather all music was online or in a record store? Ian: It’s still a two-sided debate, the net is sort of a useful mainstream tool nowadays in the music industry. I think it’s becoming more policed and better run and better managed but it’s changed things, people don’t sell records like they used to, the whole model’s changed. Adam: The big double-edged sword is that, I like the convenience of buying music over iTunes, it’s easy and convenient. If I wanted a record I could jump online, that’s really cool, but I think the flipside is unfortunately people have got it in their brains that music is out in the ether, free to take and they don’t apply value to it, which is really sad.

Not big fans of illegal file-sharing… Adam: People have to understand that people like us, we’ve sold a good number of records, but there’s this illusion that we have this magical source of funding, it’s fucking ridiculous. This is our job, our security, our livelihood. Ian: Absolutely. And people think that if you get to a certain point you’re an instant rock star, you’ve made it, you’re done, but that’s not the case at all. Adam: It’s an age-old argument and people are not going to get it. They think it’s there’s and it’s free to take. If you’re working and you’re in a local office or you’re in a store then you need to be paid to pay your rent and so do we, ya know? People want your art to be better and sound better and sound bigger and all that costs money. They’re killing the quality that they expect by doing that [downloading music for free].

Where did the name come from? Ian: There’s not really a story behind it, it’s just sort of a name that came up. It came out of the paper or something about their not being any birds in Tokyo, due to pollution and population and shit… they’d all kind of moved out! Whether that’s true or not, we don’t know. It’s not an exciting story but it’s a story! 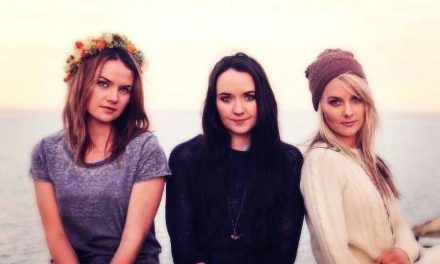 Another Interview with Jason Byrne