Anne has just spent 11 months cycling 23,000km around Australia – just her, a few cans of baked beans and some gaffer tape. She talks to us about road trains, going crazy and her huge thighs. Firstly, er, why? I spent time in southern India with a programme for underprivileged young people (PEAK: People’s Education and Action in Kodaikanal) and I’d been looking for a way to do some fund-raising. Plus I love to travel, enjoy bike riding and wanted to avoid the city rat race for a while.

How did you prepare for the journey? This may be an irresponsible answer, but I didn’t really. I got some advice on equipment – bike, trailer, camping gear. I talked to a few people who had toured by bike, but everyone does this sort of travel in their own style. As far as physical training… I was so busy working out the fund-raising and public speaking side of things that I didn’t get a chance. Endurance and a tough bum arrived soon enough.

How much did you suffer physically? I got heat exhaustion and dehydrated going up the Stuart Highway from Alice Springs to Tennant Creek. After nearly passing out and leaving a few litres of vomit on the Renner Springs Roadhouse forecourt, I realised I needed to take better care of my body. I got a hideous cold in Tassie. You realise you’ve reached an all time low when it’s raining, it’s 3am, you’re 60km from anywhere, you’re swigging cough syrup from the bottle and your Fruit Tingles have just run out.

It’s a dangerous world out there. Did you have any scary moments? Nearly everyone I encountered seemed to be looking out for me. In the Outback though, my mind occasionally played tricks on me. One time I was in my tent, in scrub off the side of the road. I had just been reading a newspaper story on the Peter Falconio trial and a review of Wolf Creek. I heard a car pull over. I waited and heard footsteps coming closer and closer to my tent… until I realised it was just the rustle of my heart beating out of control under my sleeping bag. The roadtrains could be pretty scary, too.

Some people might question your sanity. What sort of reactions did you get? Never ending kindness and helpfulness. I discovered it is an Australian characteristic to want to help people. At caravan parks I would be offered water, fruit, cake, ice cream, beer, spirits, steak and lifts to the next town. Being a vegetarian non-drinker who insists on riding everywhere, we would keep negotiating, till we found something they could help me with. I had people drive next to me on the highway to say g’day and check I was all right. People were often surprised that I was travelling solo and unsupported – even more so because I’m female. Riding by myself meant there was one less person to argue with and I was proud to change attitudes about what girls can do.

What are your happiest and unhappiest memories? The happiest times were probably the simplest moments. Rolling along a quiet road as the sun was setting. Watching the bugs busily running through a bush as I squatted behind it during a mid-ride toilet break. Riding away from a town with full water bottles. A wave from a passing motorist. Unhappiest moment would have to be on the Barkley Highway, about 60km out from Tennant Creek. It sounds terribly clichÃ©d, but I think I actually did go a bit crazy in the desert for a while. I’d been riding through the same dusty landscape for what seemed like eternity – it felt like I was going nowhere. I spent a few hours holding myself back from smashing up my bike or running off into the bush.

What do you feel you accomplished from your jaunt? I raised $51,000. I spoke at over 200 schools and community groups; about human rights, global responsibility, education and cycling as an ecologically sustainable means of transport. I experienced a drop in standards (hygiene, accommodation, privacy, reading material, fashion, food) that was liberating. This ride proved to me that I can have a huge dream, and make it reality. Also, I was able to drink a litre of warm UHT milk in under three minutes and I came home with thighs so huge I couldn’t wear trousers for nearly a month. 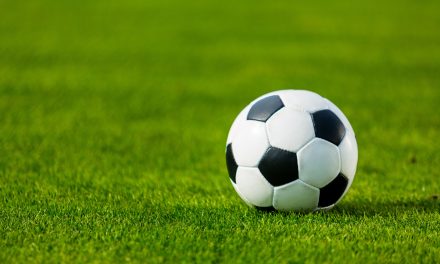