Electro powerhouse Groove Armada are gracing Australia with their presence yet again, this time for the festival Parklife. We chat to one half of the famous duo Andy Cato (pictured left), about what life’s like after more than 10 years of fame and how he perceives the Aussie music scene. And after several European festivals in a row, he’s sounding rather energetic…

How you going Andy?
Yeah fine, slightly ragged after another European festival weekend.

We’re looking forward to having you back in Oz. Have you seen much of it?
Oh yeah, we’ve been coming there every year, sometimes more than once a year, for almost a decade. Australia is full of fine memories for Groove Armada both on stage and off stage so it’s always a pleasure to see it back on the calendar again.

Have you had a chance to have a bit of a holiday or has it been all work and no play?
It’s been working but I think we’ve checked out most of Australia’s bars but in terms of the countryside, we’ve got a lot of work to do there! Otherwise, we’ve got it pretty covered.

You guys obviously do quite a bit of travel, Do you find it a chore?

I don’t enjoy airplanes or airports at all. I mean, who does really? But you know, when we go somewhere we’re not the sort of people who sit around in hotel rooms, we get out there and keep it local and try and hook up with local people and see and experience everything we can within the limits of having to leave a place the day after you arrive. We definitely give it our best shot.

How do you rate the music in Oz? Do you think we’re that far behind?
I don’t think it’s at all behind. I think it’s probably the best festival scene in the world. How you sustain that number of festivals with that number of people is proof in itself that Australian people just love music. There’s no other country in the world that can compete with the festivals-per-head ratio. Australia is just mental in the public’s response to music. The response to Groove Armada music has always been amazing. It’s always been our second, if not our first love over the years. We often sit around talking about best gigs of all time and several of those have happened in Australia. It’s been a special place for us.

You guys have been in the music industry for over a decade now, how do you manage to remain sane?
Uhh, I don’t know how sane we’ve stayed. Obviously, relatively sane because we’re still here! I think it’s just always been a family affair vibe. Not just musicians who tour but the whole crew and everything, we share everything out between everyone and it creates an atmosphere… people come from working with other bands and tell us ours is completely unique and the result is that everyone goes the extra yard all the time to make sure everything is as good as it possibly can be. It means that when we’re travelling and doing all of this endless moving around you’re doing it with your best 15 mates in the world. When you see these people and you got the main man on his own bus or his own plane and everyone else trudging behind, I mean what a lonely and baron existence that is. That’s when you’re going to go totally mental. 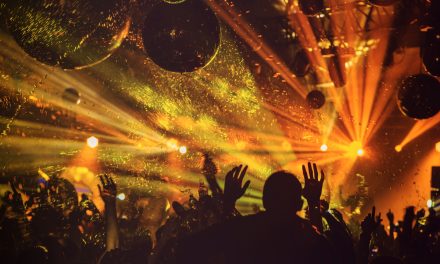