Mark ‘Chopper’ Read is a man who doesn’t need much of an introduction. But we’re scared of him, so an introduction he’ll get. Perhaps Australia’s most infamous crim, Chopper made his name by robbing and torturing drug dealers, before spending over 20 years in prison. Since then, he’s written 14 books and been played by Eric Bana in a film about his life. We met him in Sydney…

What’s new in this book?
This one is a more in depth, personal look at my life. You’re looking more at Mark Reid thanChopper Reid. It’s about my start in mental hospitals and serves of shock treatments. I got a serving of shock treatment every three days which is highly illegal. Most people wake up from shock treatment 24 hours later extremely groggy, I use to jump out of shock treatment about half and hour to forty-five minutes after they give it to me, bouncing around the place playing hand ball and talking a million miles an hour and wanting to run around the yard. They couldn’t understand it, so three days later they would give me another serve. The same thing would happen. I was immune to all the mental hospital drugs, everything they put me on. They had no hold over me.

What is it about you that made you resistant to all the drugs?
I don’t know. 15 months ago I had a nervous breakdown, I had $68,000 sitting in my mutual investment account, I had $98,000 in the bank and I had $140,000 under the bed, and I fucking blew it all at the casino. I put $1000 on 17 black and I won $33 grand in one sitting. I chased it back across the table; in 20 minutes I lost it all. I use to win and lose like that. I ended up doing the fucking whole lot. I got really depressed that I had lost that much money. That’s the price of a small holiday home. My wife’s never forgiven me for it. She nags me and bashes me over the head to this day. And I say sorry I cant help what’s done. She says I’ve got no appreciation for money, I cant be trusted with it blah blah blah… it was terrible, I nearly committed suicide. I put a gun in my mouth. Then I got introduced to a psychiatrist who diagnosed me with A.D.D type 4, which is the worst kind of attention deficit disorder.

Previously you’ve said you “never let the truth get in the way of a good yarn”.
This is all true. This one’s all true.

You say again and again all the stuff you do is always against criminals.
I’ve never turned my hand towards an honest person. Everyone I’ve ever turned my hand against has been a crook who was either going to try and kill me or a gun-carrying, knife-carrying crook who wanted to do me harm and I got him first. Or they were sex offenders. There was one there in Pentridge, we hung a man, he just got out of jail after killing a 7 year old boy after rape mutilation and murdering him. Three weeks after he gets out of Pentridge he comes back with a rape, mutilation and murder of a three-year-old girl. Me and mad Charlie got in there and bashed him. I got on his bunk and jumped from his bunk onto his head a few times, fractured his skull like an eggshell.

How did you get away with it all?
If you bash another crook in Pentridge, and that other crook didn’t make a statement against you, they wouldn’t take it to a court. So, all through the 70s, 80s and 90s I bashed people in Pentridge. I ended up with a phenomenal record, something like over 300 people I bashed. It will never ever be repeated because Pentridge no longer exists and they have changed all the rules now.

Not one person reported you?
No-one ever gave me up. The last bloke I bashed in there was King Richard, hit him over the head with a garden spade, lifted the top part of his skull up, you could see the brain. They were about to charge me for attempted murder and Richard went, “no, Chopper wasn’t the one that did it, I fell over and hit my head on a rock”.

But sometimes you attacked everyone in the prison, like when you put razors in the soap?
Ahh, haha. That was in H Division, I had to psychologically freak out everyone in the division, right. They were all my enemies. So I got 44 blocks of soap and stuck them all in a big plastic garbage bin, filled it up with hot water, let it go for about 25 minutes, let the water out and all the soap was soft. I got a brand new razor bland and slit it up the guts of each block of soap and laid it out in the sun. Everyone started using the soap, and after a few days it cut them between the legs, throat and under the arms.

In the book, you write that your ears did “an Irish jig” after they were cut off…
Yeah they were, for about 10 or 20 seconds. Funniest thing you’ve ever seen in the world. I couldn’t keep my eyes off them.

And you say Tarantino got it wrong in Reservoir Dogs?
Tarantino knows fuck all about cutting off ears. The one they cut off [in Reservoir Dogs], that copper, while he was dancing around, there wasn’t much blood. Well, in real life an ear just doesn’t stop bleeding. I lost so much blood out of that ear they had to pump plasma back into me. It was ridiculous. Quentin Tarantino never picked up on it, but he did send me a telegram saying it was an excellent movie. So did Guy Ritchie.

Were you happy with Eric Bana’s portrayal of you?
I picked him for the movie. They wanted Russell Crowe. I said I don’t want a New Zealander playing my role, I want someone who comes from Melbourne, someone who understands the Melbourne culture. Russell Crowe spends all his time in Sydney. Eric Bana, he was a battler, I picked him for the role. He said thank you at the AFI awards, but since being seen by Ridley Scott in Chopper, he’s had every role and made millions of dollars. He’s never once written me a letter saying, “thanks I owe it all to you”. He did a good job but I didn’t get paid. I’m the one that did the 23 years and nine months. Why should I not get paid?

Do you still have to look over your shoulder?
No, Carl Williams inadvertently shot all my enemies.

What are you scared of?
I have very very low blood pressure. Which means I don’t suffer from nerves and I don’t get frightened. I don’t know why, I’ve never been frightened of anything in my life.

You’ve said a few times you don’t really have any regrets?
I’ve got a few regrets now. I regret doing 23 years nine months in prison.

Do you think this will be your last book?
It’s the last one I’m going to write about myself. The next one is a story of a street fighter. A real life story about a bloke I know, who was my bodyguard for five years up in Queensland.

Chopper’s new book, One Thing Led to Another, is out now through Pan Macmillan. 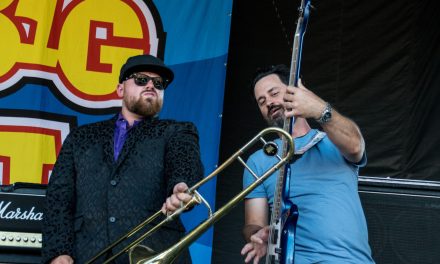