Your new record Desire is a more soulful record. Was that a conscious effort? I felt soul in every sense of the word was the best way to bring about the music, the movement and the method that I had for this album. It was all about perseverance – through the tumultuous situations that I was going through like label politics, personal issues and the ups and downs that life presents to you. I wanted the record to be uplifting so I figured soul was the best way to bring that across.

So what made you cover Public Enemy’s “Welcome to the Terrordome”? I had the beat presented to me and it was the last track I recorded. I was freestyling lyrics over it, some of mine, some old school Rakim, G Rap, Chuck D and some Mos Def. I did the Chuck D vocals and it really fitted. I thought it would be awesome to rehash this record, which has significance even today and put my own twist at the end. Hip-hop is notorious for having such a short shelf life that the people who will listen to Desire may not even be privy to the original song. So I thought it was the perfect time – and really politically relevant – to say those things again.

Speaking of politics, do you think the US is ready for its first black, or female, President? Well, it’s looking good. More people than I can ever recall are interested in the debates than ever before. It’s good that people are paying attention. A lot of people are tired and frustrated and looking for a change. Just like in football, if the team isn’t doing well and the screaming, disciplinary coach doesn’t work, you’ll bring in a coach who works better with the players, one who’s more philosophical. We’re seeing the straight neck regime go out and we’re about to get a more philosophical approach to leading our country.

So who will get Pharoahe Monch’s vote? I’m still undecided. I’m so interested in politics. It’s amusing and disgusting at the same time and I’m disgusted with the rigmarole and the red tape, the sidestepping and the broken promises. The reality is we all know what it takes to have real change come about in the world and I don’t think those things are really focused upon. At the moment I think Barack Obama is leading. It’s a sad situation for anyone who wins the candidacy to have to come in and clean up the mess and then work forward but the one thing I like about Obama is he is challenging the people to be at the helm of their own change. We have to do a lot to change – from how we power the world and waste energy, to education and parenting.

Back to hip-hop, you’ve said hip-hop is so boxed in right now. What is keeping the walls up? I think everyone is guilty: from the consumers to the artists, to the labels and the radio stations. They’re all feeling the pinch of commercialism and the dollar. Stations want to squeeze as many ads as possible on the radio so there are less songs being played, hence less variety. The artist then feels the pressure to follow any trend that is necessary to be played. The consumer is not responding by rebelling about what they don’t like, they’re just buying into what’s trendy and we all help to shape and make hip-hop stagnant and redundant. You know I think hip-hop has been at its slowest growth in terms of its art form and its topics. It’s been dancers, arses, money and jewellery for the last five years.

Who is kicking down the walls? Um, my point is all those things are relevant in music, especially in hip-hop. There are many ways to approach making those songs with the same content. When you have producers that push the envelope you can still push the artform. I think Aaliyah Timbaland has always had fun, catchy tunes and good choruses. But you know there’s artists like Pharoahe Monch and Pharoahe Monch, and then there’s Pharoahe Monch… those three guys are really doin’ it right now. Desire is out now on Universal. 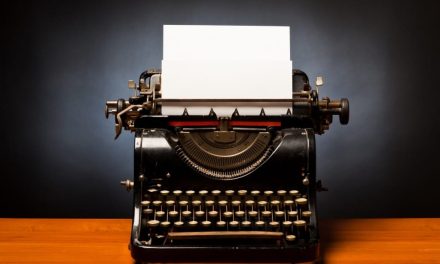