Like any Englishman, JACK PENATE is eager to taste Australia’s sun and get a “tan on”. The 23-year-old indie-pop upstart talks about his beginnings, BBC1’s Jo Whiley and rushing the stage. It wasn’t until Jack Penate sat down to talk about his impending Aussie tour that he realised he’d find a change of weather. “My default thoughts on weather between October and April is that it’s rainy and horrible. You forget there’s places that aren’t like that. Somebody told me it’s going to be 30 degrees. It’s going to be wonderful. I’m going to get my tan on,” says the South-West London artist whose music is a blend of indie-pop and rockabilly. At home it’s “raining, cold and grey, very depressing… a usual London day,” he says.

Does your upbeat music provide an escape from London’s dreariness? I think so, but British people on the whole are quite cheery by nature. Even though the weather isn’t. People really connect with it, we’re a little country of dreamers.

So often new UK acts seem to blow up out of the pages of the NME and they haven’t had time to develop. But tell us about your start… I was playing as a 19- or 20-year-old and now I’m 23 so it wasn’t a complete jump. It’s been quite gradual. I did countless tours of the UK and built up a reputation and fanbase. I didn’t get press coverage until I released my first single and I was still unheard of, but because I had a grass roots fanbase it got into the top 10 and that took the media by surprise. I hate when bands don’t feel they need to give audiences the time. They wait to tour until they’ve got a packed gig. I’ve played to 10 people but that’s what’s built the word of mouth.

It’s tradition for the crowd to rush the stage on “Torn on the Platform” right? It happened oddly and for no reason about a year-and-a-half ago. Then at every gig we did, and these are 100 people-shows, all the kids would get on stage. We didn’t ask anyone, they just started doing it naturally. Sadly because the last tour was bigger, and due to security it didn’t really happen. On the next tour I’m going to try and still get the kids on stage. I love that, man. There is nothing better than letting the kids destroy your gear, ‘cos it’s theirs too. I’m a hippy like that. Without them I wouldn’t be anything. I owe them everything.

You contributed to The Clash cover of “Janie Jones”, along with Pete Doherty, Carl Barat, Jamie T, and The Kooks, right? I was in that thing and it was very sweet. I sang in the chorus. It was a charity for Strummerville that gets instruments for under-privileged children.

Was it like Band-Aid – all these indie guys, headphones half on, singing along? No, sadly it wasn’t. It was basically a guy going around with a computer and a microphone recording musicians. I did the vocals with my friends the Maccabees in a loo. It would have been great if we were all together – in some rehab somewhere.

Jo Whiley recently did her Radio 1 show from your house, right? That was very odd, yeah. It was very surreal to have the one place that you feel safe, taken over. It was fun to do but I don’t think I’d do it again. We played songs from my front room.

Did she find your dirty undies? I think she did. She was in my bed. My room was disgusting so I think there were some weird things here and there.

You’re already working on a new album. What can we expect? Hopefully something you can dance too. I really like the idea of making a dance record. Obviously I won’t stray too far but I think it’s important to be daring as I don’t know how much time musicians are allowed. If your second album is a recreation of the first you could easily be lost. So I think I need to be daring. I prefer for an album to fail and be daring than be safe. I’ve got one song, so that’s a start, but after Australia I’d like to see it out as soon as possible.

Until then, a reminder to readers to rush the stage for “Torn on the Platform”. Oh please do it, man, absolutely. Matinee is out now on Remote Control. 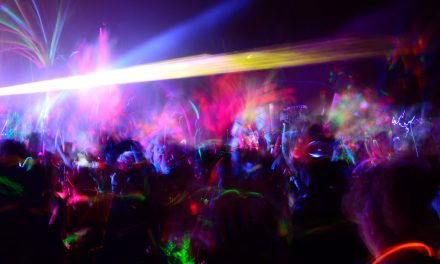