TNT Magazine- What motivated you to travel the world and work on international development?

Brad: From a young age, I dreamed of traveling the world and I would always study maps and globes before I went to bed. My first trip that I took out of North America was to Guatemala on a mission’s trip with my high school and from there the fire burned even more to travel. At 19, I went on my first multi-country backpacking trip across Asia and Australia with my close friend Jesse and my desire to travel just took off from there and I basically dedicated all my savings and free time for traveling.

TNT Magazine- I see from your Twitter and your articles that you promote traveling and doing humanitarian work can you elaborate on that?

Brad: Once I began to travel more of the world, I could see with my own eyes that in fact most of the people in the world are poor. Now it is easy to travel the world coming from a wealthy country like Canada but just traveling meant nothing if I cannot give back to the people in need. The more time that I spent with poor people; the more I could understand the complexity of their struggles and how they were discriminated against. I just feel with the amount of wealthy travelers enjoying luxury vacations in poor countries that more of us can give back to the poor there such as volunteering or donating to worthy causes. 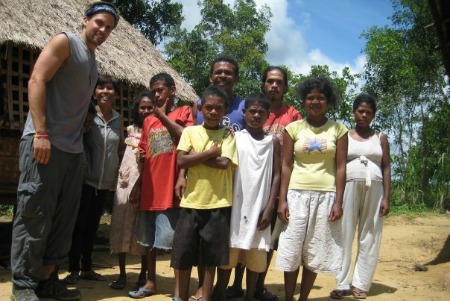 TNT Magazine- From your Humanitarian work what specific cause do you hold close to your heart?

Brad: Without any hesitation, I would say improving education in developing countries so that the poor have proper access to a better quality of learning. Ultimately, a good quality education for children and adults is the best tool to conquer poverty, as it will increase their earning, and give them a healthier and happier lifestyle.

One such example of the poor’s desire to learn comes from a shantytown in Peru, where I was the Co-Director of an education focused NGO in Arequipa called HOOP. The education programs we ran focused mostly on children but every day we would have their Mothers, who were actually less education then their children, waiting outside the classes constantly requesting if they could have classes as well, which we eventually successfully implemented. 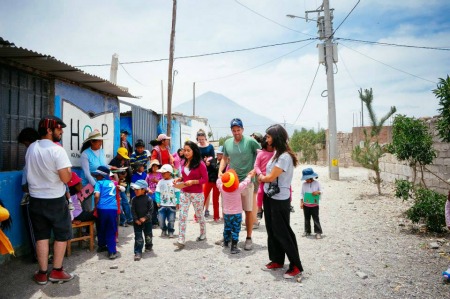 TNT Magazine- What have you learnt from all your travel experiences?

Brad: First of all, I have learnt so much about the world from its history to the different cultures and practices. I have learnt that no matter where you go all people can be different but we share so many similarities in the way we think, make jokes and live life.

One other thing that I have learnt is something that I think anyone who has backpacked a lot would agree with me and that is how to be patient. While traveling the world you have to be prepared to wait for hours in airports, bus terminals and train stations and deal with countless delays and so many inefficient procedures in developing countries. In many countries, you are always been harassed on the streets by touts or being stared at countlessly or even mocked and you just need to remain patient listening to your IPod. 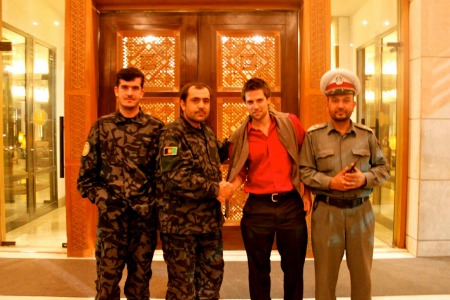 TNT Magazine- What is your favorite country you have visited and you can only name one?

Brad: That is a tough question for anyone who has traveled to multiple countries as every place is so unique but one place that stands out to me is the Philippines. The reason is because to me Filipinos are the friendliest people in the world. Plus, it is a real unique country as it is one of two Catholic countries in Asia (East Timor the other) and was heavily influence by Spain, which makes it feel like a cross between Asia and Latin America. Plus, it has some of the most beautiful places in the world such as Boracay and Palawan Island, which has recently been voted the most beautiful island in the world. 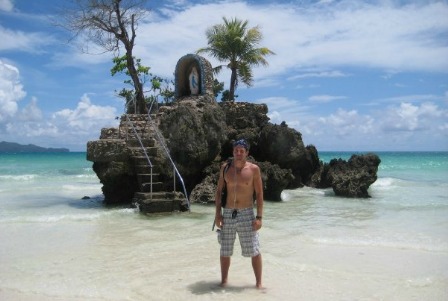 TNT Magazine- From living the traveling life style are there sacrifices or regrets you have?

Brad: I am quite happy to be living the lifestyle that I always dreamed of but it certainly has its setbacks like not seeing my family too often. The last few years my body has started to breakdown despite me only being 31 as I have slept in countless buses, trains and planes. And of course I have bad stomach problems that will likely be with me the rest of my life.

TNT Magazine- Do you have any funny stories from Travel that you want to share?

Brad: While working in Ukraine on a community development project in a small village, part of my job was to visit all the schools. One time after having a real upset stomach and throwing up all night, I still decided to visit a school in a rural area on an empty stomach. I arrive early at the school to meet with the principal in her office and during our conversation she offered me a piece of cake, which I politely declined alluding to my stomach problems. She then told me that I needed vodka in order to feel better. I thought it was a joke, but after a few minutes of politely declining several times, it became clear I would offend her by refusing.

So with a fake smile, I drank few shots of vodka. A few minutes later she gave me a tour of the school, however, little did I know that I was about to be paraded outside in front of around 100 children with dramatic music playing as I was handed a microphone to give a speech. In Ukraine, this was a typical situation, where I was asked to do something without a warning, which also included giving a speech at a nursing graduation ceremony without a warning.

TNT Magazine- What is your next trip or adventured?

Brad: My next trip that I am planning will be backpacking from South Africa to Ethiopia and visiting a bunch of smaller NGOs that are working on worthy causes. I have actually started something called the Humanitarian Travelers Initiative (@HumanTravels) with my friend Jesse, where we want to raise awareness of smaller NGOs by visiting and writing about them.