In a personal letter, published in News Ltd newspaper the Herald Sun, Meldrum has spoken about his recovery from the life-threatening accident and of his gratitude for all the support he’s received from his friends and the public.

“As you know, I’ve been out on the tiles a number of times. But never like this. My life changed forever when I fell off the roof on December 15 last year.

“I can’t say my life flashed before my eyes, but I have had plenty of time to reflect in the past few weeks, and I realise just how lucky I am,” he wrote in the letter. 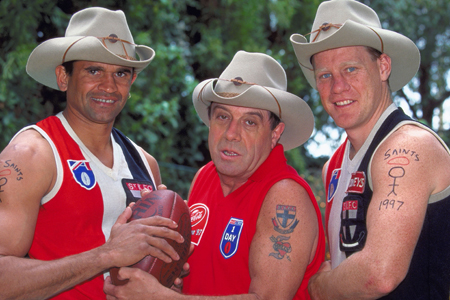 Meldrum thanks his friend and maintenance man Joe, who he says saved his life on “that fateful day”.

“Joe rushed to my aid while my PA, Yael Cohn, called the ambulance.”

Meldrum revealed he received a get-well call from Prime Minister Julia Gillard and even a call from superstar Sir Elton John.

“Lizzie (Meldrum’s friend Lizzie Joyce) was a little fazed when she told me: “There’s someone on the phone claiming to be Elton John.”

“‘What happened, dear?’ Elton asked. `We were together at my concert in Melbourne and then I hear you’re in a critical condition. Are you okay?'” Meldrum recalls. 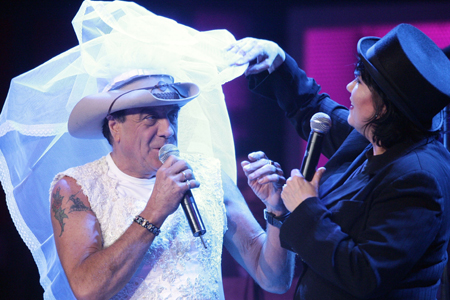 Meldrum has also thanked all of his fans who sent him messages of support.

“I wish I could reply to all the cards and messages, but it’s impossible – it would take all year and I’d never get my book finished!” Meldrum wrote.

On his recent induction into the Logies Hall of Fame, Meldrum says it’s “lovely … it’s even better to be alive.”

The letter was penned ahead of Meldrum’s first TV interview, which airs on the Seven Network on Wednesday night.

The interview with personal friend and journalist Jennifer Keyte was recorded four months after Meldrum’s accident and will air in full on Today Tonight.

Meldrum fell while putting up Christmas decorations at his Richmond home, suffering a fractured skull, ribs, shoulder blade, vertebrae, collarbone and was placed in an induced coma.

Interview with a bartender