What’s your job title and what does it involved on a day-to-day basis?

CEO of Kred – I look after one of the world’s leading online influencer platforms, Kred. I have responsibility globally for everything from Sales, PR, Business Development and am the public face of Kred.

To take Kred to become the UK’s most trusted and used online influencer platfom, then become the same in the rest of the world.  We’re currently at number 2 and lapping at the heels of our major competitor after just 6 months when they have had a 4 year head start.  Getting to number 1 is achievable and we have a great team and community behind us.

What’s been your greatest achievement?

Having Kred recognised so quickly after launch as a key and credible player in this new and emerging space of social media influence.

What’s been the most successful social media campaign you’ve been behind?

Working with John Lewis several years ago when they just started out in social I helped take them from a standing start to a well respected brand using social media in a smart way.

How did you get involved in social media?

I am an Engineer by trade, and I was sending email way back in 1981.  In the mid 90’s I crossed over to Marketing and started my own website in 1994 while studying for a Master’s degree in Adelaide.  I have been blogging for nearly 10 years so I have been very active online before it was even called “social media”.  In short, I started in social media by just doing it. I am a very early adopter, and pride myself on being at the cutting edge of new technologies and platforms – trying things long before they become mainstream.

I truly love social media, and to lead a company like Kred in this emerging space of online influence is a dream come true – I’m loving it.

What traits do you think are important for someone looking to get into social media?

When I look to employ people in social media, I only use social media to find them.  If they are not using it and can’t be easily found, then I’m not interested.

What I look for when employing people at Kred are traits such as actively and effectively using social media and not just talking about it.
– A broad and growing social footprint that proves they get social; an attention to detail – social media runs at such a frantic pace, but you also need to know how be precise in your responses and messaging; an inquisitive mind
– The ability to go beyond the tweet and see what makes a person tick, are they influential, where and why and who they influence
– Great dealing with people online or offline – after all SOCIAL media is all about people and their loves, likes and opinion.
– Need to know about the differences of all the major platforms such as Twitter, Facebook, LinkedIn, Google+ and Kred
– Simply put – to get into a role in social media you need to be doing it and be confortable with the platforms, jargon and tools involved.
– I speak to so many large PR and Advertising agencies who have never met a blogger let alone have someone on staff who is truly fluent with social, although that is changing as these large companies get smart and hire socially savvy people.

What qualifications are needed?

When it comes to working with brands, and integrating social media into existing marketing campaigns, those working in this space should clearly understand marketing principles, so marketing or communications based qualifications will help.

Social media is just one of a number of channels, so you really do need to know how they all fit together to be really effective with social media. For brands, social cannot exist on its own.  Integration is key, and an understanding of how to integrate multiple channels will ensure a candidate’s success in social.

What social media sites do you use?

I’ve been on LinkedIn since 2004, Twitter since 2007, and use Facebook and Google+ regularly, although differently from the other platforms.  Flickr is a favourite for sharing photos with the family back in Australia, and of course Kred to see who is influential online. I also run a blog at LondonCalling.co which helps me understand how bloggers think and act by actually being one.

Which companies are good on social media?

There are many companies that have risen to the challenge and have harnessed the opportunities that social media provides. Customer service teams from BT and Vodafone have a good grasp of social media and have integrated their old world with the new.  I’ve also been impressed with what American Express (a former client) is doing with Foursquare and also their Twitter servicing channels.

What’s the future of social media?

I’d say that social media is here to stay. Twelve or so years ago, the internet allowed us to move our interaction online and opened up so many opportunities. Only in the last few years has social media really taken off, and now it allows me as a consumer to talk back to brands directly from the point of purchase on my mobile in a way that was never possible.  Just as 12 years ago, people were saying “do we need to be online?” some companies still ask “do we need a social media strategy?”  Thankfully those who have not yet understood the power of social are in the minority.

What is the salary range for social media?

Hard question as the range of entry points range from interns to CEOs.  Thankfully companies recognise that to attract the best talent, really competitive salaries are required.

Nursing – Finger on the pulse 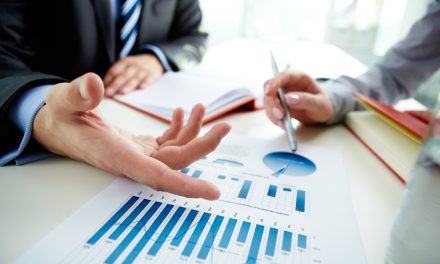 Finance – Rise to the challenge

Talking Jobs: Interview with a Student