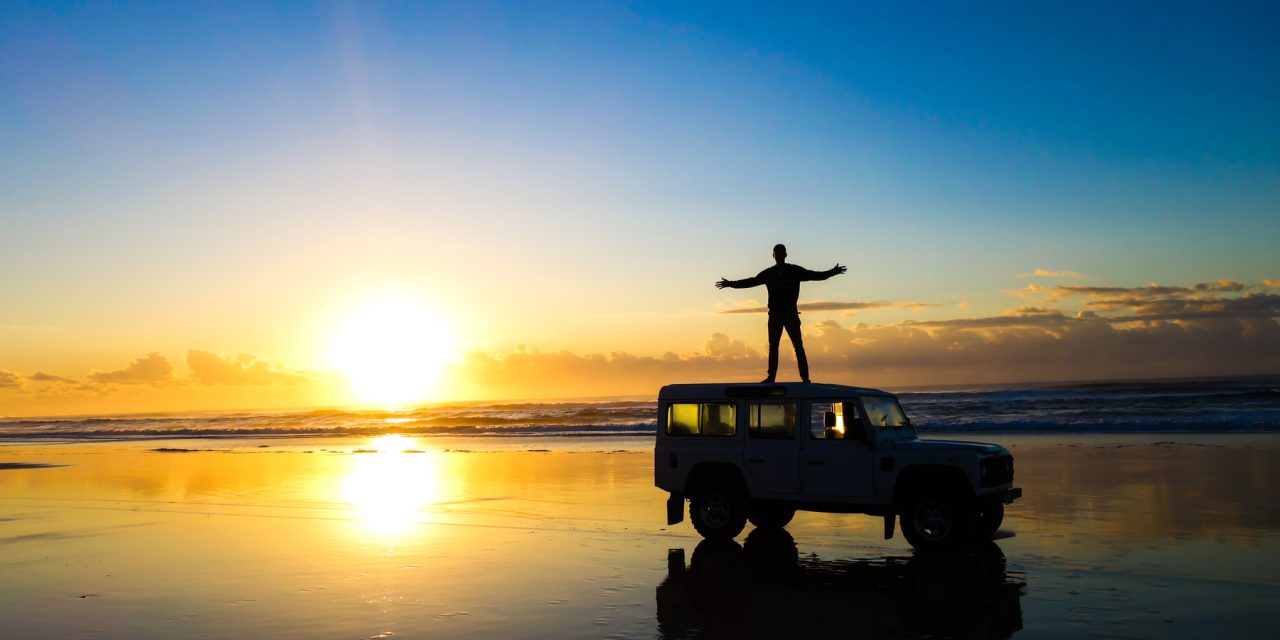 It was as if I’d suggested climbing Mount Everest wearing only thongs and a snorkel mask. ‘You can’t walk around Fraser Island – it’s much too big,’ said one incredulous traveller. ‘There are dingos and there’s no drinking water – I’m worried I’ll never see you again,’ said a panicky friend and previous island visitor, via email.

‘Who cut your hair? I’ll get them for yer,’ said someone else.

Common knowledge said it couldn’t be done. The only way to seeFraser is by 4WD.

It’s near enough a secret, but there’s a track around the centre ofFraser Island forming the 76km Lakes Circuit, including hiker-designated campsites, usually beside a lake and most with drinking water. We’d have to sacrifice some of the popular photo-stops, like Indian Head. But it seemed worth it in exchange for a glimpse of the island’s little-known pools and pathways, to spend six days there (most tours spend a maximum of three), and for cheaper.

Other than dodging dingos (you’re advised if you leave them alone they’ll do likewise) and lugging backpacks up a few sand dunes, it’d be a sinch, surely? Driving seems more dangerous anyway. Testosterone-fuelled accidents, caused by drivers unfamiliar with sand, have been known to happen on Fraser’s beaches.

At 123km long, Fraser Island is the world’s largest sand island and much of it represents triumphs of nature: subtropical rainforests stubbornly thriving in seemingly infertile sand. The incomparable isle is home to more than 40 freshwater dune lakes – more than half the world’s known total. A World Heritage listing recognises the island’s outstanding geological process, such as the uniquely evolving 700,000-year-old sandblow dunes. It is a unique, fragile and truly miraculous place.

It’s little wonder the Butchulla Aborigine name for Fraser, K’Gari (pronounced ‘Gurri’), means ‘a beautiful woman’. Legend has it the spirit princess who created the island was so over-awed by its beauty she stayed behind, the lakes becoming her eyes, with animals designated to keep her company.

With enough provisions (or so we thought) for six days, my girlfriend and I left the ferry at Kingfisher Bay and located a path leading us away from the noisy train of 4WDs.

Trudging through dense, deliciously quiet, wallum and eucalyptus woodland there wasn’t so much as a fellow hiker to disturb the humid calm. Though the sand was firmer than feared, it sapped our energy as we headed uphill towards the island centre. After four hours of walking my back and legs were announcing their displeasure (perhaps that box of wine wasn’t strictly necessary), but the perfect antidote was imminent.

If there is a place called heaven and it has a lake, it must be an exact replica of Lake McKenzie. Guarded by rich woodland, the sun beat down on pristine white sands and a crystal-clear pool of fresh water with a lip of turquoise that said, quite clearly, ‘come to me now’. And who were we to argue? Post-swim, following some noodles, we guzzled down our wine as the sunset flooded our vista.

Four kilometres later we reached Basin Lake, a secluded, perfectly circular pool, smaller and more personal than McKenzie. Again backpacks are discarded like chains as we jump in for a blissful, salving swim. We’re soon joined by a hungry white-bellied sea eagle, circling and diving for fish.

CAUGHT IN THE WEB

Entangled vines, large ferns and other plastic-looking vegetation are the order of the day as we head downhill to Central Station.

The magical Wanggoolba Creek is a short walk away. Here, stream water is so transparent it’s difficult to actually see it snaking along the sandy furrow. The luxurious foliage forms a canopy the sunlight struggles to pierce, instead spreading mystical shades of green light.

At dusk we see our first dingo – wild, red-furred dogs representing the uncomfortable marriage of tourism and wilderness. After a wave of whispering, an anxious hush descends on the campsite. But it strolls nonchalantly, passively, through the tents and back into the trees.

On day three, yellow and black goannas regularly waddle across our path, freezing when they notice us, cutely believing their ploy renders them camouflaged.

At the tea-coloured Lake Boomanjin, water has to be boiled for safe usage and the next morning we run out of gas. So it’s biscuits and nuts until we reach the Eurong (‘no, you’re wrong’) resort 16km away. It’ll make a nice change from all the noodles, I tell myself, as I stride face-first into the day’s first giant cobweb. It’s big, it’s sticky and there’s something large and furry scurrying down my cheek. In panic, I can’t restrain a rather girly shriek, as I claw at my face.

Immediate crisis over, we spy another golf umbrella-sized web, in its centre, an expectant-looking golden orb spider, about the size of my hand.

As we’d foolishly neglected to bring our copy of Australian Animals That Look Very Vicious But Might Not Necessarily Kill You If You Say Nice Things To Them, we thought it best to label the arachnid potentially lethal (turns out they aren’t).

‘You can lead the way – you’re the man,’ chirps my girlfriend, playing her gender trump card. Feigning knightly courage, I step gingerly forward, a stick held diagonally in front of me.

Under-used by hikers the path was over-used by the sinister spiders who litter our route, hanging menacingly from every height and angle.

Dilli Village marks our arrival on the Seventy Five Mile beach. After seven kilometres and three hours of spider terrorism, a refreshing dip in the Pacific Ocean would have been wonderful. Wonderful, that is, if wasn’t for the presence of sharks, stingers and some of Australia’s deadliest rips.

Walking up the endless beach, decorated with stranded jellyfish – amazingly intricate, like upturned flying saucers – our main threat is the constant convoy of 4WDs. Their engines are drowned out by the aggressively choppy sea. Forced to walk near the water where the sand is firmer, a game of chicken ensues. We stare down the jeeps and buses, like tempestuous bulls, and they swerve around us. One driver, rather too smugly, stops to offer a lift. A polite decline signals our intention not to be defeated.

We reach the small resort town of Eurong three hours later. We’re hot, sticky, sun-frazzled and tired and I don’t think I’ve ever been so pleased to find a bar.

After guzzling down a couple of coldies and stocking up with supplies in the shop (no gas) we plod further up the beach in search of a camping spot.

On day five, after watching the sunrise and knocking back a biscuit breakfast, we reach Lake Wabby. It’s a curious, crescent moon-shaped pool, three-quarters dominated by ancient melaleuca trees and the rest by a sandblow slowly seeking to engulf it. Inquisitive catfish patrol, with timid turtles intermittently poking their heads above water. More energy-sapping dunes makes the water irresistible and we join them without a moment’s thought. As lunchtime approaches, so too do the crowds and we head off again.

Pausing to bask in the sublime claustrophobia of subtropical rainforest, we feel like privileged intruders, half-expecting to see a war-painted Indian poke a blowpipe through the foliage.

A few hours later, after some 15km, we collapse utterly spent on the shore of Lake McKenzie. And a day later we’re, reluctantly, back on the ferry to Hervey Bay, sad (spiders aside) to say goodbye to a slice of paradise. We only saw four other hikers in six days. Other than brief brushes with the four-wheeled ones at some beauty spots, the island was ours.

The experience: Kingfisher Bay Resort can be reached via ferry from Hervey Bay and Rainbow Beach. Seek more information from Queensland Parks and Wildlife Service before embarking on the walk. Ph: (07) 3227 8185 or visit qld.gov.au. Camping must be booked in advance, on the website, or Ph: 13 13 04 (8am-6pm, Monday to Friday) or in the nearest QPWS branch. Drinking water is available at all campsites, though some should be boiled for safe usage. 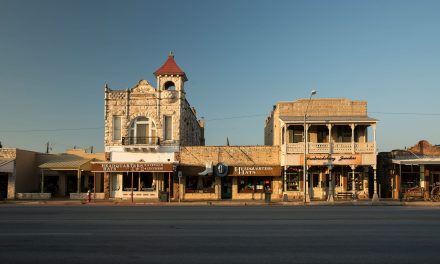 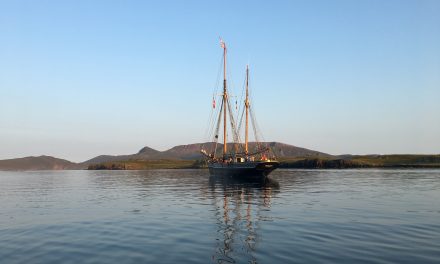