That morning we left early, high spirited in the crisp morning air, and we walked off a belly of porridge. Under the blue sky, ringing with purity, we watched our breath, then lowered our gaze to the trail ahead. Yaks trudged behind us, their shaggy, black bodies carrying the burden of loads to be taken to the lodge above. The bells on their neck tinkled, and their huge horns gave us the incentive to keep a reasonable pace.

Here in the Himalaya, there are no trees, just a desert, dust and ice, crows around you and mountains above.

It took us nearly two hours over broken, rocky ground, and when we arrived at the lodge in Gorak Shep, situated at the feet of timeless mountains, Mark was disappointed that the peak of “Sagamartha” the “Mother Goddess” (or Everest, in our tongue) was covered by thick cloud. We took tea, and chose to head to Base Camp first, in the hope that the cloud would have cleared by the time we got there, and we could then press on for Kalla Pattar. I realised though, at this altitude, it may have been too optimistic to try to reach both in a single day.

We trekked alongside the Khumbu glacier, with ice pinnacles taller than myself, that gleamed in the mid-morning sun. The trail was never level, over broken rocky terrain, and we either headed down for a short distance, or up for a longer distance. Since base camp was not a specific site, we walked seemingly without end, and my breaths were strained even under the light pack that I carried. Arjun walked ahead, picking his path through the ice and rock. His normally bright, cheerful self, was dulled under the exertion.

But after two hours, we reached a crashed helicopter, frozen solid into the ground. Mark had heard that there is a helicopter at base camp, and we took this to be our goal. We sat on the scree and shared Mars bars, water and handshakes. We were all relieved to have a rest.

While Mark and Arjun explored the helicopter and rejoiced at the clearing weather, I took a can of San Miguel from my bag and shared a drink and a tear with dad.

Looking in my Lonely Planet, people don’t generally get to Base Camp and Kalla Pattar in the same day. But we decided to try.

“Do you know a shortcut?” I asked Arjun, as he led us over loose boulders and scree, towards the ridge on the side of 7000m Pumo Ri that is Kalla Pattar.

I took deep breaths and tried to keep up the conversation: “Not many people do this in the same day, according to the guide book.”

“Fuck the book,” blurted Arjun, and we all laughed between short breaths and coughs, still clambering our way uphill.

We were all exhausted, and after a further two hours walking uphill, Kalla Pattar came into view. We looked back at the faint twisted wreck that was the helicopter, and continued on.

I have never walked with such aching legs and short breath, but with determination we arrived at the cairns at the top, falling over through a mixture of elation and exhaustion. We lay on our backs, and the sharp wind that buffeted the prayer flags blew the sweat from our faces, as we admired the view. From here, the mountains became alive, sharp old men with white beards. They had cracked faces and a multitude of moods, and they reached into the skies with a simple message, “I am”.

Surrounded by peaks, with the huge pyramid of Everest before us, black rock exposed, we rested a while.

Eventually, after hundreds of photos of the surrounding glaciers and mountains, the time to head down arrived, and we descended quickly. Our feet carried themselves to warmth and a hot meal, and we were still buzzing with awe and the sense of achievement, as we stumbled cheerily back into the lodge at Gorak Shep. 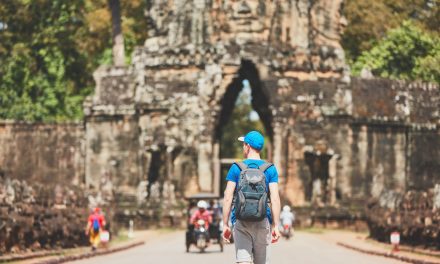 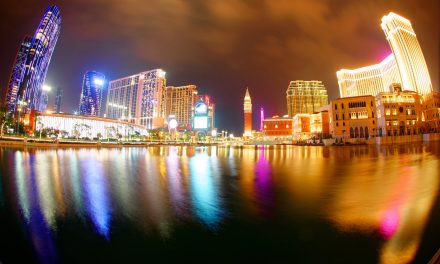