Venice
Venice is one of our favourite island paradises, but it’s no secret that the city is sinking, and it has been for centuries. High tides, rising sea levels due to climate change and boat traffic are three of the main reasons why the buildings are eroding and slowly being claimed by rising water levels. The effect is a few millimetres a year which may not seem like a lot, but look ahead a few decades and it’s more than a bit concerning. With floods becoming more frequent efforts are being made to control the water levels going forward. And no, stilt walking for all is not a realistic option.

The Taj Mahal
Not only are fees to visit this marble-ous palace increasing in an effort to limit tourists, but it’s moving towards not looking so marble-ous at all. Pollution is causing the Taj Mahal to turn from white to yellow, and something tells us as time goes on, the white marvel won’t really have the same postcard worthy affect that draws visitors from all over the globe. Groundwater levels and general tourist traffic have also been creating some structural damage to the palace which has led to whispers of public access being restricted in the near future.

The Maldives
Who hasn’t dreamt of their honeymoon amongst the sapphire-blue seas of the spectacular Maldives? Well you better find your future husband or wife quick smart because the beautiful island nation could be completely engulfed by water within the next 100 years. The chain of islands is considered the lowest-lying country on earth making it vulnerable to rising sea levels. The risk has become some real that the Maldivian government has actually purchased land in other countries for citizens who face displacement!

Amazon
Spanning nine nations and making up more than 50% of the remaining rainforest in the world, the Amazon is seen as one of the top places to travel for wildlife and tree lovers – but for how much longer? Climate change – drought, wild fires and greenhouse gas emissions – as well as deforestation are causing an alarming loss of forest cover that have many wondering how long it will be until it’s destroyed completely. 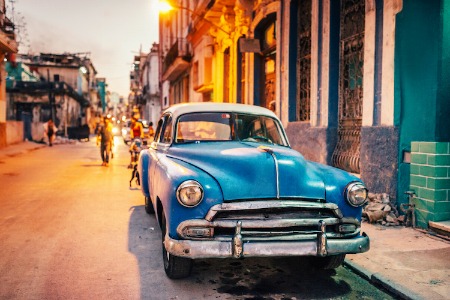 Cuba
Cuba is known as a cultural gem in the Caribbean, but this is all expected to change now the US travel ban has been lifted. Tourism numbers have been manageable without the addition of American visitors for years, so now many are worried about how the impending influx of tourists will affect the cultural integrity of the island.

Antarctica
Whether it’s solely climate change or climate change combined with cyclical change in the area, melting ice on this fascinating continent is a big problem. Not only is this an issue for glacier enthusiasts and wildlife that call the Antarctic home, but the resulting rising water levels put many coastal cities and islands worldwide at risk of flooding.

The Dead Sea
The literal death of the Dead Sea is something that has started to cause major alarm. The evaporation of the water combined with the declining water flow from the Jordan River into the sea (due to irrigation use) means seriously decreasing water levels. This loss of water has caused a sinkhole problem that also makes the surrounding area risky for lakeside strolls.

Great Barrier Reef
Ever wanted to dive with Nemo and Dori in the stunning Great Barrier Reef? Well, you could be running out of time as rising ocean temperatures and an influx of pollution may mean this natural wonder is destroyed within the next 100 years. It’s hard to believe, but every single piece of plastic ever created still exists today. That’s every crisp packet, every bottle of water and every shopping bag you’ve ever used in your entire life! 90% of all floating material in the ocean is plastic and every year, millions of sea birds and hundreds of thousands of marine mammals mistake the plastic for food and die as a result.

Words: Contiki
Want to learn a little bit more about the plastic pollution issue? Measure your own plastic impact at www.contiki.com/storytellers, and watch the Contiki Storytellers documentary right here.

Day At The Beach – Middle East