A classic act: Your guide to London’s best classical concerts this summer

Universe of Sound: The Planets

Esa-Pekka Salonen conducts the Philharmonia Orchestra’s performance of Gustav Holst’s The Planets, as iconic a slice of classical music as there is. The difference here is that it’s not conducted live before you, but has been pre-performed, and subject to all manner of wacky, immersive tech-tastic innovation that literally takes you inside the music (a trombone-mounted camera for one). With visual displays, touch screens, projections and more, you can observe or participate (as conductor or musician) in this virtual orchestra installation (below).

The Dance We Made

Dance artist Tim Casson will be at various locations across London to lead a open-to-the-public workshop in which you create a new piece of dance, which will be performed, filmed and broadcast online. No experience is needed and you can come along and watch, or roll up your sleeves and get stuck in and be a part of this participatory project.

Mark Rylance cements his deity status in this adaptation of Shakespeare’s comedy. The latest addition to the cast here, though, is none other than the QI presenter, brain of Britain and all-round, effortlessly charming Englishman Stephen Fry.

Australian jazz virtuoso James Morrison leads this concert, with London Brass, to show why the shiny instruments are the most versatile, with classical themes, jazz classics and Tudor sounds.

Romeo and Juliet in Baghdad

There have been many memorable takes on this everlasting love story: countless amateur dramatic versions for one; and Leonardo DiCaprio and Claire Danes capturing the hearts of a generation in Baz Luhrmann’s multi-coloured, high-tempo big screen version. This special commission for the World Shakespeare Festival promises something truly unique, though. Rather than being divided by family – the Montagues and the Capulets – here the star- crossed lovers (right) are kept apart by Sunni and Shia faiths. With zeitgeist topicality, and presented with poetry and music, this is one not to miss. 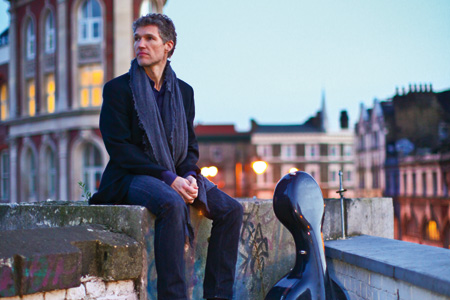 The ENO’s modern production of Benjamin Britten’s 1951 opera – a metaphysical battle betwen good and evil aboard a British battleship – sees the re-teamng of the award-winning director-conductor patnership of David Alden and Edward Gardner, who won plaudits aplenty for their 2009 Peter Grimes. The original was commissioned for the 1951 Festival of Britain, so it is only fitting to see it back on the stage in this year of national celebration.

The Trojan War and Peace

With the backdrop of City Hall, the Steam Industry Theatre brings a unique, dazzling, spectacular adaptation of Greek bod Aeschylus’s Oresteia trilogy, a piece of work more than 1000 years old. The first part, The Trojan Horse, is kid-friendly, but the following Agamemnon and Orestes are decidedly more adult in theme and performance. Best of all, it’s outdoors – and free!

”Dancing is all about your emotion, it’s not how you move, it’s how you feel,” explains Suzoko, a contemporary and classically trained dancer involved in Big Dance, the week-long nationwide spectactular. With hundreds of events across the country, you’re spoilt for choice. One of our picks has to be this ‘sexy, chic and thrillingly original’ dance drama, in which a wealthy 1960s Chelsea couple’s lives are thrown into disarray by the arrival of their new manservant, Prentice, in a tale of power, sexual domination and desire.

The Dark Side of Love

From Brazilian director Renato Rocha, this atmospheric show looks at Shakespeare’s tragedies, beause the Bard never had a particularly hopeful take on love. It combines scenes from Othello, Romeo And Juliet and Hamlet, and is performed by a cast of London teenagers.

London’s creative hotbed just got a whole lot more creative – and cooler – with this cultured festival of dance, music and performance. Highlights include: Spire, a performance looking at the organ’s development through the digital to analogue ages; cellist, Matthew Barley (above); and Heath Quartet, featuring ‘the most exciting young players on the international chamber music scene.’ 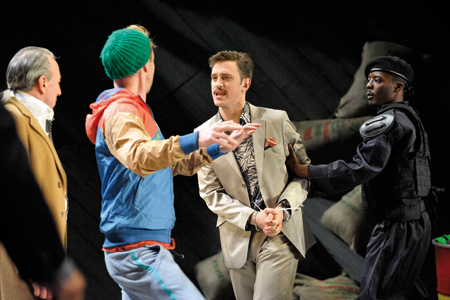 OHP and English National Ballet collaborate on this special project, which provides young and emerging dancers and choreographers a platform to present original work. This is your opportunity to see something exciting and unique – and support up-and-coming talent, too.

Mark Rylance (left) continues his rise to theatreland godlike status, with the lead in one of the Bard’s most respected works.

With Shakespeare kicking off all manner of festivals this year, there are a number of takes of his work doing the rounds – the traditionally inclined, and then those destined to offer something new, a contemporary take on a beloved tale. This, part of the Open Air Theatre’s 2012 rep season, marking a brave move by artistic director Timothy Sheader, is one of the most intriguing. While the play itself is one of the playwright’s most enduring that has enjoyed countless adaptations, here it gets a new, Gypsy-themed spin that eschews any traditional take on the more-than-400 year-old tale.

The Comedy of Errors

Shakespeare’s tale of mistaken identity (above) as two twin brothers are separated at birth and then thrown together later in their lives, gets a thoroughly modern, feisty and eye-catching update in Palestinian director Amir Nizar Zuabi’s adaptation. The Bard with balls, if you will.

Tchaikovsky’s ballet premiered at Moscow’s Bolshoi Theatre in 1877 and has become a stage institution held in peerlessly high regard (as well as the launchpad for the 2011 Oscar-winning movie Black Swan, which is how many will have come to it). This forthcoming production has been widely celebrated, so if you’re going to start somewhere, start with the absolute best.