A day at the races: Royal Ascot and more posh things to do in London

Easily England’s top sporting and social engagement of the year, the event on June 18-22 might be a fun opportunity for a flutter on the horses (not to mention quaffing lots of bubbly), but it’s the fashion that gets the most attention – and if you don’t dress up, you’ll miss out.

And that’s not just because you’ll feel a bit bogan without your top hat and tails. There are strict dress codes for Royal Ascot’s various enclosures, which all adds to the deep tradition the meeting, founded by Queen Anne in 1711, is steeped in. 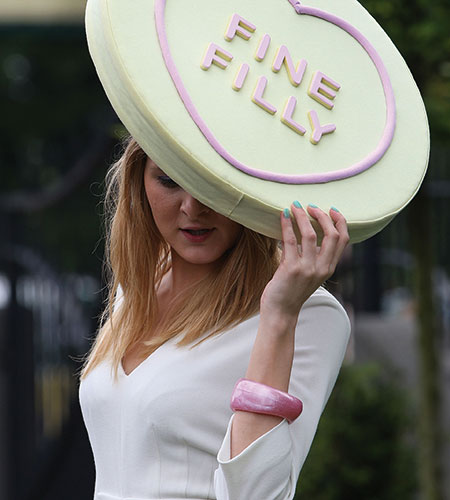 Thanks to this sense of occasion, many racegoers choose to adopt the exclusive Royal Enclosure style no matter where they’re watching from. This includes morning dress for gents and formal day dresses for ladies, while hats are also a requirement. Emphasising the seriousness of the situation, fascinators are banned. Avoid making a faux pas – check out the official style guide here.

“The wearing of hats is a tradition that traces its origins to the royals, as it was not considered respectful to have one’s head uncovered in the presence of the monarch,” says William Chambers, a milliner at British Fashion Council initiative Headonism, which celebrates emerging hatmakers.

This focus on headgear has resulted in some weird and wonderful creations turning up by the track, such as the ‘Full English’ effort on TNT’s front cover this week, and the collection of birds pictured right. You simply cannot arrive at Ascot without something fabulous adorning your bonce, so we asked Chambers to let us in on what makes the perfect Royal Ascot hat. 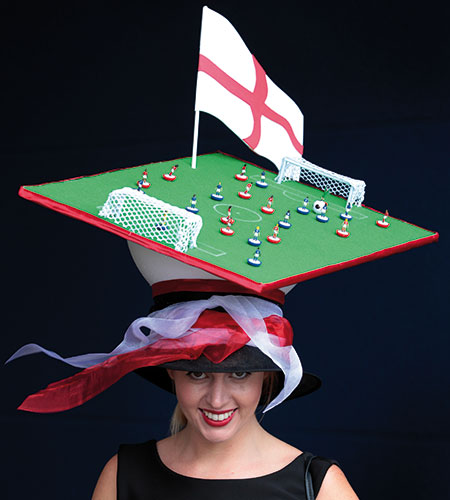 “For me the best hats have substance: large or small, they are refined and elegant, whilst still making a statement,” he advises. “The Ascot lady should look confident, charming and chic, wearing the hat with style – as opposed to the hat wearing them!”

We think there’s a chance the hats are having their way with some of the ladies pictured here, so we also prodded the expert for a comment on what constitutes a millinery misfire, so as to save TNT readers’ blushes.

“Real misfires happen when hats have way too much going on, with colours, trims, feathers, shapes and materials all fighting with each other and the outfit,” he decides. “Two of these five are usually enough, so as not to distract from the woman’s own charm and personality. As Coco Chanel said, ‘Adornment, what a science!’” 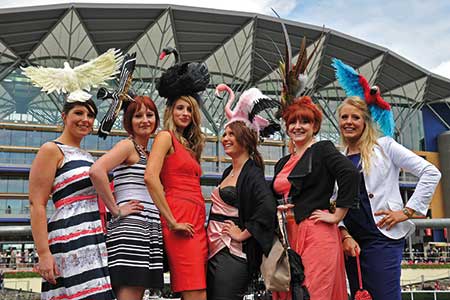 Once you’ve got the science sorted, why not make sure you give your hat the outing it deserves? TNT has teamed up with Royal Ascot to offer you some exclusive discounts, from a £30 Silver Ring ticket with drink vouchers thrown in (score), to a Grandstand and Pavilion package with complimentary afternoon tea and more for £85. Book by June 14; tntmagazine.com/royal-ascot for deets.

New for 2013 at Ascot is the Pavilion Club with a designated view of the track with a tasty afternoon tea included in the ticket price. Plus there’s the specially chartered Ascot Express taking visitors from Waterloo to the races.

In the mood for more hoity-toity festivities? Our picks over the page ›› 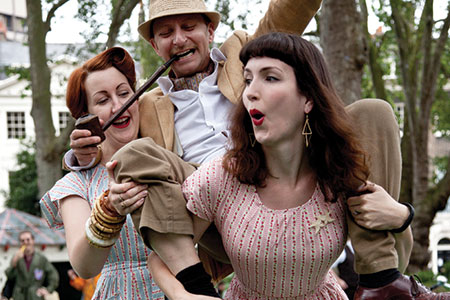 Pack your pipe, perfect your posh English accent and get down to London’s Annual Contest for Gentleman Prowess. This eccentric sports day hosts competitions unlike any you’ve ever seen before – including immaculate trouser ironing, umbrella jousting and the pipeathon. It promises to be a spiffing affair, with plenty of Pimm’s and chaps and chapettes going all-out with vintage attire (above). 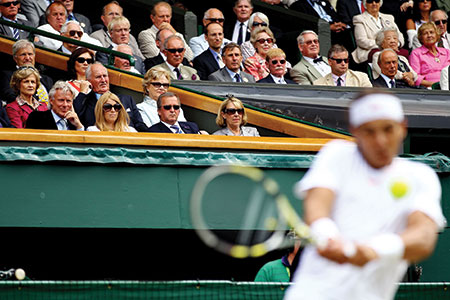 No British summer is ever complete without the grunts and groans of the tennis stars thrashing it out for the Wimbledon title. Although the public ballot has closed, you can join hundreds of others buying tickets via The Queue at Gate 3 from 8am on Sunday, June 23.

Get there early and be prepared to wait. If that fails, buy bubbly, strawberries and cream and head to Aorangi Terrace (Murray Mound) where you can watch matches on a big screen for about £5. 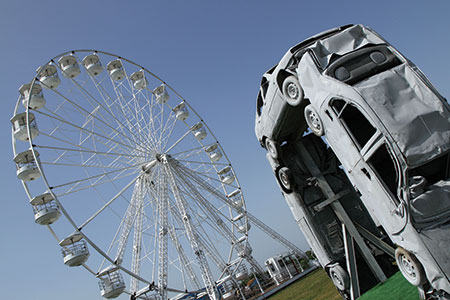 Goodwood is a petrol head’s dream – think every supercar from Porsches to Lamborghinis. But, set on the immaculate grounds of Goodwood House, there are other attractions – including a top-notch Hamper service. Get star-struck watching F1 racers such as Jenson Button burn rubber, check out classic cars, and watch the mighty hill climb in awe as the festival celebrates 20 years.

Upgrade to VIP entry (£48) to get a glass of bubbly, a meal in a pop-up venue plus a bunch of other goodies at this chilled-out food-centric three-dayer, where, enticingly, there’s a booze-tasting masterclass every hour.

Roll on the white gloves for a night of house and techno with a DJ line-up of global talent. Go VIP and you’ll get free entry to a warehouse after-party, a gourmet BBQ, VIP seating as well as fast-track entry. 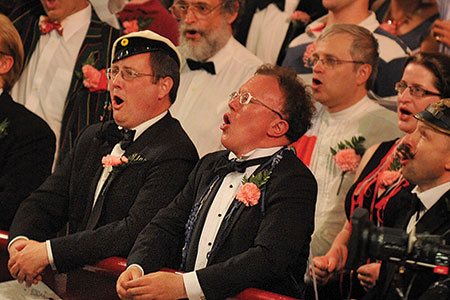 There’s absolutely nothing more quintessentially British than the Last Night Of The Proms.  With guest star Dame Edna Everage and presented by Terry Wogan, wave your flags to the BBC Concert Orchestra as well as a host of high-end entertainment, including the amusingly named Red Hot Chilli Pipers and the Royal Choral Society. Tally ho!

Ballroom dancing goes outdoors as you learn – or perfect – the fancy moves. It’s both a posh event and something to help you look even more refined at future toff-fests. Ball gowns are optional …  July 13 & 14, Aug 10 & 11.

Go high-cultured for an evening and watch The Royal Ballet’s Mayerling (June 18) orLa Rondine (July 18) as well as Puccini’s Tosca (July 18) beamed on to big screens in parks across London.

For a truly top-drawer British affair, this is the courtyard concert to head to this summer. To really luxe it up, order a Jamie Oliver picnic (£75 for two including a bottle of wine) to scoff in the outrageously stunning East Front Gardens.

For 10 nights, a stellar line-up will be taking to the Tudor Base Court in Henry VIII’s former abode (below) – come rain or shine, so bring a poncho. Stars include Jools Holland, Imelda May, Lisa Stansfield and Cliff Richard. 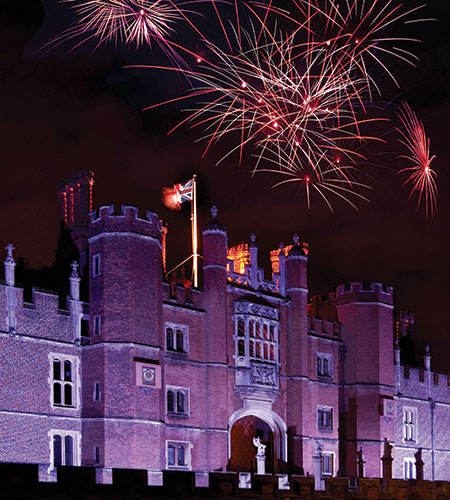 More like how the posh would have enjoyed themselves in the 1930s, this is a champagne-drenched return to the world’s former most glamorous form of travel, as the Silver Sturgeon clipper becomes the SS Atlantica ocean liner for an evening.

From the folks behind the Prohibition and Blitz parties, there’ll be cabaret, fizz, a string quartet, fizz, a deck-top bar and, yes, more fizz. Glam it up and hop aboard. 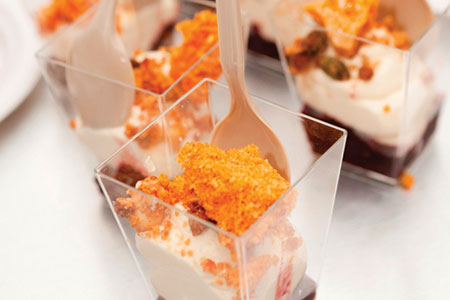 Gorge on a la carte and experimental cuisine as some of the world’s best chefs and restaurants take part in the 10th annual Taste Of London. Stroll around Regent’s Park sampling a mix of British, French, Pan Asian, Japanese and South American cuisine (below).

Then get squiffy at a Laurent-Perrier masterclass (£70 and includes other goodies such as fast-track entrance). Budding foodies should head to the Electrolux Taste Theatre where experts will be sharing their trade secrets.June 20-23. 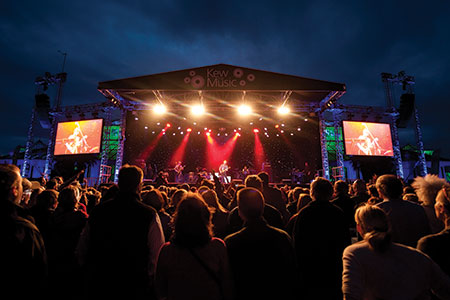 Taking place in the stunning grounds of Unesco World Heritage Site Kew Gardens, this six-night festival boasts one of the best settings in London. Branded a ‘picnic concert’, enjoy an evening of sophistication listening to the soulful sounds of Blondie, Human League, Paul Weller, Jools Holland, Leona Lewis and Soul II Soul. VIP your night by ordering a hamper and bubbly when you book.

Too skint to check out London’s West End? Now you can see the best of what’s at the theatre for free as the casts from all the shows perform al fresco in Trafalgar Square. Expect clips from Billy Elliot, Stomp, Mamma Mia! and more.

It’s like Royal Ascot, except on the Thames with rowing crews replacing horses, as a bunch of posh lads and lasses compete in knockout races along the river. Think lots of Pimm’s and picnics.

Celebrating the 60th anniversary of the Queen’s coronation, this event is set in the gardens of Buckingham Palace. Wander and eat posh goodies, or book for the gala gig in the evening, showcasing music from the Commonwealth.

It doesn’t get much posher than a music and arts fest that requires punters wear black tie and designer dresses. Expect a floating stage, fireworks, flowing champagne, Jamie Cullum and Paloma Faith. 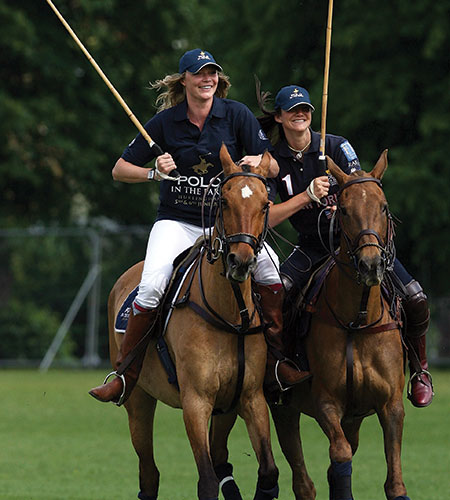 Mint Polo in the Park – Fulham

Ladies, fascinators at the ready. This three-day event (below) boasts champers in the Pommery Garden, cocktails at the Mahiki Bar, and Pimm’s on a special bus as well as fantastic grub from Gourmet Street Food.

Matches kick off with ‘City Friday’, then Ladies’ Day on Saturday, rounding off with the finals on Sunday. There’s also a shopping village and afternoon tea – so plenty of off-field action to keep non-enthusiasts amused.

It’s a way off, but this festival is worth flagging up. Eat your way across some of the 400 restaurants and 50 events that make up this foodie extravaganza. There’ll be quirky stuff aplenty, including the chance to dine on board a double-decker bus, and a three-course meal inspired by a renowned chef’s favourite film, served to punters inside a cinema.

Other traveller reviews on Netherlands