An annual 24-hour British tradition during which young people go to their schools to collect pieces of paper with letters on them, letters which they erroneously believe will immeasurably affect the future path of their lives.

This is immediately followed by an outbreak of mass hysteria, whose main symptom is a seemingly compulsive need to jump while holding pieces of paper.

Local news photographers will diligently document this brief phenomena, then, newspaper columnists, regardless of the youths’ results, will troll out a few hundred words about how everyone is thicker these days, and how most graduates don’t even have the sufficient skills to stack shelves in Tescos (a job whose chief skill requires having, and, in fairness, being able to control, your arms).

The climax of this tradition sees the A-level students converging on regional branches of Tiger Tiger, Yates Wine Lodge and Oceana to drink jagerbombs, dance to songs keen to expound the various virtues of women having enormous bottoms, shout University names at each other and be clumsily propositioned by university freshers, who, after a year of Psychology and Film Studies, really know where it’s at.

To mark this mysterious ritual, which probably goes back to Pagan times, we thought we’d knock up a game of Local Newspaper A-Level Results Day Bingo, for you to play along with.

The classic all-girl jump – all girls, all delighted, all jumping 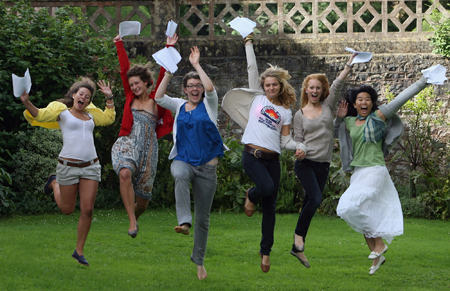 A boy getting in on the hugs – Oh my god Jenny this means we can both go to Southampton Solent, what halls are you applying to again? 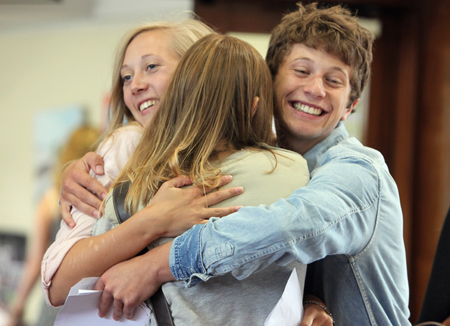 Improbably posh school backgrounds – not every school is a warren of portacabins like the one you went to. 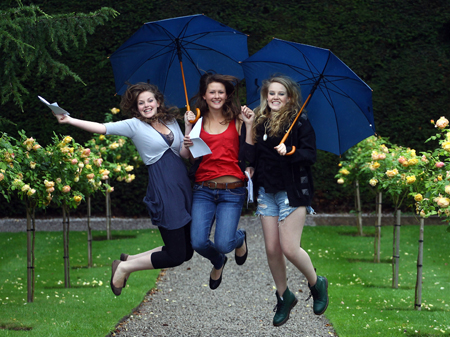 Arms length results – they’re so good she just can’t have them too close to her face lest she splodge all those Oxbridge asterisks with tears of success. 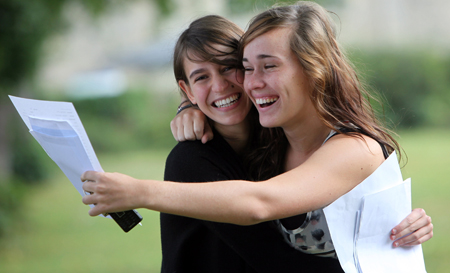 The oh-my-results-were-slightly-better-than-yours smile/sneer – Oh my god you got a C in psychology, that’s, like, so good. 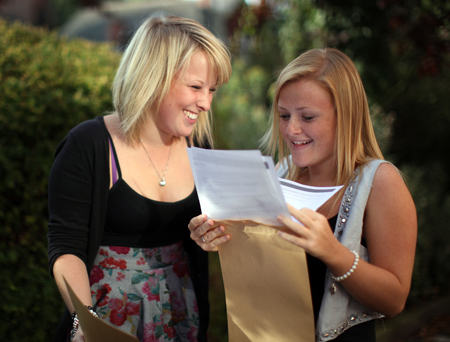 The moody not-quite-as-good-as-they’d-hope shot – Oh no now I can only get into Lincoln to do Podiatry, but I wanted to go to Keele so much. 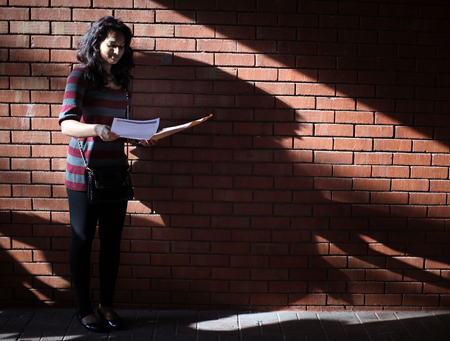 Genuine disappointment – somewhere, in this country, right now, a cameraman is hoping that a teenager has their dreams shattered for the sake of picture. Oi, wherever you are, fuck you! 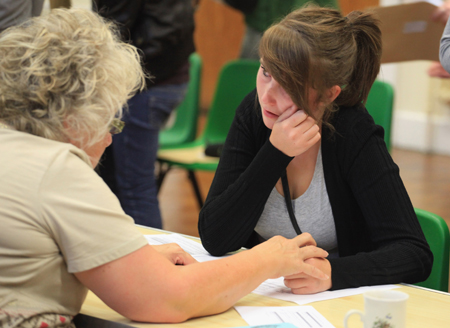 And the wildcard: posh school topiary. While some schools can’t afford to keep their sports fields, other schools are paying for people to maintain their snazzy bushes. Thanks Michael Gove. 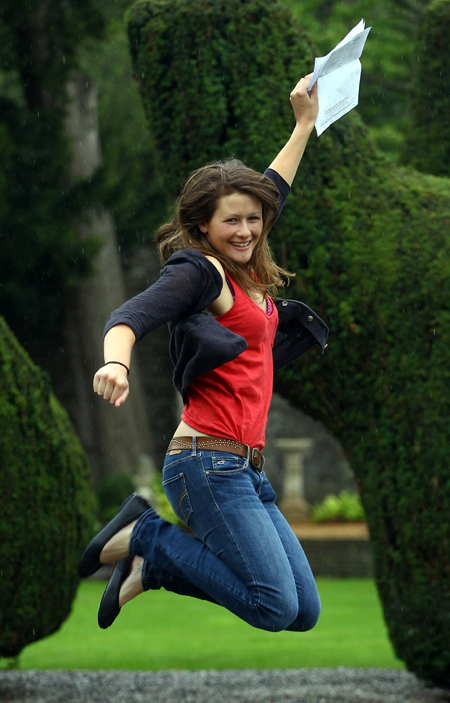 We hope you all got the results and the uni places you hoped for. And if you didn’t, seriously, don’t worry about it, a) it really doesn’t matter and b) you’re probably way cooler.