Pare down your hectic lifestyle and scurry away from the rat race to somewhere friendly, bathed in sunshine and among the best surfing and swimming beaches in Australia.

An image overhaul
Brisbane is quickly outgrowing the unflattering title of Brisvegas, earned many moons ago because of the comparisons it draws from the US gambling city and its tackiness.

Brisbanites can hardly believe the urban sprawl of their home city, and some lament the loss of its country town feel as it rapidly develops a cosmopolitan sophistication, thanks to a burgeoning and increasingly multicultural population.

But this blossoming of the Queensland capital makes it an increasingly attractive place to live and work for travellers. It has a higher concentration of job vacancies than most other places in Australia – attached mostly to the mining industry – and new restaurants and bars to cater to its new residents, too. The growth is remarkable when you consider it was near enough wiped out by Cyclone Yasi in February.

The city was reconstructed in earnest and now, as its outer edges expand, so does job opportunities and the quality of life they bring.

Work is ample
Jobs fall in the region’s main industries of mining, LNG projects and their associated sectors, so jobs such as those in finance, engineering, trades, IT, communications, HR and law, are in ample supply, says the Brisbane director of Robert Walters International (robertwalters.com.au) Sinead Hourigan.

“Though often accused of having ‘Branch Office Syndrome’, Brisbane has plenty of work opportunities for everyone, including entrepreneurs,” Hourigan says. “Its population growth means its jobs growth is higher than most other Australian capitals.”

Hourigan adds that there is a reluctance from organisations to burden themselves with managing the working visas of overseas candidates. But doing your job hunt through an international firm like Robert Walters can help. In any case, it is wise to organise a job before moving to Brisbane (also try seek.com.au), and have a back-up plan should it fall through.

“Brisbane is an extremely attractive place to live and work,” says Hourigan. “The work/life balance is significantly better than in the larger Australian cities and remuneration packages are competitive. The focus is on working to live, rather than living to work.” 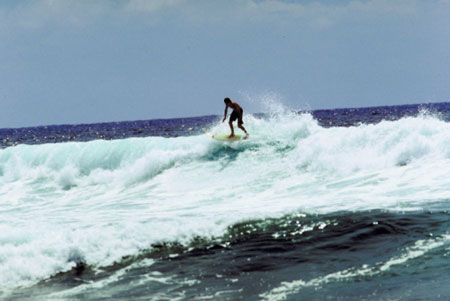 It offers the good life
Brisbane’s cultural scene plays out on the South Bank of the Brisbane river, which meanders through the city centre. The city’s administrative and shopping precinct keep the cogs of the economy turning on the other side. Its 16 bridges, which dazzle with lights each night, are its most distinguishable feature. That and the weather: Brisbane is a sun-worshipper’s dream and although summers can be scorching, the saying goes that Brisbane is ‘beautiful one day, perfect the next’ and on the whole, it’s true.

He says: “Because the weather is so good, people are outdoors all the time. They are friendly, interesting and diverse.”

Baisden suggests spending time at the Gallery of Modern Art, Urban Grind in Paddington for coffee and brownies, Lure on Latrobe Terrace for a hangover-busting brunch, and Caxton Street, a nightlife hotspot and gateway to the cauldron-shaped Suncorp stadium. Queenslanders love their rugby league.

For a getaway, you can lap up the beaches of the Sunshine Coast, venture through bushland with a hike up Mt Glorious, or do a spot of diving in the paradise of Moreton Bay and its surrounding islands, off the coast.

Where to live
Inner city areas such as Toowong, Taringa, St Lucia, Milton, Indooroopilly and Auchenflower, Paddington and Teneriffe, all within a few minutes drive from the city, are great places for hip young things to live. Based around the University of Queensland, the areas are heavily student orientated, and so are full of pubs, restaurants and nightspots. Importantly, the environs are leafy and green and they straddle the river – you’ve got to get the breeze where you can. Renting a room in a houseshare in those areas can cost anything upwards of $160 (£100) p/w.

See Shakespeare in The Great Outdoors

Man publicly dumped by both his girlfriends