A night at the cinema: preview to the Sydney Film Festival

For film buffs, Nashen Moodley might seem to have the world’s best job. He is, after all, the director of the Sydney Film Festival, which kicks off next month, showcasing a cornucopia of vital, funny, harrowing, moving, offbeat films from around the world. Moodley has spent much of the past year travelling the world, cherry-picking the films for the festival and the results, he hopes, are a festival with sufficient variety to draw in anyone who takes the time to check out the program.

“It’s always a priority to have a diverse program, to have something for everyone regardless of taste,” Moodley says. “For us to have that variety was iportant because, as well as people seeing films they expect to like because they know the director or the actors, we’d like to encourage them to see films they maybe don’t know as much about, to take a risk on films that they just think sound interesting.

“As soon as one festival ends, we start considering films for the next year. And that involves quite a lot of travel. The really intense period is probably between January and the start of the festival. Ultimately, it’s difficult to choose, though, and a lot of really good films don’t make it because we’re looking for that balance – balance in terms of geography, themes and genre and between experienced and young filmmakers.”

Although the festival doesn’t have a uniting theme or any particular thread that, by design, ties the various features together, Moodley admits to noticing some common ground among many of them.

“I think something that runs through the films is a theme of growing up, of characters or people in transitions phases, whether in childhood, adolescence or adulthood,” he says. “It’s not necessarily about kids or teenagers – there’s a film called Jeff, Who Lives At Home, which is a comedy about a 30-something guy, living at home, in the middle of a really critical period in his life.”

That film stars Jason Segel, star of Forgetting Sarah Marshall and The Five-Year Engagement and one of the most in-demand actors for the new wave of comedies that fuse dick jokes with smarter, observational humour. Jeff, Who Lives At Home is also an example of the way festivals are changing to become more accessible and move away from the caricature of ‘festival films’, those ponderous, low-budget, art-film think-pieces that no one but poseurs actually wants to see. 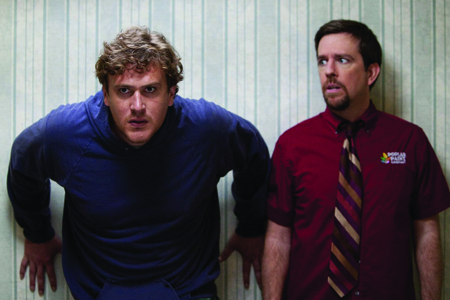 “That’s an old-fashioned notion of festivals and I think that they are increasingly open to a variety of cinema,” Moodley says. “And it’s really important that festivals aren’t seen as being exclusively for one kind of cinema – you can see great films from across the spectrum.”

That said, there is plenty of weird fare at the Sydney Film Festival. Indeed, there’s an entire section devoted to it. The so-called Freak Me Out part of the program is a treasure trove for those with an appetite for the bizarre.

There’s Excision, a surreal coming-of-age drama about a troubled teenage girl who finds herself in direct conversation with God. Or Killer Joe, starring Emile Hirsch and Matthew McConaughey, in which a trailer-trash family hire a dirty cop as a hitman. It doesn’t end well. In Perished, a broken man tries to survive a zombie outbreak in the Australian suburbs. And, then, finally, there’s The Warped Forest, an intensely quirky film set in a parallel world where giants and tiny people live side-by-side.

“The Freak Me Out section has attracted a big following,” Moodley says. “And within it, there’s a big range – you’ve got zombies and vampire ballerinas.

“And The Warped Forest is definitely the weirdest film we have and people have been attracted to that already. It’s a film that you shouldn’t know too much about before going to see. But it’s pretty bizarre.”

There is, of course, more conventional fair too. Moonrise Kingdom is the new film from Wes Anderson, the indie darling and director of The Royal Tenenbaums and Fantastic Mr Fox. It’s the story of two misfit kids who run away together and boasts an all-star cast that includes Bruce Willis, Edward Norton and Bill Murray, ensuring it will be one of the festival’s most popular offerings.

Among the documentaries, Under African Skies chronicles Paul Simon’s reunion with the artists he worked with on his mega-hit 1986 album, Graceland and revisits some of the controversy stirred by that release. And Marley ambitiously sets out to be the first and most complete cinematic take on the reggae superstar’s life and times, including the his upbringing, politics and the commitment to Rastafarianism that ultimately cost him his life at the age of 36.

“These are all great films,” Moodley says diplomatically. “Marley is a film that’s been in the works for a long time and it’s the definitive documentary about Bob Marley. It looks at his life and the politics around him. And it’s a really great film, for fans but also for anyone.” 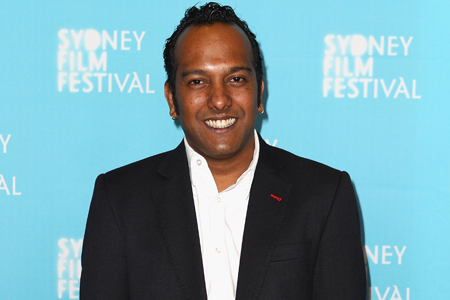 And then there’s the official competition, limited to the 12 films that best fulfill the criteria of being audacious, courageous and cutting-edge.

Among the most eagerly anticipated films is On The Road, the adaptation of Jack Kerouac’s classic 1957 counter-culture novel.

Less familiar but no less intriguing is the two-part Indian film, The Gangs Of Wasseypur. It’s a searing, violent gangster epic, charting three generations of a crime family, owing more to the Godfather than to the high-camp of Bollywood cinema.

Moodley, for his part, isn’t game to pick a winner but admits he enjoyed putting the field together.

“The competitive section of filled with really strong films,” he says. “And while I wouldn’t want to single out any of them, it was great for us to build that collection from around the world.

“So much depends on the personality of the jurors and what they decide they value most about the films. There are varying budgets and styles so it depends what the jurors decide to say about what’s important in cinema. I think it  will be really tough for the jury but that’s how it’s supposed to be. We want it to be hard for them to choose between tese films.”

For anyone keen to go along to the festival but finds the variety overwhelming, Moodley has some sage advice and insists that help is at hand.

“If you look through the program, you will find something you’ll recognise but try to be a little more adventurous,” Moodley (above) says.

“We’ve also got the Hub set up for the festival, in the Lower Town Hall, where there will be talks and a bar and a range of activities for every to discuss the films. We’ve got advisors there who will be sharing ideas and suggestions about films, helping people decide what to go and see.”

The Sydney Film Festival runs June 6-17 at a variety of locations in Sydney. sff.org.au

Brits trapped in Libya to be rescued by government

Australia is the happiest country in the world

New tourism ad gets thumbs up