But all the pomp and pageantry of the AFL welcoming its new expansion side will pale in comparison when the season starts with a full compliment on Thursday, when Richmond host Carlton at the MCG.

Any forecast is fraught with risk. There’s the big three – Collingwood, Hawthorn and Geelong – who have split the past four flags between them – and the two new kids on the block – Gold Coast and GWS – who will likely finish last and second-last. There’s really not much separating the other 13 sides but here’s our best attempt to put them in order.

Blues
Their gun midfield means they’ll play finals for the fourth year in a row but the Blues still lack the depth or focal point in attack required to leapfrog any of the top three.
Key player: Chris Judd – the era’s most complete on-baller.
Prediction: 4th – the next step will prove hard to take.

Bombers
James Hird’s improving young side will be looking to consolidate this year after limping into last year’s final series and being belted by their arch-rivals, Carlton.
Key player: Jobe Watson – needs help from the young mids.
Prediction: 8th – another year of finals exposure. 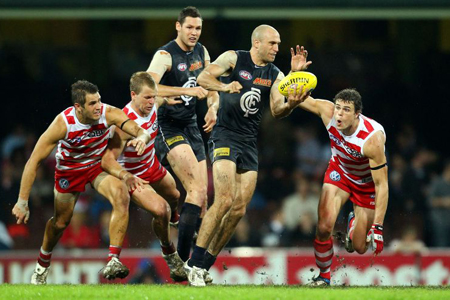 Bulldogs
After three years in the top four, the Doggies slid to 10th last year and a period of rebuilding looms. It’s hard to see where their goals will come from, meaning it could get messy.
Key player: Adam Cooney –  his dodgy knee is a big worry.
Prediction: 13th – will get worse before it gets better.

Cats
Everyone said they were too old last year but the Cats responded by winning another flag. In their best 22, 10 are 28 or older – the loss of Brad Ottens and Cameron Ling may tell.
Key player: Tom Hawkins – time for Tomahawk to swing.
Prediction: 3rd – still powerful; who’d write them off?

Crows
Have developed a nucleus of players with between 50 and 200 games that can propel them up the ladder. Looked fit, aggressive and well-drilled in winning the pre-season comp.
Key player: Patrick Dangerfield – matchwinner in the making.
Prediction: 7th – have the hard edge to make it into finals.

Demons
The kids are impressive but still raw, and their senior players offer precious little in the way of leadership. More progress was expected but they’ve spent a few years treading water.
Key player: Mitch Clark – on big bucks, so needs to deliver.
Prediction: 14th – a sixth year out of finals awaits.

Dockers
Fremantle are notoriously unpredictable – mostly in a bad way – but there’s enough talent and experience to suggest new coach Ross Lyon has something to work with.
Key player: Matthew Pavlich – should be left to play forward.
Prediction: 6th – barring injuries, they have a top-eight list.

Eagles
Last year, the Eagles came from nowhere to make a preliminary final. If they can be thereabouts again, while developing their youngsters, it will be a successful season.
Key player: Josh Kennedy – will anchor the Eagles’ attack.
Prediction: 5th – losing Mark LeCras for the year hurts.

Giants
The league’s newest side will cop some horrific beltings in their first year. It’s not the end of the world, provided their kids show they have what it takes.
Key player: Tom Scully – pressure is on the star recruit.
Prediction: 18th – will do well to win a couple of games. 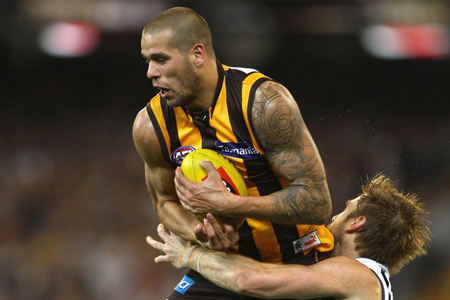 Hawks
They went within an inch of beating Collingwood in last year’s epic preliminary final. They over-achieved when they won the flag in 2008 but are now cherry-ripe to go again.
Key player: Lance Franklin – simply unstoppable on his day.
Prediction: Premiers – boast the right mix of glamour and grit.

Kangaroos
There’s no guarantee they’ll emerge from the mid-ladder logjam. There are a few guns and some impressive kids, but that might not be enough to take the next step.
Key player: Daniel Wells – the sparkle in a blue-collar side.
Prediction: 11th – a year without finals will be a failure.

Lions
After some disastrously short-sighted list management, the Lions are on the right track but can expect more pain given they’ve had to go back to square one. Nowhere near finals.
Key player: Jon Brown – the Lions lack teeth without him.
Prediction: 15th – must plough games into their kids.

Magpies
They were mugged by Geelong in last year’s grand final but have quality on every line, and Nathan Buckley replacing Mick Malthouse as coach shouldn’t rock the boat too much.
Key player: Scott Pendlebury – all class in the engine room.
Prediction: Runners-up – every chance to go all the way.

Power
Port Adelaide are a proud club and might yet surprise but they look like they’re in a hole and simply don’t have the playing list to climb out. Not this year, anyway.
Key player: Travis Boak – Port’s only blue-chip midfielder.
Prediction: 16th – a fifth straight year without finals looms.

Saints
This crop of Saints looked like breaking a premiership-drought now spanning 45 years but they played three grand finals – two in 2010 – without winning one. Could be curtains.
Key player: Nick Riewoldt – still carries the can in attack.
Prediction: 10th – rely too heavily on the same old heads. 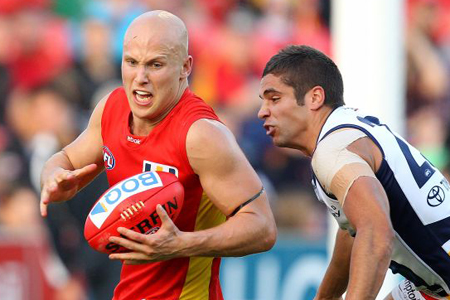 Suns
In their second season, the Suns will expect their young guns to take more responsibility but it’s a young side still very much in the development phase. Hopefully fewer thrashings.
Key player: Gary Ablett – the stand-out in a developing side.
Prediction: 17th – still too inexperienced to challenge.

Swans
They punch above their weight thanks to resilient veterans and consistent contributions from lesser lights. Well-balanced and committed, the Swans are unlikely to bottom-out.
Key player: Adam Goodes – the 300-gamer is still a star.
Prediction: 9th – vying for the last few spots in the eight.

Tigers
It’s been 10 seasons since Richmond played finals and this batch of young Tigers are made of the right stuff but have yet to show the consistency required to make the top half.
Key player: Dustin Martin – could be the next big thing.
Prediction: 12th – will show glimpses before falling short.

Wandering around on Scotland’s Fife coast