Meanwhile, in London, an army of fans of the oval ball and round field code are sweating in the cold ahead of their own season, which begins in May.

TNT thought who better to preview AFL season 2013 than the guys who fly the footy flag in the world’s north.

We asked London clubs to have a peek into their corresponding Aussie side’s crystal ball and also tell us how you can get involved in AFL footy in Blighty.

One to watch: Travis Varcoe is virtually a new recruit for the Cats. His speed and goal sense will be vital for the aging blue and white army.

Uphill battle: It’s a huge year for the Cats – can they keep the flag window open while their crop of future stars develop?

The recruitment of Hamish McIntosh and Jared Rivers, along with return of Varcoe and Nathan Vardy from injury, indicates the answer is yes.

Our club: The Wildcats and Wildkittens aren’t just about footy, with social events a huge part of the club, including our end of season trip to Corfu. 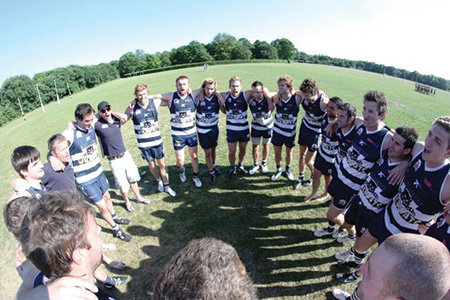 One to watch: Dane Swan will poll well in the Brownlow or hopefully he’ll be suspended by the AFL so he can come and play for Putney Magpies in our 10th anniversary year.

Uphill battle: The high expectations of the supporters and Eddie McGuire’s ego.

Prediction: Top four finish with the Pies defeating Mick Malthouse’s Carlton to get into the granny.

Our club: If you want a bogan with a mullet yelling at you at training or games, don’t come to Putney, we don’t have that type of culture. We’re well suited to Aussie Rules in London.

One to watch: Old soldiers like Jonathan Brown and Simon Black’s wobbly knees/shoulders/other important joints can’t wait any longer. 2013 is the year they turn the corner.

Uphill battle: Winning games is important. Win enough and they’ll make the finals (pass that on to Vossy). Making the GF of the NAB Cup is a promising start, but it’s early days.

Prediction: Things are on the up. The Lions in Brisbane will squeak into the finals with a 6th-8th finish.

Our club: It finally came together in 2012 and we were AFL London Premiers! We blew the prize money on celebrations, but another big year looms on and (importantly) off the field. 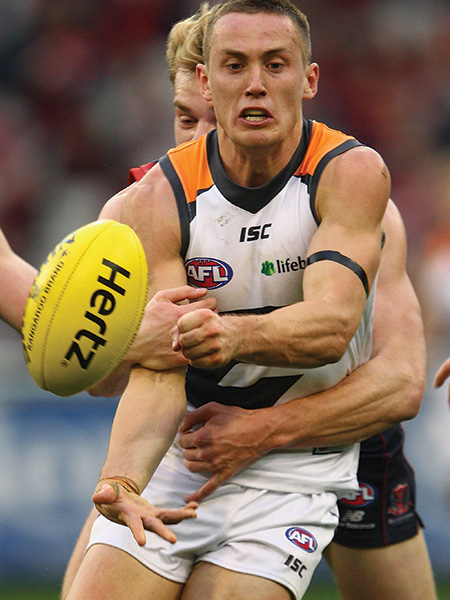 Name: Gus, chief shepherd of the those on the pond.

One to watch: Lewis Jetta. He’s got pace to burn and goals to match – a very handy combination!

Prediction: We’ll snooze our way through the home and aways before waking from our slumber in time for the finals, in which we’ll march on and take the cup for another year!

Our club: Central London’s Zone 1 team who mix the art of socialising with bursts of champagne football. 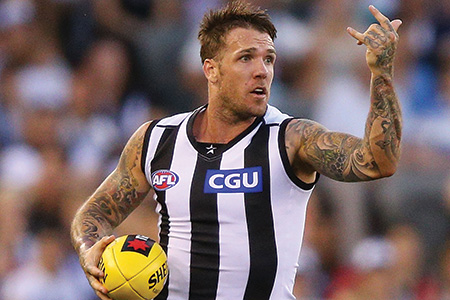 Stand-out: Tom Scully will step up and prove that he is worth every bit of the estimated AUS$6m the Giants paid to get his prodigious services from the Demons.

Biggest challenge: To keep the Swans off the bridge after we win in round one (we’ll be reminding them of the NAB Cup for years to come).

Then to keep the South East London Giants Boys from trashing the club rooms when come to visit during the season.

Prediction: To climb from the cellar for a mid-table 10th finish.

Will then recruit two South East London Giants boys from the 2013 season to do a course of pre-season in 2014.

Our club: For a social, community feel, the Giants are the way to go. If you can play, drink or simply show up for a game or two, get in touch.

Stand-out: Full-back Brian Lake. Can the man who changed his name re-discover his All-Australian form from his time at the Dogs and provide an extra bit of spark to the Hawthorn back line?

Biggest challenge: The Hawks have the talent but do they have the desire to get themselves up for another big season after the disappointment of last year’s grand final loss?

Many players are approaching the peak of their powers, so they need to take advantage of the premiership window.

Prediction: Should make finals but do they have enough to go all the way to the big one? Third would be a fair result.

Our club: We haven’t had the success we’d like on the field, but we deliver off it.

A strong British contingent, a few new Aussies should bring the glory. 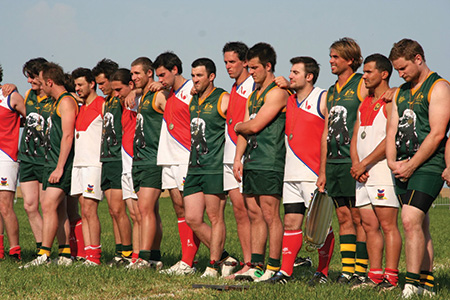 AFL on the battlefield: Anzac cup on the front

An iconic theatre of war for will be given a far more enjoyable use on April 20, when the fifth Anzac Cup is played at Villers-Bretonneux.

A team wearing the green and gold trim of Australia – New Zealanders are welcome too – will play a team from France on the battlefield of the Somme, where thousands of young men lost their lives for both countries during World War One.

How good you are isn’t important, he said, calling on players “interested in personal connections to the area or the armed forces and the Anzac’s special history”.

If you’d like to fill the final spots, send a brief email to ben.maccormack@afleurope.org explaining why you’re keen to be part of it.

3 of the best winter pop-ups in London: Forza Win(ter), Sugarhouse Studios and Boisdale on Ice

Big Brother: Our top 10 most famous moments on the sofa