The Geelong dynasty prevailed in an epic grand final last year – can they go around again and win a third flag? Here’s TNT’s predictions for the upcoming season.

Overview: Last year they played in the finals for the first time since 2001, but without Brendan Fevola they could drop out. Who will kick their goals?
The key: Chris Judd – he has led the young midfield with aplomb since joining in 2008.
The young gun: Matthew Kreuzer.
Prediction: 10th.

Overview: Coach Matthew Knights reckons he can replace Matthew Lloyd and Scott Lucas, but the Bombers’ spine is one of the youngest around.
The key: Jobe Watson – the new captain; tough as teak but needs to increase his hurt factor.
The young gun: Michael Hurley.
Prediction: 9th.

Overview: Barry Hall’s recruitment shows the clock is ticking. The Dogs need to win a flag while Brad Johnson and Jason Akermanis are still around.
The key: Adam Cooney – an elite goal-kicking midfielder now in his absolute prime.
The young gun: Jarrad Grant.
Prediction: Runners-up.

Overview: The Cats’ list is entering its twilight, but their key players are still firing and youngsters Joel Selwood and Tom Hawkins can still improve.
The key: Gary Ablett (above) – over the past three seasons, he has been the competition’s top dog.
The young gun: Mitch Brown.
Prediction: Premiers.

Overview: Neil Craig has rebuilt a side without bottoming out, and his current team plays a much more attacking brand than the 2005-06 model.
The key: Kurt Tippett – emerging as the Crows’ first genuine key forward since Tony Modra.
The young gun: Patrick Dangerfield.
Prediction: 6th.

Overview: They’ve stockpiled plenty of young talent, but remain desperately short on leadership and lack proven top-liners through the midfield.
The key: Aaron Davey – one of the Demons’ few stars. He doesn’t have much support.
The young gun: Cale Morton.
Prediction: 15th.

Overview: Entering his third full season, coach Mark Harvey needs some improvement from a side that has finished 14th two years running.
The key: Matthew Pavlich – where will the long-suffering skipper have to play this year?
The young gun: Anthony Morabito.
Prediction: 14th.

Overview: Have battled since the end of 2007, but appeared to turn a corner late last year. Have drafted well, and will again be hard to beat at home.
The key: Daniel Kerr – needs to kick-start the second phase of his career as a midfield leader.
The young gun: Nic Naitanui.
Prediction: 8th.

Overview: Reigning premiers last year, but failed to make the finals. Worries in defence and the ruck, but have too much talent not to bounce back.
The key: Lance Franklin – he was unstoppable in 2008, but needs to get back to that form.
The young gun: Cyril Rioli.
Prediction: 4th.

Overview: Slid to 13th last year and will remain also-rans until their youngsters get more experience. Will be committed, but don’t have the cattle.
The key: Brent Harvey – the skipper provides dash but is also handy around goals.
The young gun: Jack Ziebell.
Prediction: 11th.

Overview: Michael Voss has recruited very much for the present and if it all clicks, the Lions loom as the bolters who could do some real damage.
The key: Jon Brown – even with Fev up there, big JB remains the Lions’ most potent forward.
The young gun: Daniel Rich.
Prediction: 6th.

Overview: They now have enough September experience to be a real threat and have added Luke Ball and Darren Jolly to the mix.
The key: Alan Didak – he’s a gun around goals, but also shone in the midfield last season.
The young gun: Dayne Beans.
Prediction: 5th.

Overview: Last year they looked as if they could break a 43-year premiership drought but fell agonisingly short in the decider. They should be up there again.
The key: Nick Riewoldt – no player is more important to their team than Saint Nick.
The young gun: Tom Lynch.
Prediction: 3rd.

Overview: After six years of finals, they dropped to 10th last year and there’s a sense that the slide has just begun. Too many blokes pushing 30 or past it.
The key: Adam Goodes – heading into his 12th season, he’s still one of the game’s top utilities.
The young gun: Patrick Veszpremi.
Prediction: 12th.

Overview: Haven’t played finals since 2001, and new coach Damien Hardwick will need a miracle to change that. Another tough year looms.
The key: Ben Cousins – if he stays injury-free, he’ll be the Tigers’ best player.
The young gun: Trent Cotchin.
Prediction: 13th.

Coaches under pressure: Early losses will see the blowtorch applied to Mark Harvey and Mark Williams, at Freo and Port respectively.

Rule of the week: Every year, some niggly rule gets excessively enforced for a period, before being forgotten about altogether.

Naughty boys: Matty Stokes and Andrew Lovett have gone early. Cue the phoney apologies and even phonier outrage in the media.

New teams revealed: Sides from the Gold Coast and West Sydney are on the way – this year could see colours and nicknames confirmed.

On the move?: Those new sides will need players and the Gold Coast wants Gary Ablett – it will be fascinating to see who they get.

Have we got it right? Let everyone know your view. Comment below. 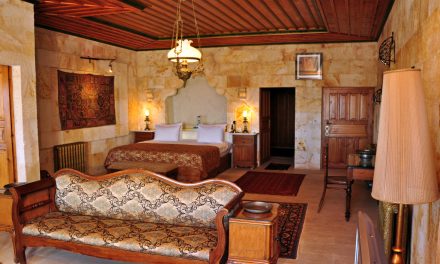 Madonna banned from Texas cinema chain for texting during a movie