Baldwin and his wife attended the funeral of James Gandolfini yesterday, and the Daily Mail published a report that Baldwin’s wife had tweeted throughout service.

She denied it. Baldwin went ballistic. He sent out a string on angry messages through his Twitter feed directed at the writer George Stark, before deleting his account.

Here are some choice quotes:

“If put my foot up your fucking ass, George Stark, but I’m sure you’d dig it too much”

“My wife and I attend a funeral to pay our respects to an old friend, and some toxic Brit writes this fucking trash”

He rounded off the rant saying:

“Someone wrote that my wife was tweeting at a funeral. Hey. That’s not true. But I’m gonna tweet at your funeral” 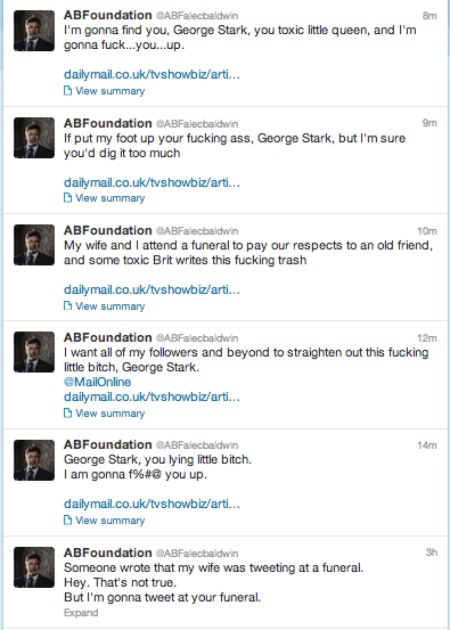