In rugby union it was Ryan Crotty’s try that did the damage as Ireland held on 22-17.

That result would have still meant the awesome All Blacks went through the entire calendar year undefeated, but that means nothing to the Irish who in 27 attempts over 109 years of trying have never beaten the Men In Black – they are the only nation the proud rugby mad isle hasn’t conquered.

Referee Nigel Owens decided the Irish had advanced too far in their attempt to put off Cruden and gave him another go – this time, of course, the ball drifted just far enough to get over the crossbar for a 24-22 win.

The kick handed Steve Hansen’s side 14 victories for the year, a result a long way off when Conor Murray, Rory Best and Rob Kearney tries saw the hosts race to a 19-0 lead in the 17 minutes.

Julian Savea’s reply came soon after but there was still plenty of work to do. Ben Franks, bloody and beaten, went over to cut the deficit even more and set up the late drama. 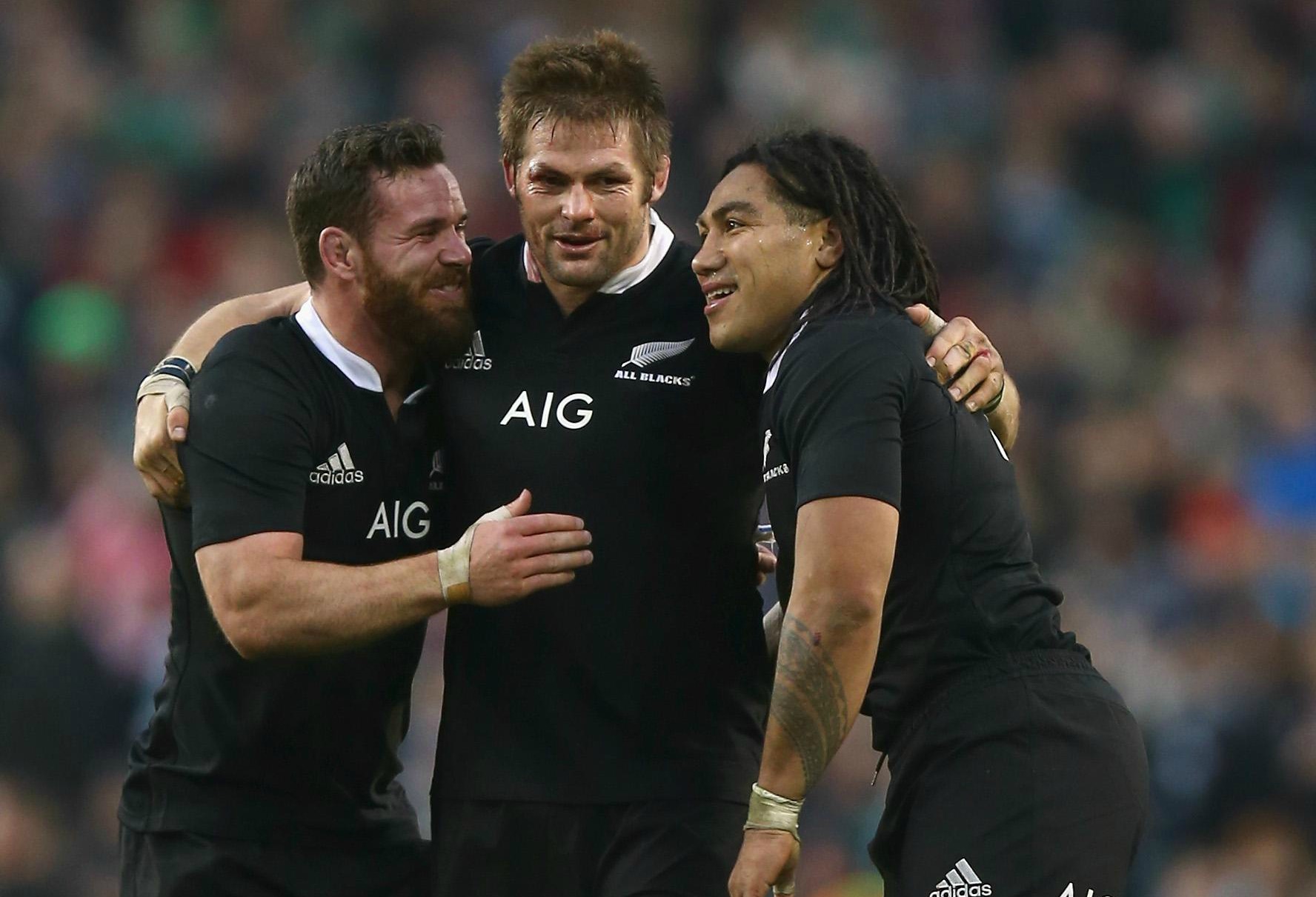 Ireland had some pride to win back after a woeful effort against the Wallabies the week before, losing 32-15 to a side in turmoil according to reports and with grit they won a penalty allowing Jonny Sexton to make it 22-7 before the break.

The Irish suffered a blow in the second half, losing centre Brian O’Driscoll to concussion after he equalled Ronan O’Gara’s record 128 caps record by taking the field.

In the second half, Ireland were worn down by wave after wave of attack, doing well do give just one kickable penalty in the first 10 minutes, which Cruden dispatched.

Cruden missed one shot from a way out but the next wave was coming again.

Like England’s Kevin Sinfield in the rugby league, Sexton squandered the opportunity to kick Ireland clear.

A late penalty gave the All Blacks a final chance, and their quality shone in a siege that ended with a Dane Coles ball putting Crotty over more than a minute after the 80 minutes was up.

That levelled it and the second kick gave them the win.

Such a game proves there’s no such thing as a friendly in rugby and gave New Zealand a weekend to remember – though not one cardiologists would like to see too often.