Ah, Victoria. You little beauty. Small but oh-so-perfectly formed, you’re like a strange grommet of a gremlin – beautiful and playful to start with, but wild, exciting and downright crazy within the blink of an eye.

Nowhere else Down Under crams so much into a space so small (small by Aussie standards at least – it’s still about half the size of Spain). Yes, there’s the Great Ocean Road, and yes, there’s Phillip Island’s penguins, but there’s plenty going on behind the headlines.

For starters, when it comes to Melbourne, believe the hype, if not the tired clichés (it’s Australia’s most European city, don’t you know. Yawn).

If you want Australia’s best nightlife, most trend-setting shopping and coolest cultural scene, look no further than the Victorian capital. No discussion. This is a place so cool that parts of the city are named after the real Batman. Fact.

Heard the one about how it always rains in Melbourne (probably from a Sydneysider)? Well, chuck this nugget back at them – Melbourne actually gets far less annual rainfall than Sidders. Indeed, even Manchester does.

The reality, though you’ll never hear this uttered out loud, is that most Sydneysiders would happily switch the Harbour City for Melbourne, if only they could live without posing on the beach.

Instead they make do with endless shopping/drinking/football weekends away. Biased? Maybe. But if, for example, you like your sport, there’s no alternative. Tennis, Aussie rules, the MCG, Formula 1, horse racing, the Boxing Day Test, MotoGP – the big events all go down south of the border.

And that doesn’t mean it’s just a coffee-drinking, Neighbours-watching, black clothes-wearing, footy-screaming, credit card-battering whirlwind. Not all the time at least.

Head to the surf coast to pick up cheap gear at the hometown of labels like Rip Curl and Quiksilver while admiring beaches so badass that Swayze had to pretend he was there in Point Break.

Stretch your muscles with endless climbing, hiking and general escaping-the-world activities in ace national parks like the Grampians, Dandenongs and Mornington Peninsula. Then stop, catch your breath and move on to the next of these 25 tips… 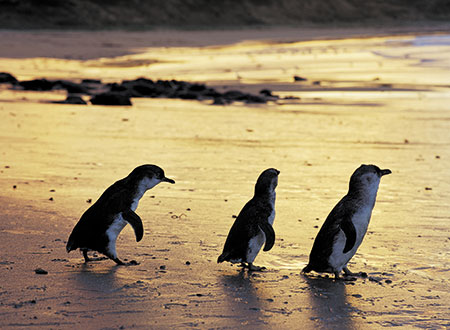 Watch the oh-so-cute little penguins waddle out of the water and head for home on Phillip Island, seemingly oblivious to the camera-wielding hordes.

Seek out Melbourne’s alternative crowd with a bar-hop around this lively, cosmopolitan suburb. Brunswick and Smith Streets are the places to go.

For a taste of the Victorian wilderness, head to the Grampians. There’s plenty of opportunities for bushwalking, horse riding and rockclimbing, plus Aboriginal rock art sites.

The “race that stops a nation” is held on the first Tuesday of November, and Melbourne grinds to a halt as everyone takes the day off and blows a week’s wages on a rank outsider.

If you want to get away from it all, head to one of Victoria’s most isolated parks. It also just happens to be the most spectacular.

This seaside town is famous for its whale watching. Head to Logan Beach between June and October. 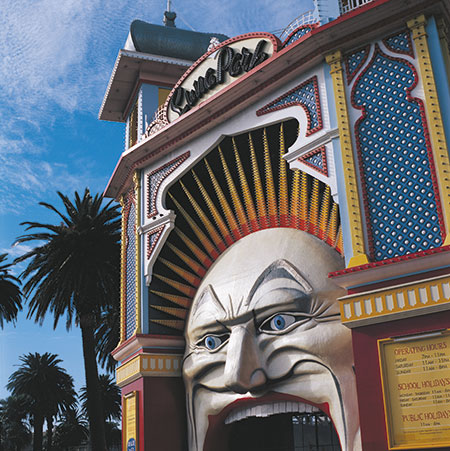 Say “hello” to your inner-child as you hurtle along the rollercoaster in this St Kilda icon. You’ll come out with a smile bigger than the one on the giant freaky-looking face.

Snow bunnies should feel right at home in Victoria in winter, as there’s plenty of skiing, snowboarding and all manner of other ways to break a few limbs. The most popular fields are Mt Buller, Mt Hotham and Falls Creek.

Every autumn, laughter comes to Melbourne in the form of one of the world’s biggest comedy festivals. Comedians from all over tickle your funny bone.

Conveniently just an hour east of Melbourne, the Yarra Valley is one of the state’s top wine producing areas, with dozens of wineries to be visited. Hic.

The endless sandy beach, just by the NSW border, separates the lakes King, Victoria and Wellington from the ocean. It’s backed by dunes and lagoons and is a stunning place to explore.

Not enough people dressed in Victorian-era clothes in your life? Get to this recreated gold-mining town – a living history museum near Ballarat – full of actors in period costume.

This mega-mental market is a source of everything from cheese to fashion. It’s also a great place to pick up a few souvenirs for mum. 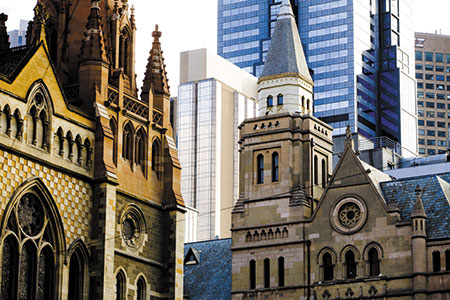 Walking tracks, abundant wildlife and stunning beaches – it’s not hard to see why the “Prom” is one of the most popular national parks in the country.

A walk along St Kilda’s Acland St is torture for a dieter. There’s a seemingly never-ending stream of bakers and patisseries. Naughty but very nice.

The Mississippi of the Antipodes, the Murray River winds majestically through NSW, Victoria and South Australia, and there’s no better way to see it than from a paddle steamer.

Sydney might be bigger, but when it comes to shopping, Melbourne is queen. There are more young and upcoming designers here than you can poke a needle at. Head to Chapel St and give your credit card the shock of its life.

One of the best surfing beaches on the Victorian coast, Bells was famously named but not used in Point Break. Only for the experienced.

Pull out your dancing shoes as Melbourne has one of the best clubbing scenes in the country. Check the local street press for latest guide. 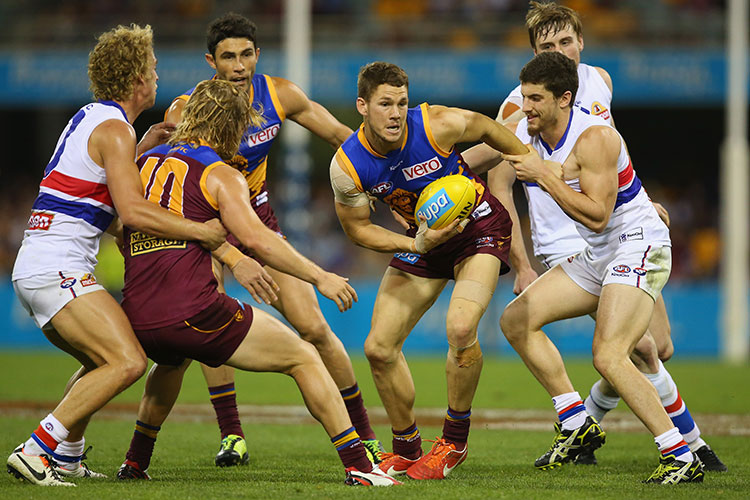 Australian rules footy is a religion in Melbourne and most weekends worshippers go to the MCG church. Go along for the atmosphere and the quintessential Victoria experience. Meat pies compulsory.

Relive the days of Australia’s favourite “crim”, Ned Kelly, around Glenrowan. Visit the gloriously over-the-top Kellyland, or put a bucket on your head and recreate the famous final shoot-out.

Melbourne has many claims to fame, but one of the biggest is that it’s home to Neighbours. Take a tour to Pin Oak Court, aka Ramsay Street, and/or meet Dr Karl at a Neighbours Night.

One of Victoria’s most famous sights, these rocks jut dramatically out of the ocean – it’s been scientifically proven it’s impossible to take a bad photo of them.

This infamous stretch of rock isn’t called the Shipwreck Coast for nothing. For the best views, head to the Cape Otway lighthouse.

Sonny Bill’s heading back to rugby, after a year in league, and wants to win at the Olympics too

3 of the Best: Meat Pies