Hoxton
Show off you pipes with some serious soul classics, backed by a live five-piece funk band. Perform music from all eras  – from Jocelyn Brown to Beyonce.

KARAOKE
Bethnal Green
Husband and wife duo Hot Breath don’t like to do things the normal way. So instead of putting on straightforward karaoke nights, they’ve come up with a host of better ways to get pissed and belt out some tunes. Previous karaoke nights include I Sing Dead People – a Halloween night with a songlist made up of only dead artists. The next night is Cardioke, which is done on crosstrainers and the person who burns the most calories during their song wins an extra-special gift. Every night features a “Sing, Spin & Win” policy that lets singers spin a wheel to win a mystery prize. 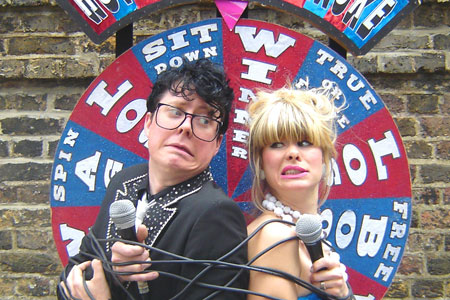 Mayfair
At Karaoke Box, every room has its own theme – try the Rat Pack-inspired Old Boys’ Room, the Eighties-style Mixtape Room, the cabaret-themed Showgirls Room, or maybe bounce around in the Lady Gaga padded-cell room.

Soho
You get a backing band for this karaoke night that champions cheesy pop classics. But not just any backing band – it’s a
10-piece ukulele band.

Islington
A heady mix of karaoke and speed dating, Speed Dueting gives you a chance to work those lungs to wow any potential suitor. Singers will be put into girl groups and boy groups (so no one has to go it alone), who then sing for each other. And as it’s Movember this month, moustaches are compulsory for the boys. 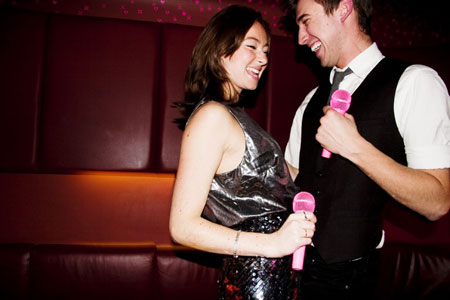 Islington
Would you prefer to get drunk and belt out your favourite songs by Pulp, The Gossip, Joy Division or Le Tigre instead of the standard karaoke cheese? Sing along to big indie tracks with the backing of a live band and you could be on the main stage at Glastonbury before you know it. Popular tracks on offer include Franz Ferdinand Take Me Out, Pulp’s Common People and Seven Nation Army by The White Stripes. After the show-offs have had their time to shine, a host of DJs play indie and pop until 4am. This sounds like a Friday night well spent – confirmed by the fact that BBC 6 Music’s Lauren Laverne is a fan.

KARAOKE ROOMS
Bloomsbury
After a game of bowling, head to the private lane-side karaoke rooms to sing some of the library of 7000 retro and indie classics. Floor-to-ceiling windows look out over the lanes, there are old-style red leather sofas and a mini-bar, plus the walls are covered with old records. Bookings last for two hours or more. 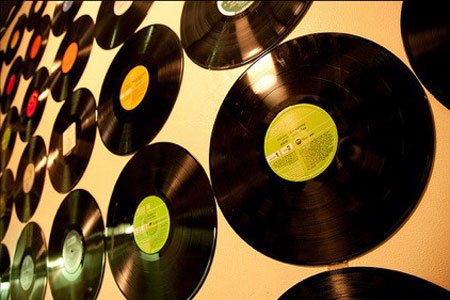 Oxford Circus
There’s no singing, just rapping at this karaoke night with a hip hop twist. MC to your heart’s content with tunes from Busta Rhymes, Missy Elliot, Cypress Hill, 2Pac, Notorious BIG, Dr Dre, Dizzee Rascal, 50 Cent and other hip hop greats. Every performer gets a free bottle of beer after they spit their rhyme and the best rapper gets a goodie bag full of CDs. Performances are first-come, first-served, so brush up on your best gangsta moves and get there early.

KARAOKE IN GRANDMA’S BURNT OUT LOUNGE

Shoreditch
Book into Villain Bar’s themed rooms – Grandma’s Burnt Out Lounge, decked out with comfy armchairs and twee lampshades, or the red leather chair-adorned Mad Men-style Ripped Out Office. Both booths are connected, so you can listen to what’s going on next door and, if you’re feeling competitive, hold your own singing tournament. Booths host up to eight people and have a selection of more than 8500 tunes. They’re also free during the week and £10 per hour on Saturdays. They both have their own drinks fridge and there’s the option to pre-order snacks. You won’t want to leave.

Green Park
A room of debauchery at the Hawaiian-inspired nightclub Mahiki, where there’s a karaoke area and a fancy dress selection. Match your outfit to your song choice. 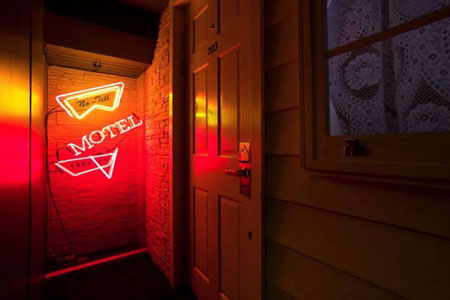 Camden
Continue the weekend at the “festival without the mud” at Proud Camden. In the main room, discover a clubnight with bands and DJs playing indie, rock, funk, soul and electro. In the VIP stables, you’ll find table football, pole dancing, plus karaoke and Guitar Hero. This week, the venue will host The Yes Men, Dancing Lotus, LazyTalk and DeSylva and the Deadhorses, who will no doubt inspire you to get creative on the mic or
on that little plastic guitar until the small hours. It’s an ideal way to get over that Monday feeling.

Battersea
Bunga Bunga, the kitchy and incredibly brilliant tongue-in-cheek bar and restaurant that both champions and lampoons Italian politics, makes an interesting place for singing karaoke tunes. Scooters hang from the ceiling, pictures of Berlusconi adorn the walls and staff wear naked aprons of the opposite sex. Serenade diners from the stage, which has pride of place right by the bar and sports a painting of the Colosseum. Or let loose in
a superbly kitsch private karaoke room, which is dedicated to The Eurovision Song Contest. 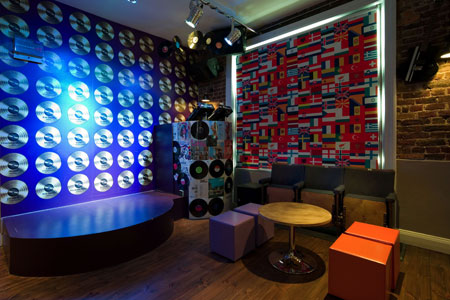 Brick Lane
After dinner and a game of bowling, head to either the “Country” or “Western” karaoke rooms to chant or croon the evening away to some retro and modern classics, over a few choice cocktails.

Kensington
This alternative night out lets you live the rockstar dream and sing with backing from a live band. Rockaoke nights happen all over London, but the next is at AAA in Kensington, where entry is free before 9pm and £6 after, and all singers get to fuel their rockstar behaviour with a free drink. The songlist includes Addicted To Love by Robert Palmer, Are You Gonna Be My Girl by Jet, Johnny B Goode by Chuck Berry, Allana Miles’ Black Velvet, Rock ‘n’ Roll Star by Oasis and Nirvana’s Smells Like Teen Spirit. You can also hire the Rockaoke band privately – now that would make a pretty awesome birthday shindig. 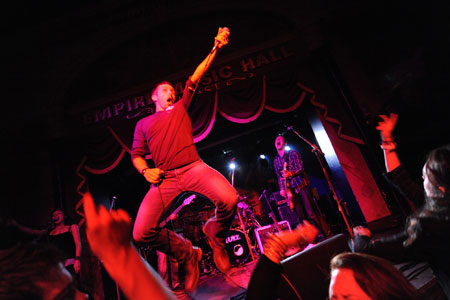 Earl’s Court
The Japanese know how to do karaoke like no one else, and this is London’s only authentic Japanese social karaoke bar.